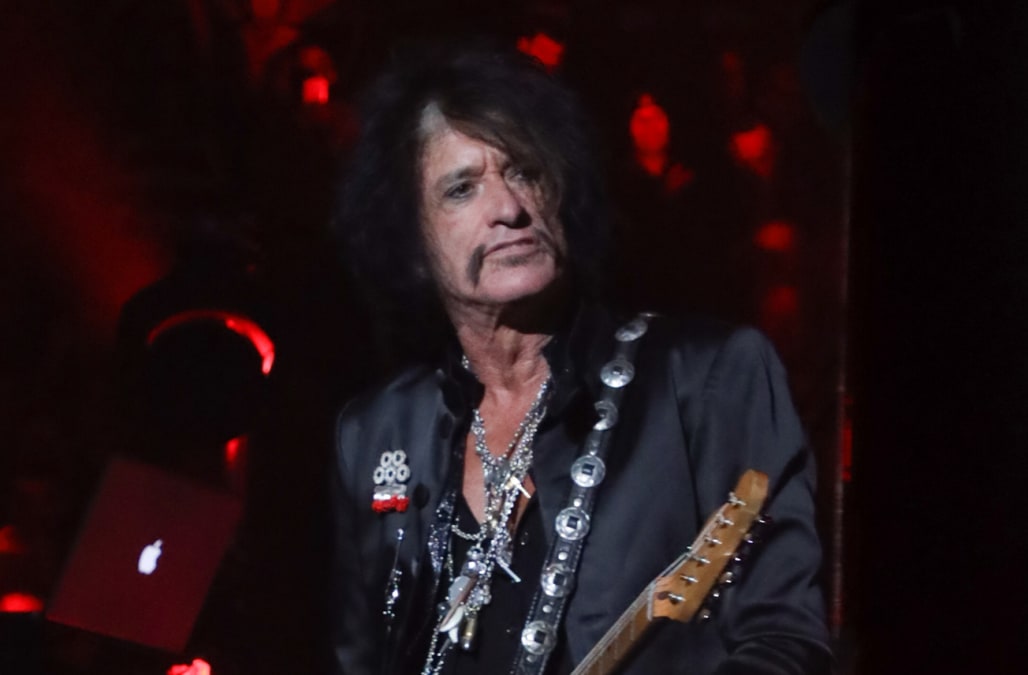 Feeling better. Aerosmith’s Joe Perry is conscious after being hospitalized following a performance with Billy Joel at Madison Square Garden in New York City on Saturday, November 10, Us Weekly can confirm.

“He had just walked off stage after performing with Billy Joel, and immediately complained of shortness of breath,” Perry’s manager, Paul Geary, explained to Us. “The in-house EMTs connected an oxygen tank and decided to take him to the hospital. He’s awake and alert this morning.”

According to TMZOpens a New Window., the musician, 68, collapsed in his dressing room. The site reports that paramedics worked on Perry for 40 minutes before placing him on a stretcher and rushing him to the hospital.

Joel, 69, who had just finished playing “Walk This Way” with Perry, reportedly remained on stage unaware of his stagemate’s condition.

The Hollywood Vampires member was also rushed to the hospitalOpens a New Window. in July 2016 after falling ill on stage while performing with the band in New York City.

Fan video from the event showed the artist sitting on a drum riser before walking off stage, where he reportedly collapsed.

Stars Who Have Bared Their Souls About Their Struggles

Hollywood Vampires singer Alice Cooper told Rolling Stone in August 2016 that the incident was due to dehydration and exhaustionOpens a New Window.. “We were doing 25 to 30 songs with no break,” the frontman, 70, told the publication. “You’re in fourth gear, and there’s no 24-hour resting period. I think it just caught up with him. He finally got up there onstage, dehydrated. And I think he was exhausted. He told me the night before he hadn’t eaten in two days.”