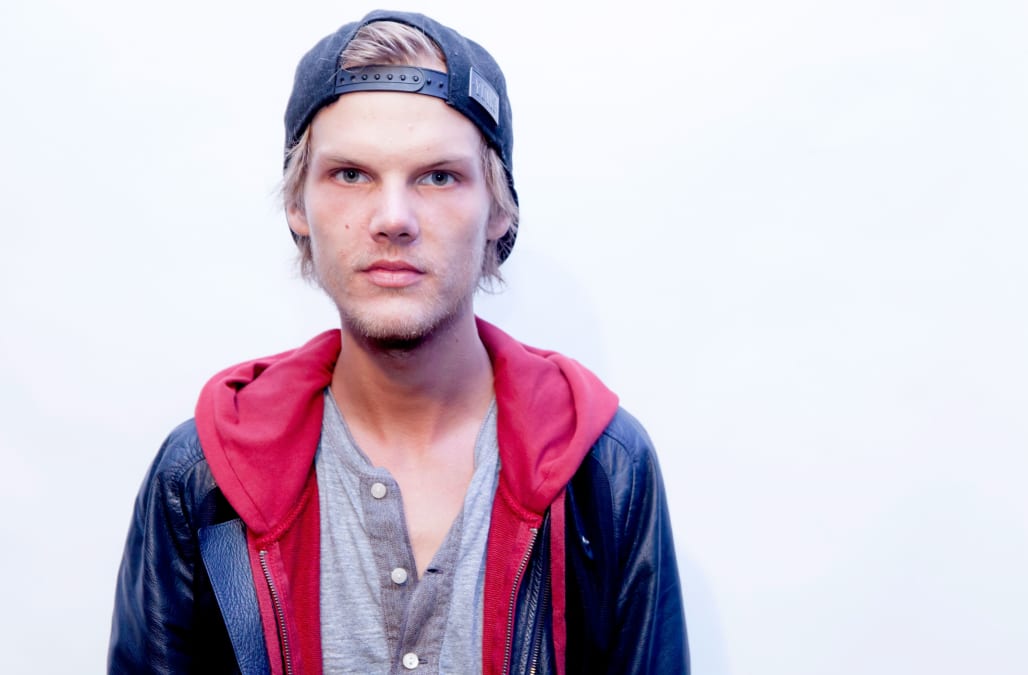 “We don’t get to die young. … We just have to push on. … We don’t get to give up this life.” These words, lyrics obtained by Variety that were purportedly from a collaboration with Swedish dance music superstar Avicii (ne Tim Bergling) before his death in April at age 28, offer a glimpse into a man seemingly conflicted about his own reason for being. Preceded by a fatalistic outlook — “Heart in your throat / It feels just like / You can’t remember how to fight” — Bergling, who typically composed and produced music to accompany verses and toplines, at the same time endorses survival. “We’ll crack before we shatter,” the song continues. “We can’t fall apart.”

Music released posthumously rarely provides answers to what was eating away at an artist who commits suicide, as in the case of Bergling or Linkin Park’s Chester Bennington, who died in July 2017; or overdoses, as rappers Lil Peep and Mac Miller did in Nov. 2017 and September of this year, respectively. But it often represents the voice that echoes from beyond the grave — the final word, as it were, in a short but impactful career.

Decisions about how to release unfinished songs — if they’re released at all — often come down to surviving family members. They, along with other stakeholders like the label and management, are tasked with assessing the quality of incomplete recordings and trying to determine the intent of the departed. Bergling’s next of kin, his parents who reside in Sweden, seem to be in no hurry to bring new Avicii tracks to market. But they have, with the help of Geffen Records, conducted a thorough inventory of what unpublished music remains, and where in the creative process it stands. According to sources, more than 100 “demos” exist — some, like the track referenced above (and recorded with the group Arizona), in at least partly produced form. (Representatives for Bergling’s family and label would not comment on the authenticity of the lyrics below.)

One insider at a major label describes the business decisions an executive is faced with when an artist dies in the prime of their career. Among the questions to consider: “What was most finished and what had the most potential? Do you complete a song or put it out rough? What do the fans want to hear?” Interest on a mass scale is there for Avicii: At the time of his death, he had amassed more than 1.7 billion on-demand streams of his music. But Bergling’s family is described as “very protective” of the work he left behind, which means some music by the beloved star may remain “lost” for the foreseeable future.

Cleopatra Bernard, mother to rapper XXXTentacion (real name: Jahseh Onfroy), who was killed in June outside a motorcycle dealer in Deerfield Beach, Fla., wound up facing a number of difficult decisions about his final album, “Skins” (due out Dec. 7). Her son’s troubled past, coupled with his violent murder after the release of his previous effort, “?,” helped propel that work to new streaming heights, landing the song “Sad” in the top 5 most consumed tracks for the year with better than 350 million audio streams, according to BuzzAngle. But in quick succession, the 38-year-old Bernard found herself at an open-casket service attended by thousands, where merchandise bearing XXX’s name and face told of the rapper’s new status as a gone-too-soon icon of the genre — and left her in possession of his laptop where untold numbers of ideas and recordings were stored.

XXX’s manager, Solomon Sobande says more than 60% of the final, unreleased album was completed when he died, but that its direction to the finish line was clear. “He was very focused on getting stuff out so all he would do is record,” says Sobande. John Cunningham, XXX’s producer, was tasked with finishing the tracks, which include the Latin-flavored lead single “Arms Around You” with Lil Pump and featuring Maluma and Swae Lee (released Oct. 25, its lyric video has more than 38 million views and the song has been streamed over 50 million times on Spotify), and the song “Bad,” which dropped today. “The difference between almost finished and completely finished were certain things that Jahseh wanted — like a children’s choir on a certain song, or a particular feature,” says Cunningham. “We knew which songs were on [the album] because he had them written down and through conversations we had. This album was really his vision.”

At a recent listening event in New York for Lil Peep’s first posthumous album, “Come Over When You’re Sober, Pt. 2” (out Nov. 9), the late rapper’s mother, Liza Womack, directly addressed the way she and his label, Columbia Records, handled the difficulty of a posthumous release by young artists who have left no explicit directions about what to do with their work if they die. Rather than attempt to enhance the material’s commercial prospects with glitzy production or beyond-the-grave duets — as has been done with deceased artists ranging from Frank Sinatra to The Notorious B.I.G. — the rapper’s estate insisted that the songs be completed by the collaborators Peep (real name: Gustav Åhr) worked with when he was alive. “If [music companies] care enough to pay for the artist’s work, they should trust in the producers and collaborators that they trusted,” she said.

Indeed, trust is key in ensuring a successful posthumous music career and it requires a coming-together of family, friends and collaborators, in addition to those with business interests. Empire CEO Ghazi Shami, whose company distributed XXX’s nearly platinum-selling “17” album and is releasing “Skins,” which it expects will do similar numbers, says he, along with Bernard, Sobande and Cunningham “shared in the decision-making” so that “everybody felt equally important.” How much additional XXX material is there? “A lot,” says Shami, surmising that the “hope and desire” is to release more unheard music, but only “in a fashion that preserves the integrity of what was there in that short period of time. I don’t want to start creating content just for the sake of milking the legacy. It wouldn’t sit right with me.”

Shami, who has no shortage of descriptors for XXX — “a profound artist,” “prodigy” and “modern day Kurt Cobain,” among them — says the person we’ll hear on “Skins” is a 21-year-old who was looking to “evolve and progress,” or, in a word, maturing. “In my heart of hearts, we’re doing this in the spirit of who he was, based on what I’ve known of him in the last year; based on what his mother has known of him his entire life; based on what John knew of him as a producer and what Solomon knew from being on the road and in the studio with him,” he says. “We’re kind of putting the wax on the car, but he built it. We’re trying to do right by his legacy.”