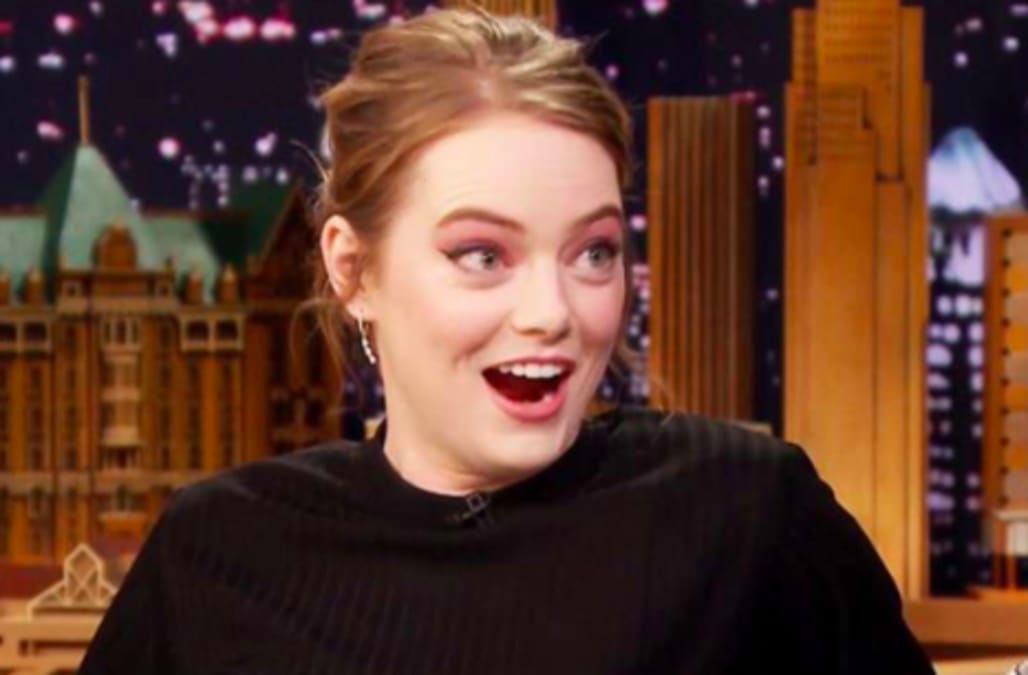 What you didn’t know until now is that the “La La Land” actress who was born Emily Jean Stone in fact changed her name to Emma because of her favorite member of the girl group, Baby Spice.

“I wanted to be called Emma because of Baby Spice and guess what, now I am,” Stone said on “The Tonight Show.” “It’s pretty messed up.”

Also Read:Emma Stone Wants You to Adopt These Hurricane Florence Rescue Pups So Bad She'll Lie About Them (Video)

18 PHOTOS
Emma Stone out and about
See Gallery

Turns out Stone is such a mega fan that she’s already seen the band several times and will see them again whenever tickets go on sale for a planned reunion tour. But she clarified that the name change wasn’t strictly because of the Spice Girls … except, yes it was.

“It wasn’t necessarily because of her, but yes, in second grade, did I go up to the teacher and ask her on the first day to call me Emma? Yes, I did,” Stone said. “Was it because of Emma Lee Bunton of the Spice Girls? Yes, it was.”

Also Read:Emma Stone and Billy Eichner Talk to New Yorkers About Instagram in 'Billy on the Street' Return (Video)

To complicate things, Stone actually told W magazine back in 2017 that she changed her stage name because there was another actress who was already named Emily Stone, first settling on Riley and then switching to Emma after realizing she’d never be able to pull off responding to “Riley.” She even said that if it were up to her, she would like her old name back.

But to put Stone literally to the test, Fallon gave her a BuzzFeed quiz to determine which Spice Girl she actually is. After picking several nonsense words like “Dingus” and preferring the scent “Lavender,” Stone actually ended up with Posh Spice, who is very disappointed that Stone didn’t actually change her name to Victoria.

Stone will appear in “The Favourite” opening on Nov. 23. Watch her segment on “The Tonight Show” above.