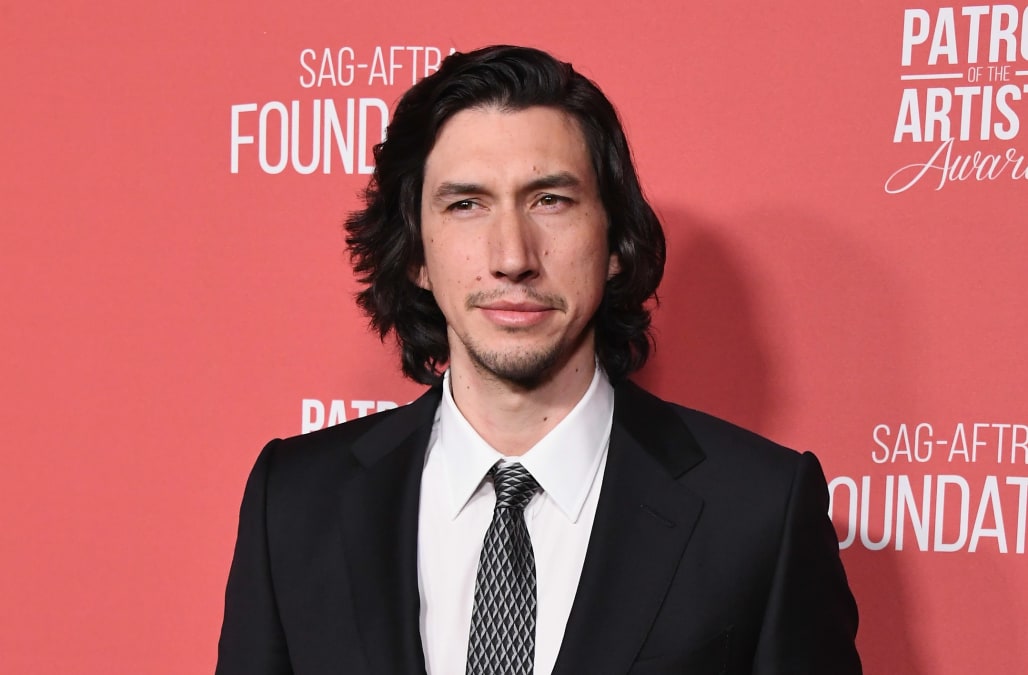 Kylo Ren may have some severe daddy issues, but it appears parenting is going well in Adam Driver's household. The only thing is, nobody knew he had a kid.

It's an impressive feat in this age of tell-all tabloids and social media: Despite speaking with press countless times for countless interviews, Driver effectively avoided ever mentioning his wife's pregnancy or the existence of their child.

The exciting news was not, the outlet clarifies, a secret to Driver's own friends and family -- he reportedly talks openly about his child among close acquaintances.

Page Six notes that on rare occasions, Driver has publicly alluded to having a kid. During 2017 shoot with W magazine, he joked that his dog is the most important thing in the world to him, off-handedly remarking, "Like, I have a kid, maybe — but the dog!”

That comment, as well as rumored sightings of the family in Brooklyn, fueled fan speculation on the subject.

The actor has also been vocal about his love for children, telling Newpaper in 2017 that interacting with kids is his favorite part of starring in the "Star Wars" franchise: "If it's for kids, I love it," he said.

Driver starred on HBO's "Girls" starting in 2012, but he became a top-tier movie star upon the release of "Star Wars: The Force Awakens" in 2015.

RELATED: Celebrities who served in the U.S. armed forces

Celebrities who served in the U.S. armed forces
Well before he would become "Star Wars" villain Kylo Ren, Adam Driver served in the Marine Corps. He joined not long after Sept. 11, 2001. He has said that post-service, while studying drama at Juilliard, he had difficulty relating to other students and adjusting to a life outside the Marines. He now runs the non-profit Arts in the Armed Forces.
Actor-comedian Rob Riggle served in the Marine Corps Reserve for 23 years, during which time he was sent to Liberia, Kosovo, Afghanistan and Albania and became the rank of lieutenant colonel. By the time he retired in 2013, he had been awarded a slew of military achievement medals. Notably, he served even while starring on "SNL" and "The Daily Show."
Drew Carey enlisted in the U.S. Marine Corps in 1981 and served for six years.
Ice-T joined the army in 1977, where he served for more than two years in the 25th Infrantry Division. In 1979 he was honorably discharged because he was a single father.
After leaving college, "U Can't Touch This" rapper MC Hammer served in the U.S. Navy for three years before he was honorably discharged.
Morgan Freeman served in the Air Force starting in 1955, spending four years there and ultimately rising to the rank of Airman 1st Class.
Singer Shaggy enlisted in the Marine Corps in 1988 and served during the Persian Gulf War. He achieved the rank of lance corporal.
Before he would become one of the country's most beloved filmmakers, Mel Brooks served in the army as a corporal, where he defused land mines during World War II.
Johnny Carson joined the U.S. Navy in June of 1943. He was en route to the combat zone on a ship when the bombings of Hiroshima and Nagasaki ended World War II in 1945.
Willie Nelson joined the Air Force in 1950, serving for about nine months.
James Earl Jones was commissioned after the end of the Korean War. He became a first lieutenant.
"It's A Wonderful Life" star Jimmy Stewart had an extensive military career, and was already famous by the time he joined the armed forces. A talented flier, he became a war pilot before he was drafted in 1940. Initially rejected because he didn't weigh enough, Stewart beefed up before successfully enlisting and continued to serve well beyond the end of World War II.
Bob Newhart was drafted into the army and served during the Korean War.
Comedian Sinbad served in the Air Force while simultaneously perfecting his stand-up routines, he has said.
Sidney Poitier enlisted in the army during World War II and briefly served as a hospital attendant.
Tony Bennett was drafted into the U.S. Army in 1944 during the final leg of World War II. He was in active combat through the end of the war and was involved in the liberation of a Nazi concentration camp.
Playboy founder Hugh Hefner served in the army from 1944 to 1946 as a writer for a military newspaper.
Up Next