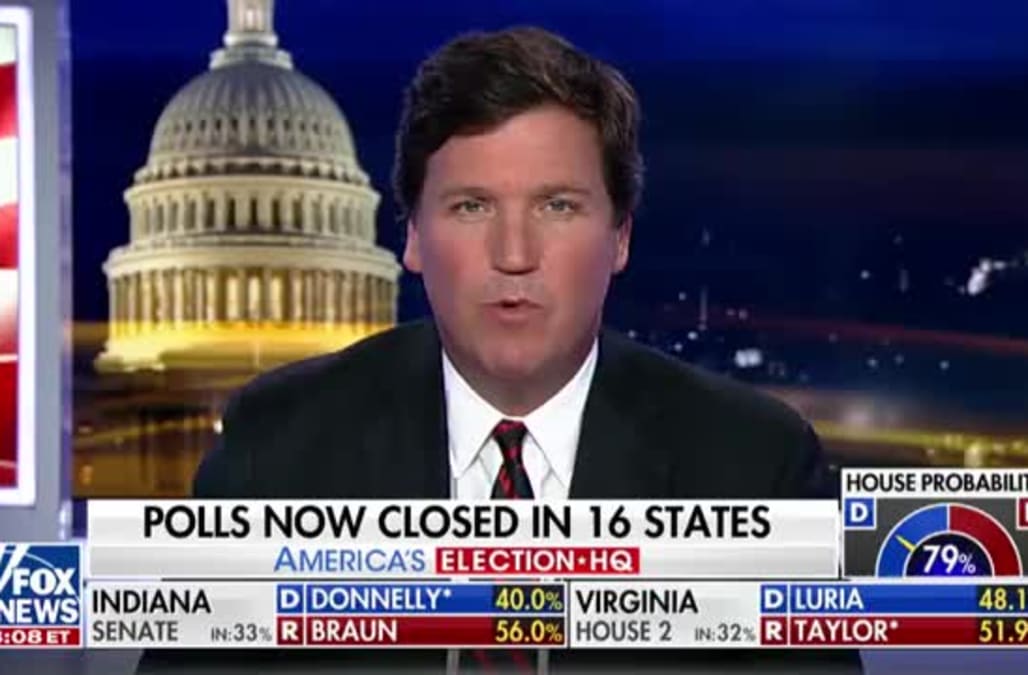 "The incident that took place at Tucker’s home last night was reprehensible. The violent threats and intimidation tactics toward him and his family are completely unacceptable," FOX News CEO Suzanne Scott and president Jay Wallace said. "We as a nation have become far too intolerant of different points of view."

The statement continues, "Recent events across our country clearly highlight the need for a more civil, respectful, and inclusive national conversation. Those of us in the media and in politics bear a special obligation to all Americans to find common ground."

Carlson himself was at FOX News' studios around 6pm Wednesday when his wife heard screaming and pounding near the family's front door. She called 911, thinking it was a home invasion, Carlson told the Washington Post.

Carlson is widely known as one of the network's most prominent right-wing pundits and frequently receives backlash over his comments on immigration and minority-related topics.

Despite being a polarizing figure, Carlson received public messages of support Thursday even from some of his most vocal critics.

"Fighting Tucker Carlson's ideas. Targeting his home and terrorizing his family is an act of monstrous cowardice," tweeted "Late Show" host Stephen Colbert, who often skewers Carlson on his show. "Obviously don't do this, but also, take no pleasure in it happening. Feeding monsters just makes more monsters."

Fighting Tucker Carlson’s ideas is an American right. Targeting his home and terrorizing his family is an act of monstrous cowardice. Obviously don’t do this, but also, take no pleasure in it happening. Feeding monsters just makes more monsters.

Conservative columnist Max Boot also weighed in, noting, "I think Tucker is a terrible influence on modern America but that doesn't justify harassing him at home."