Christina Aguilera brings daughter Summer Rain on stage with her 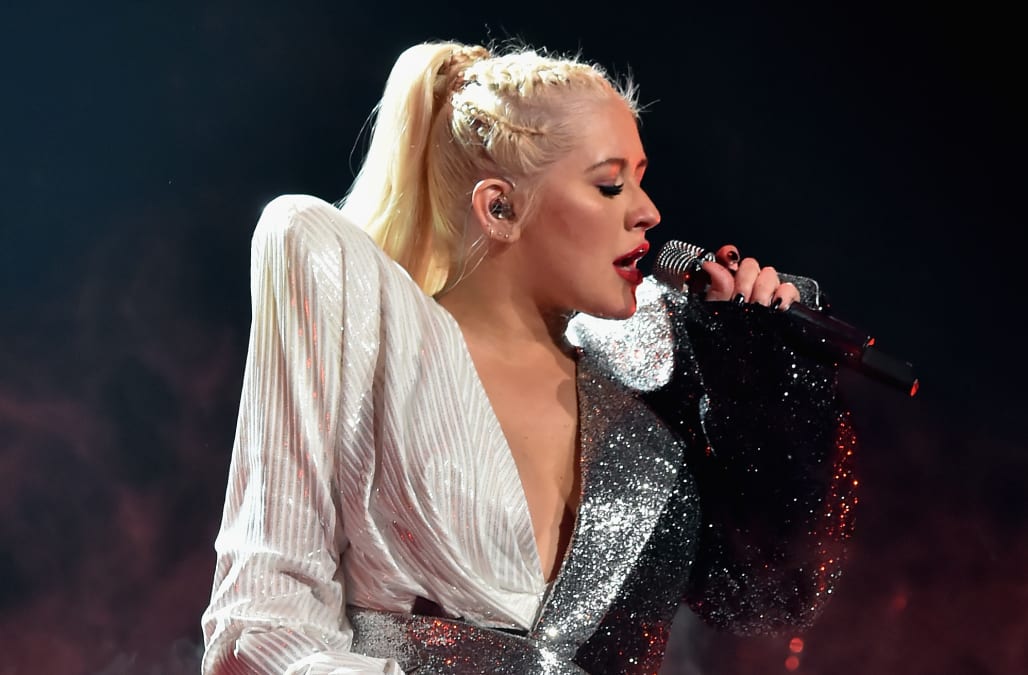 Christina Aguilera is sharing the stage with her daughter!

During the St. Louis, Missouri, stop on her Liberation Tour on Tuesday, the 37-year-old pop star brought her 4-year-old daughter, Summer Raine, onstage while she sang her 2002 hit, "Beautiful."

In an Instagram post on Wednesday, Aguilera shared the special moment with her 5.8 million followers."Do you want to hear everybody sing?" Aguilera asks her daughter -- whom she shares with her fiance, Matthew Rutler -- before turning the microphone to the audience to sing the hit song.

"It's beautiful, Sum! You hear that? I love you guys," she exclaimed after the mother-daughter duo successfully sings the song's chorus. "Summer, this was way before you were born. Mommy was wearing Chucks."

Wearing a pink top and protective headphones, Summer looked a little nervous while she sat with her mom on the steps of the stage.

"Summer begs me to come out every night onstage! And then gets shy...but loves it...she’s taking it all in early," Aguilera captioned the clip.

The tour -- Aguilera's first in more than a decade -- kicked off in September in Hollywood, California, and is set to conclude next week in St. Petersburg, Florida. ET's Keltie Knight caught up with the "Ain't No Other Man" singer last month, where she dished about what it's like touring with Summer and, occasionally, her 10-year-old son, Max, whom she shares with her ex, Jordan Bratman.

"I mean, it's a lot of extra work, but it's amazing. It's actually why I was hesitant [to tour] because it's a lot to juggle, so many hats and so many things at the same time," she revealed. "It's different from touring when you're 21 years old. It's very narcissistic, and all you think about is yourself. All you have to think about is yourself, and now you're thinking about the blankies and the favorite stuffies and it's all the mom stuff."

"But, you know, it's honestly just definitely in her blood. She has surprised me," she added of Summer. "My son comes in and out, and he's a trooper too -- as long as he has his Fortnite here and there."