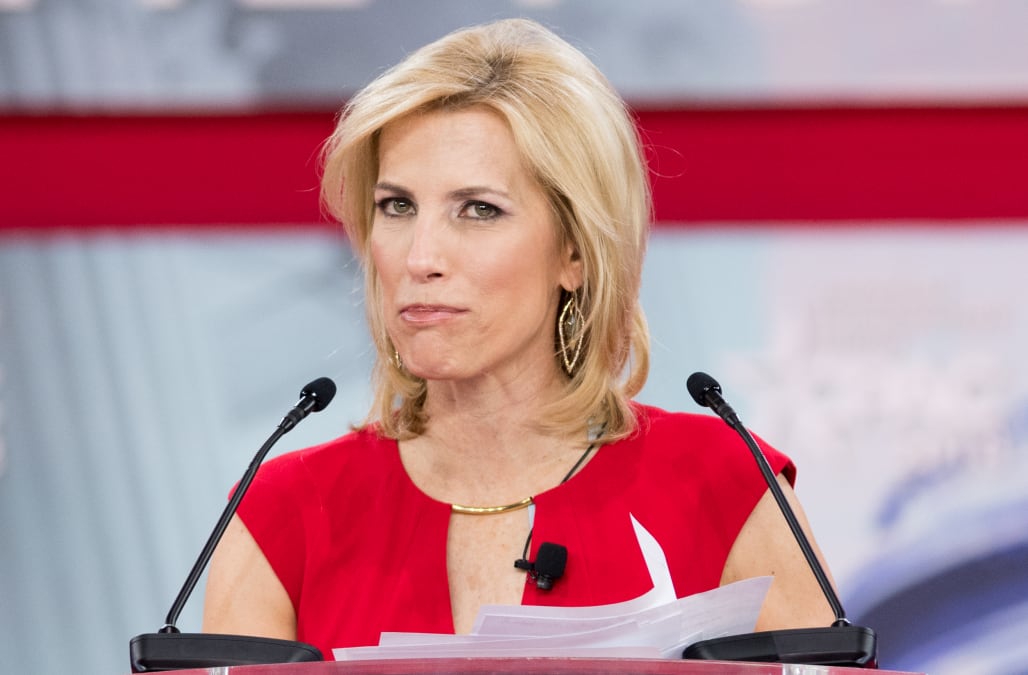 Fox News host Laura Ingraham offered a trollish tweet to Taylor Swift on Tuesday evening, mocking the musician over her supported of Tennessee Senate candidate Phil Bredesen, who came up short last night in his race against Republican Marsha Blackburn.

“Hey @taylorswift13, haters gonna hate,” she said adding a  “#shakeitoff” hashtag — a reference to a popular song by Swift. Despite Republicans loosing control of the House of Representatives, Ingraham also used the evening to take shots at other celebrities including Oprah and Will Ferrell, who she lumped among the night’s “biggest losers.”

Also Read:Laura Ingraham Dismisses Latest Kavanaugh Accusation: 'We Were All in College'

Swift — one of entertainment’s most famously apolitical celebrities — broke her silence in 2018, urging fans in a lengthy Instagram post to back Bredesen.

“As much as I have in the past and would like to continue voting for women in office, I cannot support Marsha Blackburn. Her voting record in Congress appalls and terrifies me,” said Swift. “I will be voting for Phil Bredesen for Senate and Jim Cooper for House of Representatives. Please, please educate yourself on the candidates running in your state and vote based on who most closely represents your values.”

In her post, Swift cited Blackburn’s vote against the reauthorization of the Violence Against Women Act, her opposition to same-sex marriage and other issues as the reason for her decision.

I’m writing this post about the upcoming midterm elections on November 6th, in which I’ll be voting in the state of Tennessee. In the past I’ve been reluctant to publicly voice my political opinions, but due to several events in my life and in the world in the past two years, I feel very differently about that now. I always have and always will cast my vote based on which candidate will protect and fight for the human rights I believe we all deserve in this country. I believe in the fight for LGBTQ rights, and that any form of discrimination based on sexual orientation or gender is WRONG. I believe that the systemic racism we still see in this country towards people of color is terrifying, sickening and prevalent. I cannot vote for someone who will not be willing to fight for dignity for ALL Americans, no matter their skin color, gender or who they love. Running for Senate in the state of Tennessee is a woman named Marsha Blackburn. As much as I have in the past and would like to continue voting for women in office, I cannot support Marsha Blackburn. Her voting record in Congress appalls and terrifies me. She voted against equal pay for women. She voted against the Reauthorization of the Violence Against Women Act, which attempts to protect women from domestic violence, stalking, and date rape. She believes businesses have a right to refuse service to gay couples. She also believes they should not have the right to marry. These are not MY Tennessee values. I will be voting for Phil Bredesen for Senate and Jim Cooper for House of Representatives. Please, please educate yourself on the candidates running in your state and vote based on who most closely represents your values. For a lot of us, we may never find a candidate or party with whom we agree 100% on every issue, but we have to vote anyway. So many intelligent, thoughtful, self-possessed people have turned 18 in the past two years and now have the right and privilege to make their vote count. But first you need to register, which is quick and easy to do. October 9th is the LAST DAY to register to vote in the state of TN. Go to vote.org and you can find all the info. Happy Voting! 🗳😃🌈

Though the Democratic house takeover was unquestionably the night’s biggest story, many of the most high profile, celebrity backed races went against Democrats Tuesday evening. Hollywood favorite Beto O’Rourke was defeated by Sen. Ted Cruz, losing by more than 200,000 votes. While Georgia’s Democratic gubernatorial candidate Stacey Abrams appears to have lost her race to Secretary of State Brian Kemp.

Another Democrat, Andrew Gillum came up short in his race for governor of Florida to the staunchly pro-Trump Ron DeSantis. The loss raises grave questions about the ability of Democrats to take the state in the coming 2020 presidential matchup.

More from The Wrap:
In boss move, 50 Cent buys 200 top tickets to Ja Rule concert next month ‘to leave them empty’
Mariah Carey to join ‘The Voice’ as a key advisor for knockout rounds
Kanye told ‘shut the f--- up’ after calling for repeal of amendment that abolished slavery