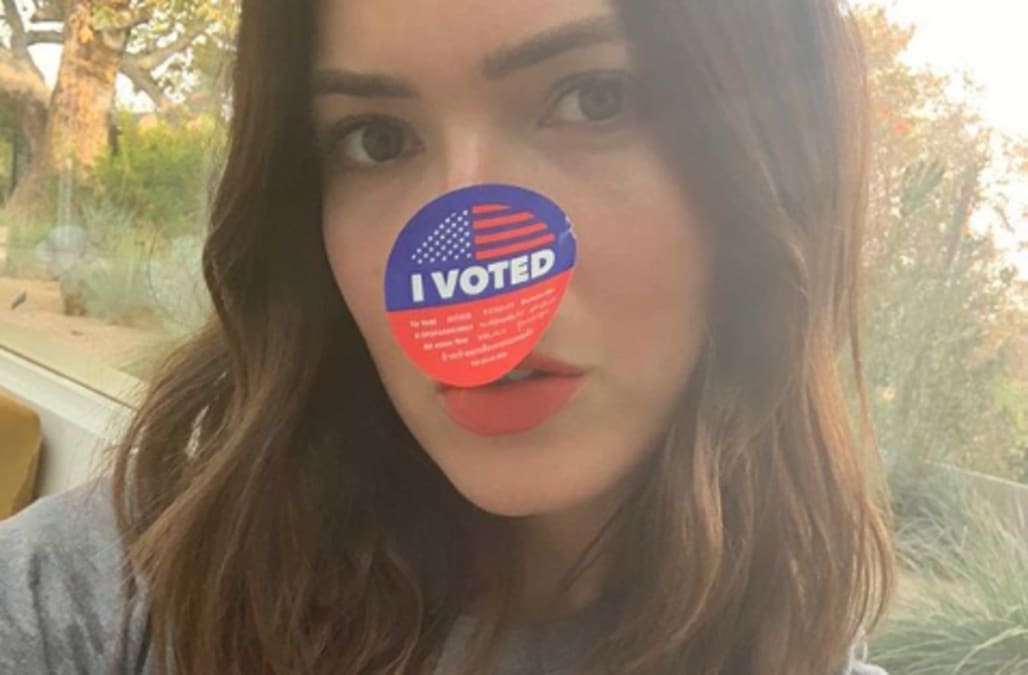 Stars are taking to social media to get their fans in the voting booth!

From Gwyneth Paltrow to Jada Pinkett Smith and Justin Timberlake, celebs are taking time to not only go out and vote but to encourage their followers along the way.

Known for being politically silent in the past, Taylor Swift recently spoke out on the importance of voting and took to Instagram to share a photo of with her mother who voted in the state of Tennessee. P.Diddy shared a fun video dancing alongside D.J Khaled and Tiffany Haddish, who came together at Flordia A&M University to support Democratic nominee Andrew Gillum.

Bring that energy to the polls today! We came together last night in support of @AndrewGillum for Florida Governor. If you VOTE he will WIN. #BringItHome ⁣ ⁣ Georgia your race is just as important and every single vote counts. Don’t make any excuses, get out and vote @StaceyAbrams for governor!!!

A-list couples including Blake Lively and Ryan Reynolds, Faith Hill and Tim McGraw came together to share romantic selfies of their voting stickers.

Check out which celebs are getting political in the gallery below, and make sure to grab your friends and family to go out and vote today!

Find your voting location at Vote.org

RELATED: Celebrities who have run for office

13 PHOTOS
Celebrities who have run for office
See Gallery

Celebrities who have run for office

Sonny and Cher are one of the most iconic music duos in the world but in the early '80s, Sonny switched gears and became the mayor of Palm Springs,CA. He eventually went on to become the Republican congressman for California's 44th district from 1995 until his death in 1998.

Arnold Schwarzenegger stepped away from Hollywood and served as governor of California from November 2003 to January 2011 although he had no prior political experience.

Controversial actress, Roseanne Barr ran for president in 2012 and shockingly made it all the way to the Green National Convention but was defeated by Jill Stein.

NBA legend Shaquille O'Neal announced that he's planning on running for Sheriff in 2020 although he did not announce in which state.

"Saturday Night Live" alum Al Franken was first elected in 2008 as the United States Senate in Minnesota and later went on to win the reelection in 2014.

The former"Sex and the City" star ran for Governor of New York in 2018 but was eventually defeated by Andrew Cuomo.

Howard Stern announced his candidacy for Governor of New York under the Libertarian Party ticket, challenging Mario Cuomo for re-election in 1994.

Wyclef Jean expressed his interest in running for president of Haiti following the 2010 Haiti earthquake. His bid for candidacy was eventually rejected because he did not meet the residency requirement of living in Haiti for five years before the election.

In 1970, Jerry Springer unsuccessfully ran for Congress but eventually served as the 56th Mayor of Cincinnati.

Ronald Reagan ditched his Hollywood lifestyle to dive into politics. After winning the election for governor of California, Reagan eventually became the 40th President of the United States.

Hollywood's most famous child star Shirley Temple was an outspoken Republican who unsuccessfully ran for California Congress in 1967. After extensively becoming involved in foreign services, she was named US ambassador to Ghana and Czechoslovakia, and eventually went on to become Chief of Protocol of the United States.

Donald Trump served as the host and producer of NBC's reality show "The Apprentice" from 2003-2015 and has made cameos in "Home Alone 2," "Sex and The City," "Zoolander" and more. In 2017, Donald Trump became the 45th President of the United States.