Kristin Davis on letting go of Hollywood beauty standards: 'I feel stronger in who I am' 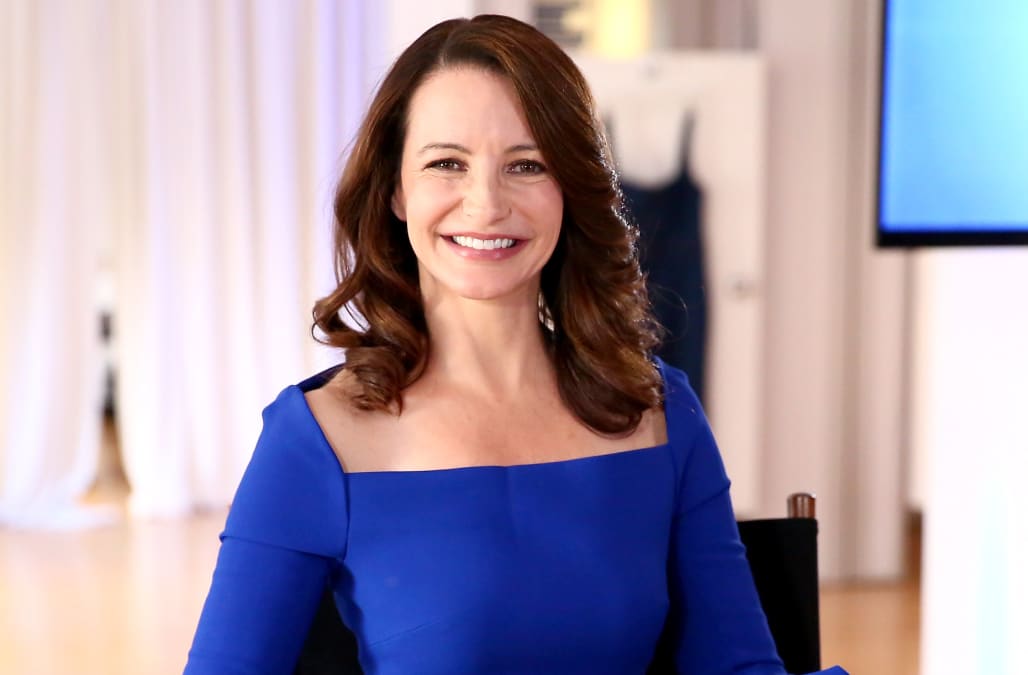 Throughout her decades-long career in Hollywood, Kristin Davis has had an up-and-down struggle with body image and conforming to the impossible beauty standards that the industry has for women.

"I used to go to the gym six days a week, two hours a day. I worked hard to try to fit into the Hollywood standard or what I perceived that to be," she told AOL's Gibson Johns at CoolSculpting's Denim Denial event. "It was a struggle, because that was not really my body and I was killing myself trying to change it."

Davis told us that there wasn't one moment where she suddenly stopped trying to look the way that she thought she was supposed to look -- in fact, she's not entirely sure that she's totally past worrying about it. But she has certainly grown to accept and love her body for what it is.

"I don’t know if I’ll ever be able to say that that doesn’t concern me or that I don’t think about [beauty standards], but on the other hand, I feel stronger in who I am and that my body is my body and a lot of people love my body," she explained. "Maybe there are people who don’t, but that’s always going to be the case. Don’t even give it weight. It is what it is and you’re never going to please everyone. I definitely feel more sure and confident then I did when I was younger."

Plus, having to see yourself on screen is simply part of her job as an actress, which means that paying attention to what she looks like comes with the territory, for better or worse.

"Part of the reason that it’s hard to do is that you go in and play parts where you can’t avoid having to wear certain things in our jobs. It’s been a stressful thing for me over time and hard to get enough self-worth where I can be like, 'I’m just gonna look however I’m gonna look on screen,'" she added. "The truth is that it’s just part of our job. It’s a visual job, and it’s tough. You have to hear everyone else discuss it, in print, too."

9 PHOTOS
Kristin Davis out and about
See Gallery

Davis credits both her success and her time as a mother as helping her to overcome a lot of the stress associated with keeping up her appearance. Success brought her a sense of validation and agency of sorts, while motherhood simply took up all of her time: Who has time to even think about working out every day when you're a single mother with two kids to worry about?

"The thing that has changed [my outlook] has been becoming a mother," Davis told AOL. "You have a whole other focus, and you’re not going to the gym six days a week. Plus, I got burned out and I hated it. I was exhausted, and it’s just not me."

The former "Sex and the City" actress says that her favorite workouts these days are hiking near her Hollywood Hills home and doing yoga, which reminds her of her time as a yoga teacher before she landed her gig on "Melrose Place" in the '90s.

Of course, there are other ways of addressing so-called problem areas on ones body, which is having some sort of work done. There are countless procedures out there, both invasive and not, and Davis has turned to one specific procedure to help her target certain areas that she's unhappy with -- and she isn't afraid to admit it, either.

"I feel like that stigma is going away a bit," Davis said of getting work done. "If you look at the figures, there are a shocking number of people who get plastic surgery these days -- it’s not just Hollywood. It’s all around the world, and CoolSculpting is the No. 1 fat-reduction treatment around the world. This is telling us that it works! Yes, there’s a stigma, but I think that’s eroding. Plus, CoolSculpting is the happy medium."

"You don’t want to be promoting people being unhappy with their bodies, but I feel like people are just going to have those things that they’re self-conscious about," she added. "If there’s a way that’s not dangerous to treat it, why not let people know?"

Davis has already done one treatment of CoolSculpting and she's already back in an old pair of jeans.

"I’m happy to say that I’ve had one treatment and not that long after I could button my jeans," she said with a laugh. "And I’m going to go for more!"

More from Aol.com:
'Buying It Blind': Watch an exclusive first-look at the series premiere!
Why Jane Fonda feels bad for Megyn Kelly after her show's cancellation (Exclusive)
'RHONY': Whose face did Bethenny Frankel cover on Instagram?