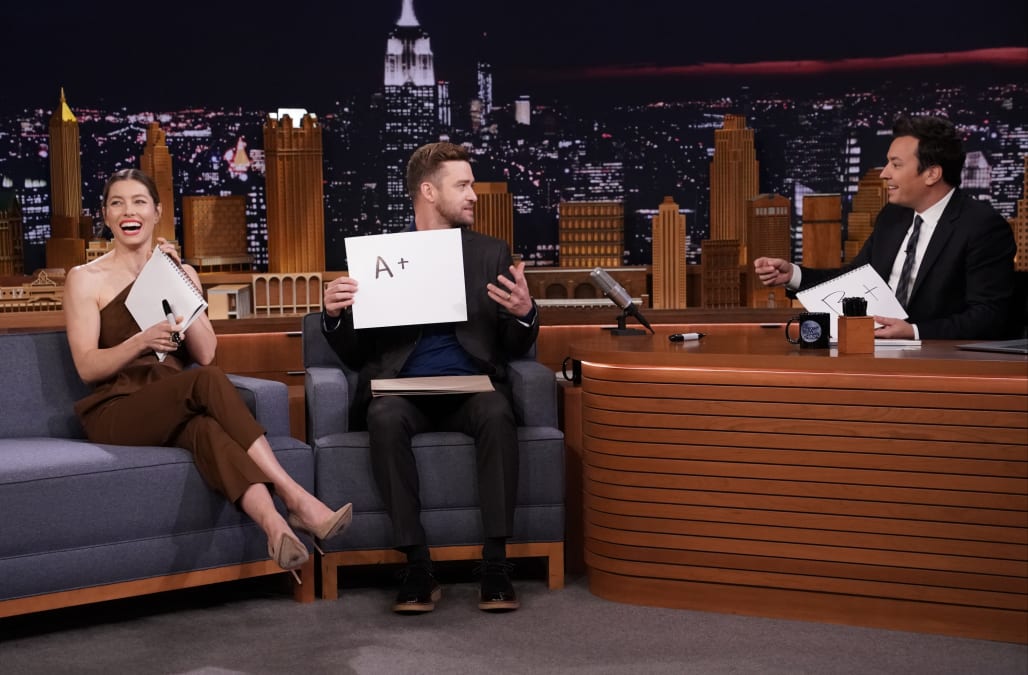 Justin Timberlake is on vocal rest due to protecting his bruised vocal chords, but that didn't stop the singer from showing up to his appearance on The Tonight Show to hang out with one of his best friends, Jimmy Fallon.

Timberlake also played Fallon's hilarious game "Slow Turn, Tiny Nod," which he was oddly really good at. Seriously, he has the creepiest wink ever! The Man of the Woods singer also let Fallon speak for himas they talked about his new book called Hindsight: And All the Things I Can't See in Front of Me, as he held up an iPhone with pre-recorded videos, that Fallon created beforehand, in front of his mouth.

Timberlake's new memoir reveals the moment he met and fell in love with his wife, Jessica Biel. However, on Thursday night, Timberlake revealed that Biel actually "loves" that he can't talk right now.

Mrs. Timberlake then made a surprise appearance to hang with the bros and, together, they played a game to find out who knows Timberlake better.  While Fallon got the first two wrong, there was one answer he knew that totally shocked Biel – Timberlake's safe word, which is (spoiler alert) Pineapple. As Timberlake pointed out: things just got weird.