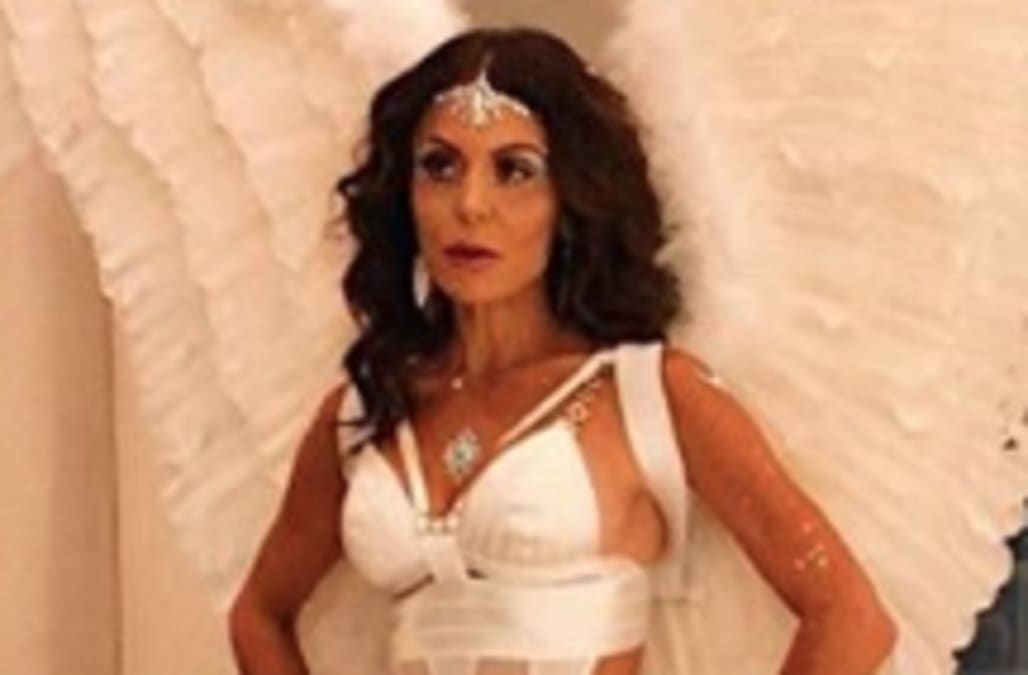 This Skinnygirl has no time for haters. Bethenny Frankelclapped back at social media trolls who criticized her Victoria’s Secret Angel Halloween costume for being too revealing for her age.

Frankel’s followers accused the reality star of being too old for the look.

Another user added: “You have a great figure but Maybe something a bit more age appropriate?”

“Considering your recent loss I am questioning why you would think this costume is in good taste????” a third person wrote, seemingly referring to the death of Frankel’s on-off boyfriend, Dennis Shields, who died from a reported drug overdose in August.

Frankel wasted no time responding to the criticism in the comments section of her post.

“For those haters, I suppose that monetizing reality TV is not the only good idea that the Kardashians and I have shared simultaneously,” she began, referring to Kourtney, Kim and Khloé Kardashian and Kendall and Kylie Jenner also dressing up as VS Angels for Halloween this year. “For those who bash theirs or my body, go hate somewhere else. We are mothers and daughters and I chose those very polarizing ruffle boy shorts thus opting to not show my vagina this Halloween. I’m in my late 40s. This is my God given body with no receipts attached (a breast lift 12 years ago notwithstanding) to it. Perhaps next year I will go pantyless & await more constructive comments.”

Max Carver and Holland Roden's idea was creative -- their idea was the "Rick Owens Spring 2016 collection," a runway show earlier in the year during which the models walked while holding each other upside down. However, for people who weren't familiar with the reference, it looked way more sexual than intended. (Especially since their "models" were sex dolls.)

The Prince Harry of today hopefully cringes when he thinks about what he wore to a 2005 costume party: The then-20-year-old royal dressed up as a Nazi, and when photos leaked, it was certainly not a good look for the family.

While the offensiveness of Hilary Duff and her then-boyfriend's coordinating costumes is up for debate (some would certainly object while others would find it to be typical Halloween fare), it's the timing that really did them in. The two donned these costumes in late 2016, just when protests regarding the Dakota Access Pipeline were really heating up.

In 2006, just one month after beloved zookeeper Steve Irwin died in a fatal stingray incident, Bill Maher dressed up in an Irwin costume for Halloween -- complete with fake blood and a faux stingray tail sticking out of his chest. This was a popular "shock" costume at the time, but hopefully we all know better now.
Julianne Hough faced a massive onslaught of criticism in 2013 when she stepped out in blackface to dress up as a character from "Orange is the New Black."
Scott Disick was widely reprimanded for this Middle Eastern costume. He captioned the photo, "Happy Halloween! We getting Arab money tonight."
Colton Haynes is known for his over-the-top Halloween costumes, but some of his early ones required him to make subsequent apologies. The most egregious was when he dressed up as Kanye West in 2011, complete with full-on blackface.
Up Next

She concluded: “To the rest of you, I had the best Halloween ever, trick or treating with my peanut then dancing w my ladies. XO.”

After trick-or-treating with her 8-year-old daughter, Bryn, Frankel attended costars Luann de Lesseps and Sonja Morgan’s Halloween party at the Kimpton Hotel Eventi in New York City on Wednesday, October 31. An eyewitness tells Us that Frankel was dancing to Calvin Harris’ “This Is What You Came For” during the bash with Morgan, Tinsley Mortimer, Dorinda Medley and new housewife Barbara Kavovit. De Lesseps performed during the party, and Ramona Singer also stopped by later in the evening.

More from Us Magazine:
Kim Zolciak confirms she had a breast reduction: ‘Feeling fab at 40’
Blake Lively looked like a boss at her movie rremiere
Denise Richards kept her wedding dress short and sweet