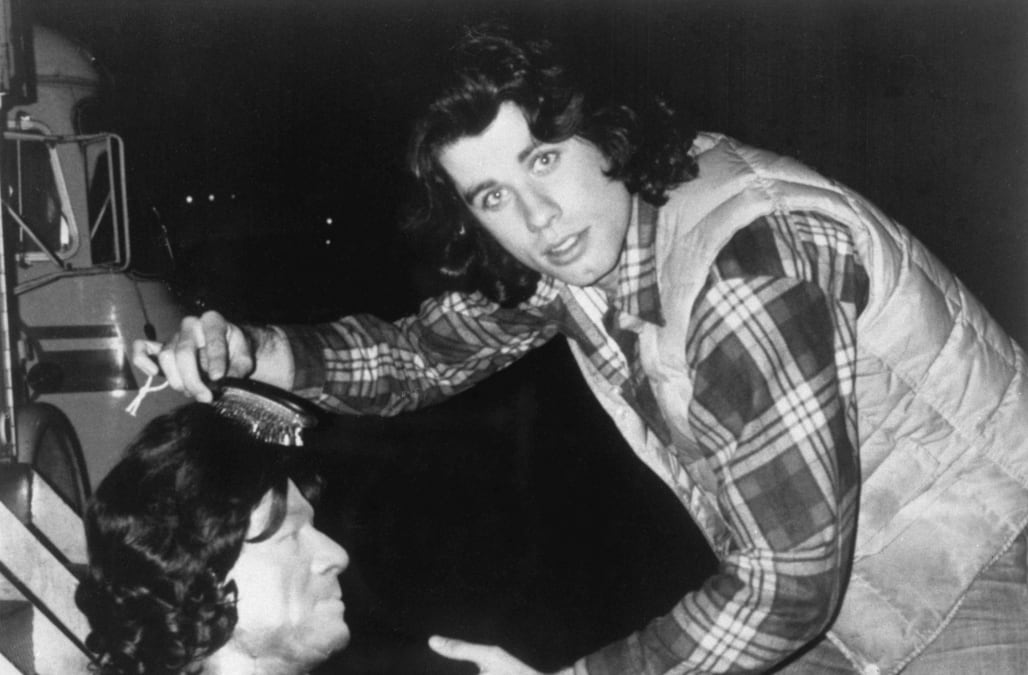 It’s hard to believe that Brian De Palma’s “Carrie” came out almost 42 years ago. Star John Travolta took to Instagram to share a set photo from the horror film to remind us.

“On the set of #Carrie over 40 years ago,” Travolta wrote on Instagram on Tuesday. “I don’t think any of us could have known the life the movie would take on for decades…or how many times we’d have to explain to our families the blood was actually corn syrup!”

The photo features Travolta, who portrayed bully Billy Nolan. Sissy Spacek (who played the titular character) also appears in the pic along with Nancy Allen and William Katt.

1976’s “Carrie” was directed by De Palma, based on the novel by Stephen King. Lawrence D. Cohen wrote the screenplay, and Piper Laurie, Amy Irving and Betty Buckley also starred. The film was one of Travolta’s earlier film roles.

“Carrie” was remade in 2013, with Chloe Grace Moretz starring as Carrie White. Julianne Moore, Portia Doubleday and Ansel Elgort also starred in the film that was directed by Kimberly Peirce.

More from The Wrap:
Chloe Grace Moretz, Jack O’Connell to play Bonnie and Clyde in ‘Love Is a Gun’
John Krasinski reveals he also played the monsters in ‘A Quiet Place’ (Video)
Tim Tebow faith-based film ‘Run The Race’ acquired by Roadside Attractions