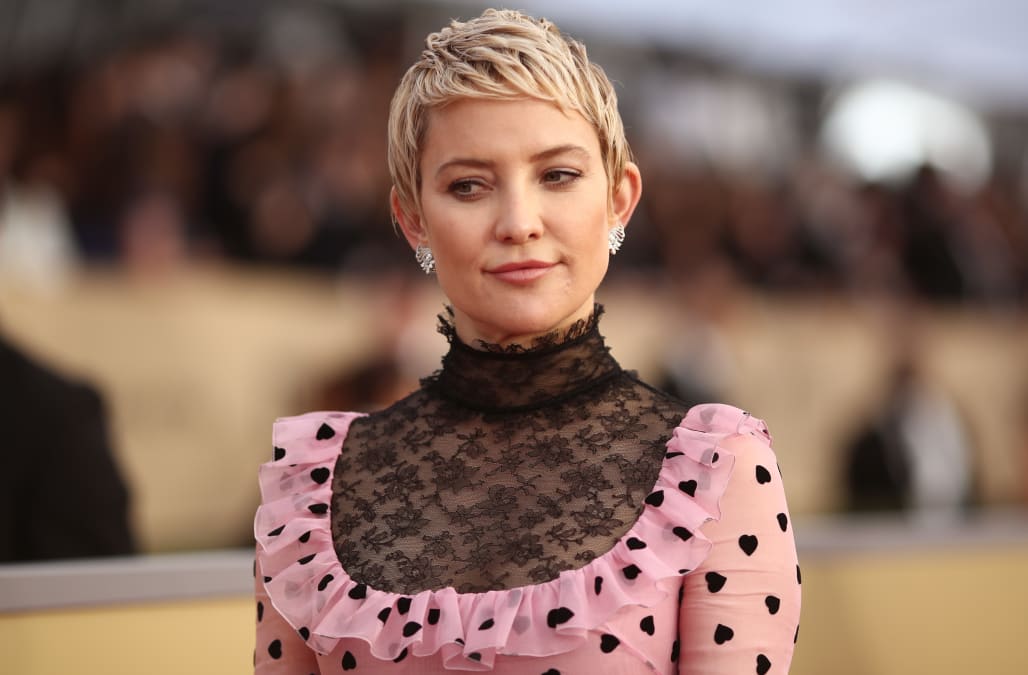 Kate Hudson is getting mixed reviews on her Halloween costume.

The 39-year-old actress -- who just gave birth to her third child earlier this month -- is clearly a fan of Netflix's docuseries, Wild Wild Country, and let it be known by dressing up as someone you may see in the show. The documentary is about the controversial Indian guru Bhagwan Shree Rajneesh (Osho), his one-time personal assistant Ma Anand Sheela, and their community of followers in the Rajneeshpuram community located in Wasco County, Oregon.

Hudson and her friends mirrored the new age movement's followers by posing in all shades of red for an Instagram photo. The Almost Famous star is in the middle of the pic with her hands in a prayer pose, while her boyfriend, Danny Fujikawa, stands behind her.

The mother of three captioned the image with a quote from Rajneesh, which reads: "Don’t be worried about the future. Live this moment so totally that the next moment comes out of it golden.”

The party appears to be one of the first times Hudson has left her newborn daughter, as she also hashtagged the photo:  "#FirstNightOut #WildWildCountry #LastedAnHour #BabySteps."

“Don’t be worried about the future. Live this moment so totally that the next moment comes out of it golden.” -Bhagwan Shree Rajneesh #FirstNightOut #WildWildCountry #LastedAnHour #BabySteps 🎃

After sharing the pic from the cult-inspired costume party, Hudson received mixed reviews on the getups.

"Wow....yuck... this group committed bio-terrorism against my home town. This was really, really poor," one comment reads.

"I never heard of this cult but it sounds like this choice was..... well.... not good.... perhaps fictional killers next Halloween," another Instagram user wrote.

"No! Not cool from those of us from Oregon!!! They took over and it is not a great memory!" read another message.

Still, some of Hudson's fans found the costumes to be clever. "I grew up on this commune and when I saw this photo, thought I might recognize someone. It's that good. Well done!!" said one Instagram user.

Even Philip Toelkes -- who went by Swami Prem Niren when he served as the top attorney for the group in the '80s -- told TMZ that he approved of the group getups.

Hudson isn't letting the costume controversy get to her. In fact, after her rare night out, she shared a photo of her daughter, Rani, who is nearly a month old now.