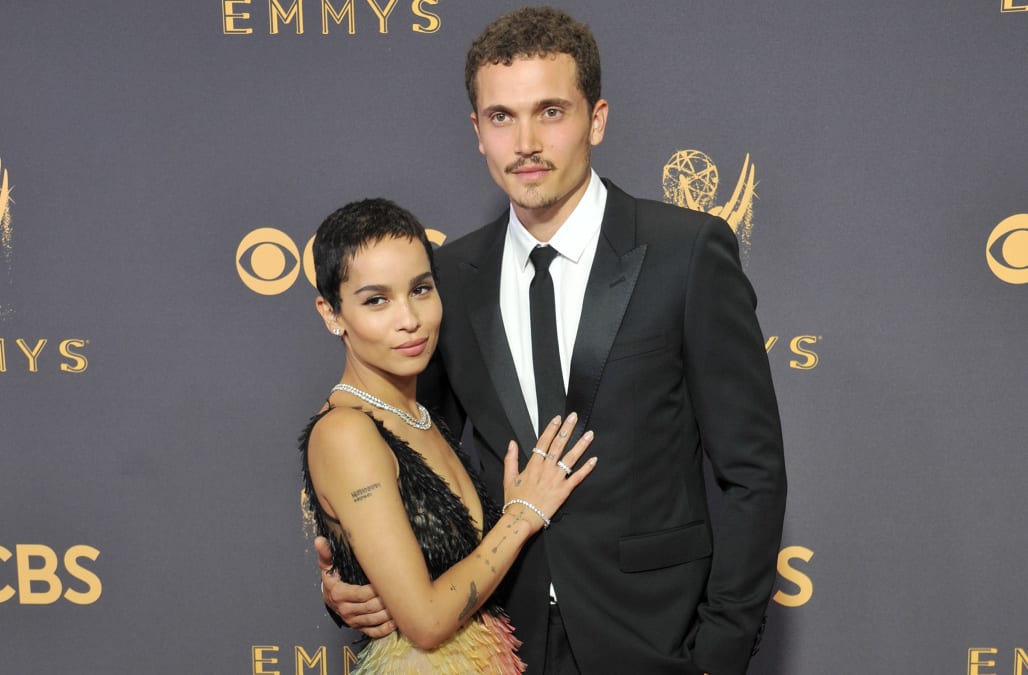 Kravitz and Glusman have been dating since 2016. In the interview, Kravitz shares that they've actually been engaged since February, and describes how the 30-year-old actor proposed. TheBig Little Lies star says he popped the question in their living room after a plan to surprise her in Paris didn't pan out. Glusman lit candles and played Nina Simone music, and Kravitz says she immediately noticed how nervous he was -- also noting that she was "a little drunk" at the time.

“I could feel his heart beating so fast -- I was like, ‘Baby, are you OK?’ I was actually worried about him!” she recalls.

When Glusman ended up dropping to one knee, Kravitz hilariously told him, "‘Yes, stretch! Stretch to calm your heart down!’”

Kravitz now says she couldn't be happier with how the proposal turned out.

“He nailed it,” she says. “And I love that it wasn’t this elaborate plan in Paris. It was at home, in sweatpants.”

“I can be my weirdest self around him,” she also notes of her fiance. “It’s so relaxing to be around someone where you can be a hundred percent how you feel.”

Kravitz and Glusman met at a bar two years ago while hanging out with mutual friends. The actress recalls to the magazine that he had a crush on her but was too nervous to talk to her, so she took the initiative and invited him to an after-party at her house. She says the two ended up making out, and the rest is history, with him moving in with her shortly after.

Prior to Glusman, Kravitz had been linked to Penn Badgley, Michael Fassbender, Chis Pine, Ben Foster and Ezra Miller.

Meanwhile, Glusman couldn't be prouder of Kravitz's stunning Rolling Stone cover. On Monday, the Nocturnal Animals star shared the cover on Instagram, in which she poses naked in homage to her mother, Lisa Bonet's, famous nude Rolling Stone photo shoot 30 years ago. Bonet was actually two-months pregnant with Kravitz at the time of the photo shoot.

More from ET Online:
Jenna Dewan spotted kissing new man after filing for divorce from Channing Tatum
John Mayer gets candid about his sex life, hints at his number
Teresa Giudice speaks out for the first time on husband Joe's deportation order (Exclusive)