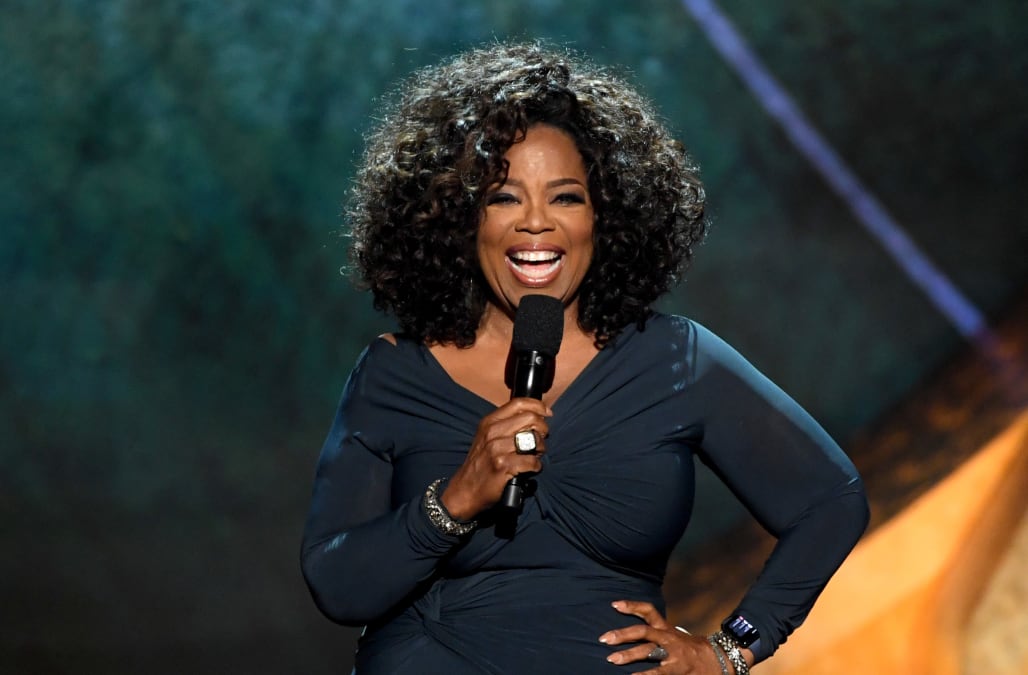 Mindy Kaling will always respond to Oprah Winfrey's texts -- no matter what she's in the middle of doing!

On Sunday's series premiere of Busy Philipps' talk show, Busy Tonight, Kaling revealed that she answered her friend's text while in labor with her 10-month-old daughter, Katherine.

"I'm not, like, Gail [King] close with Oprah, but I would say we're friends. I have her phone number," Kaling, 39, told Philipps, who seems overjoyed with the duo's friendship. "I will say, when I was in labor with my baby I got a bunch of texts and the great thing about when you're in labor is like, 'Oh, I don't have to respond to any of these people.'"

Philipps, 39, completely supported Kaling's texting decision, telling the former Mindy Project star, "That is, by the way, the 100% correct response. You handled that perfectly."

It seems Kaling's daughter is just as taken with Winfrey, 64, as her mom is! During an appearance on The Ellen DeGeneres Show in June, Kaling told the host that Katherine had the best reaction to going to the icon's home.

"She'd been really fussy, she'd been fussy the whole way. And I'm like 'Oh my god, am I going to be the person that brings a screaming baby into Oprah's cathedral of beauty and art?' And the minute we went in I was like, 'Katherine, please. Please. You have no idea how high the stakes are right now,'" Kaling recalled at the time. "And we walked into the door and her eyes went wide, and she stopped crying like she knew she was in Oprah's house. And then she was just like coyly smiling and being adorable for, like, the next four hours."

Winfrey and Kaling became close on the set of A Wrinkle in Time, which also starred Reese Witherspoon and Chris Pine. Back in June, Winfrey called Kaling and Witherspoon her "favorite friend chatterboxes."

More from ET Online:
Gabrielle Union dresses up as Gwen Stefani for ‘90s birthday party and Lil Kim shows up!
Demi Moore shares heartfelt post after opening up about 'self-destructive' past
Chrissy Teigen sides with Justin Bieber in the burrito eating scandal