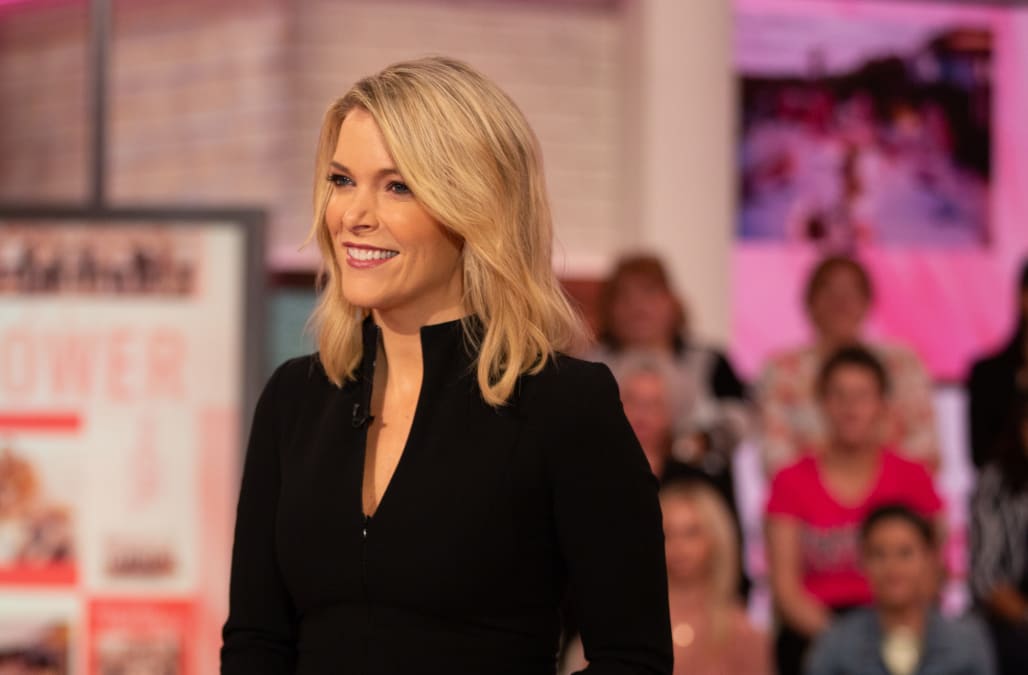 Can Megyn Kelly and NBC repair a relationship that is already being torn asunder by press reports? Her attorney will have to find out.

Attorney Bryan Freedman is expected to meet with NBC executives “as soon as Friday,” said Davidson Goldin, a spokesman for Kelly. While some media outlets have reported NBC is cutting ties with the star anchor, Goldin said they have not communicated anything about Kelly’s status with the network to her or her team. Kelly and NBC had been in talks about finding her a role at the network that was tied to bigger breaking-news stories and not to her morning program.

Even so, their ties seem loose: NBC aired a repeat of her morning show, “Megyn Kelly Today,” on Thursday — a non-starter in the competitive world of morning TV — and the network said “given the circumstances,” Kelly’s show would run on tape for the rest of the week. The anchor typically pre-tapes her Friday broadcasts anyway.

NBC News declined to comment on Kelly’s status with the network.

Kelly stirred outrage on Tuesday during a segment in which she questioned why it was wrong for people to don “blackface” for Halloween costumes. She apologized within hours after the remarks stirred social-media outrage, but over the next 48 hours, even prominent NBC News personnel criticized her remarks. In a town hall meeting with NBC News employees held Wednesday, NBC News chairman Andy Lack told participants, “I condemn those remarks, there is no place on our air or in this workplace for them. Very unfortunate,” according to people present at the meeting. He added: “As we go forward, my highest priority remains, and as we sort through this with Megyn, let there be no doubt that this is a workplace in which you need to be proud and in which we respect each other in all the ways we know is foundational to who we are.”

But it’s possible — although growing less likely — that she and NBC News could find a way to stay together, suggested James G. Sammataro, a partner at the Stroock law firm who often represents TV and radio stations in disputes with on-air personnel. “The ‘Today Show’ seems like a foregone conclusion, but there could be some other avenue where they could have a path forward,” he said.

After all, Kelly is said to have an annual salary of $17 million or more, and if NBCU has to pay any of that out, it could seek to gain some return on its investment, the attorney said. NBC could try “to extract some value by keeping her around and using her,” he said. “There would be some benefit to her. If you are completely off the air, it’s hard for you to be relevant.” Kelly had been scheduled to take part in NBC News’ coverage of the 2018 midterm elections.

Chances are lawyers for both sides won’t have much to discuss. High-end contracts for media talent tend to contain maps for how to proceed in case of disagreements, said Sammataro. They usually contain clauses by which anchors and personalities agreed to be bound, while also allowing for some degree of creative control and input. The contract may even have a work-out formula that lays out how much Kelly would get paid in case of separation, he said. Typical contracts might use length of employment term to determine how much of the monies remaining to be paid are given out, he added.

Sammataro said he’d be surprised if Kelly walked away with her full contract, “unless she has an airtight provision.” He suggested NBC could potentially seek to rely on morality clauses, termination clauses, and non-disparagement clauses to press for what it wants in negotiations. “They can probably get some wiggle room,” he said.