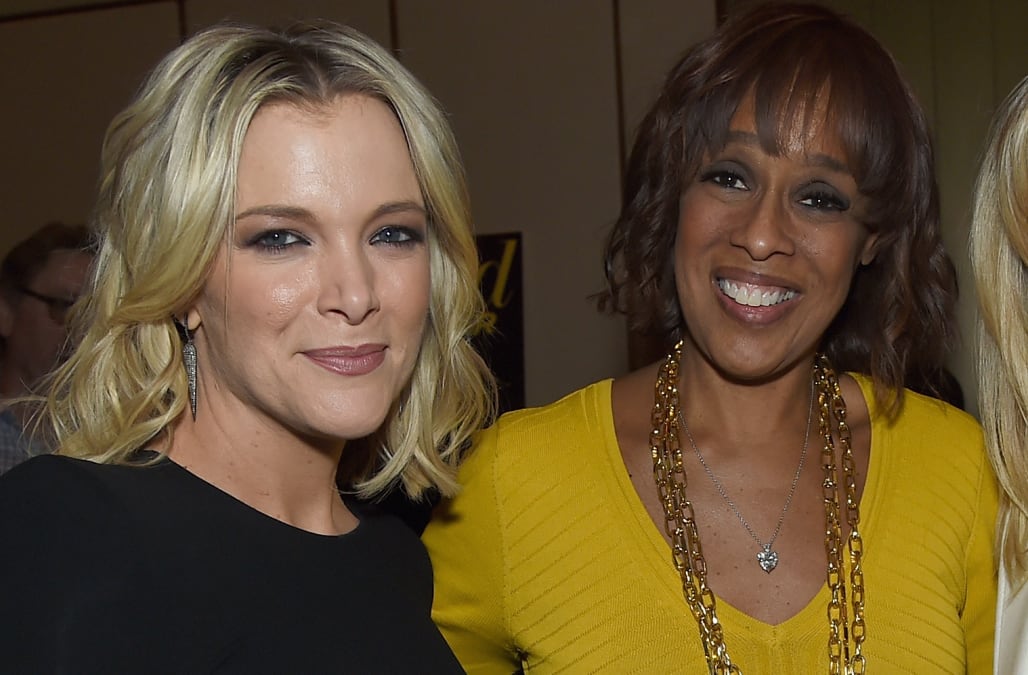 Gayle King was sort of shocked at Megyn Kelly’s recent blackface comments. The CBS This Morning co-anchor opened up about the controversy during an appearance on Thursday’s The Late Show With Stephen Colbert, noting that she’s been friendly with Kelly in the past.

"I know Megyn Kelly. I happen to like Megyn Kelly,” she said of the Megyn Kelly Today show host. "She and I went to the Kentucky Derby two years ago, and we bonded. I think she’s a very smart cookie, very smart at what she does.”

But that doesn’t mean that King supports Kelly’s recent comments.

"I think she clearly stepped in it. She made a terrible mistake,” the 63-year-old journalist said. "And I was surprised that she would make a mistake of that kind.”

King also referenced Kelly’s past controversies, saying, "She has said a couple of things, but I never wish bad on anybody. I don’t. I’m not a Pollyanna girl, but I do feel that this is a rough time for her."

When Colbert asked if Kelly had officially been fired from NBC, King replied, "It has not been confirmed. There are all sorts of rumors, there’s all sorts of speculation. I suspect that before this week is over, I do not think she will be at NBC, but I do not have anything to report at this time. Let’s just say this, it’s not looking good for Megyn Kelly.”

According to multiple reports, Megyn Kelly Today has been canceled, though an official announcement has not been made. A source previously told ET that Kelly’s future at NBC is still up in the air.

The controversy started on Tuesday, when Kelly defended using blackface in Halloween costumes, specifically citing a Diana Ross costume worn by Real Housewives star Luann de Lesseps. Kelly made a tearful on-air apology the next day, but has not been on the air since.

King's CBS This Morning co-anchor, Norah O'Donnell, spoke to ET on Thursday, and was adamantly against Kelly's blackface remarks.

"It's inexcusable, she needs to know better," O'Donnell, 44, told ET at the International Women's Media Courage in Journalism Awards Ceremony.  "As a journalist, there is a higher level of knowledge necessary, [you] can’t plead ignorance. Comments like Megyn’s undermine the whole industry."

While Kelly is still in hot water, King praised another star for the waves she’s making in the world of politics — Taylor Swift.

"I know all the songs. I think she’s terrific,” she said in praise of the 28-year-old pop star. "I’ve liked her from the first Love Story album.”

She admitted she was “surprised” to see Swift get political on social media earlier this month, but added, "I think what she was seeing was becoming very troubling to her that she decided to encourage people to get out and vote. It made a difference.”

'Megyn Kelly Today' Reportedly Canceled: A Look Back at Her Past Scandals

'Megyn Kelly Today' Has Been 'Chaotic' and Had 'a Lot of Dysfunction' Since the Start, Source Says (Exclusive)