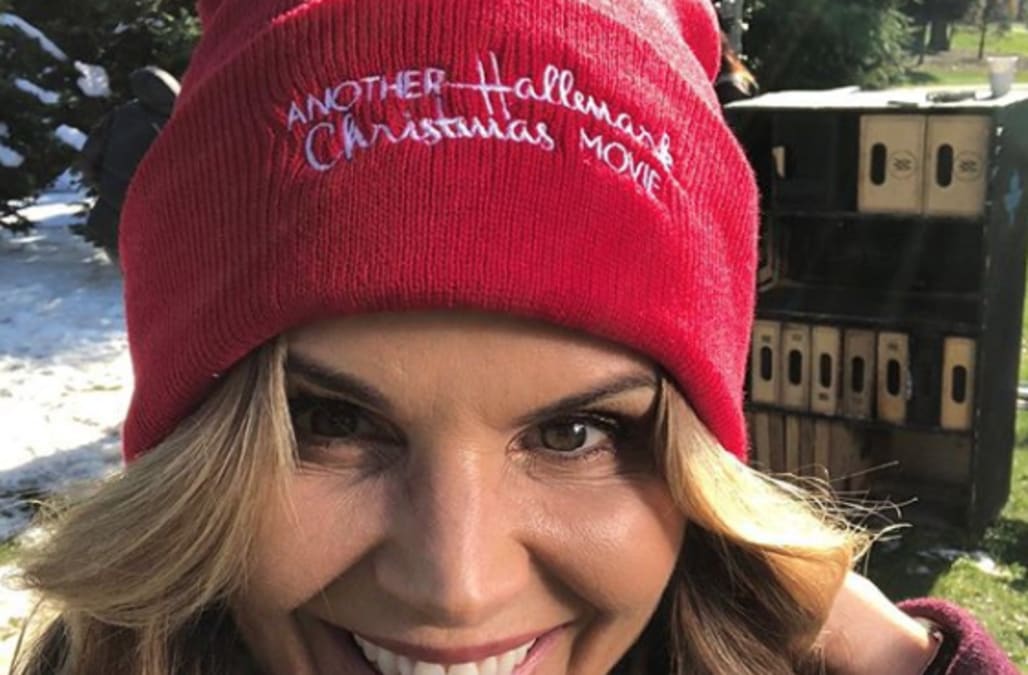 It’s official: There is no such thing as a politics-free zone anymore, especially if you choose to wear a red hat. That’s what we can take away from Lori Loughlin’s Instagram this weekend, when a little post celebrating the last day of filming a Hallmark Channel movie turned into a battleground.

“Coming to a close on Homegrown Christmas,” Loughlin wrote, captioning three photos of herself and the cast and crew wearing red beanies that read, “Another Hallmark Christmas Movie.”

Many fans of the Full/Fuller House star congratulated her on wrapping her third Christmas-themed movie for the network. But one person interpreted the photos differently.

“Love the show Lori but wish you would keep politics out of it. Guess we just disagree that our president is ‘making America great again,’” wrote Garrett Murphy.

“I’m so confused by your comment,” Loughlin responded. Meanwhile, Murphy had already begun to debate with other commenters about whether the red hats with white writing on them were meant as a nod to Donald Trump’s “Make America Great Again” caps. It’s doubtful that she was actually confused, but she probably hoped that saying as much might shut down the conversation.

Many chimed in to say that calling the hats pro-Trump was “reaching.”

Finally, Loughlin stepped in again. “The hat says ANOTHER HALLMARK CHRISTMAS MOVIE. RED is for the Christmas season,” she explained. “Hope that clears up the confusion. Also the entire crew is Canadian.”

Murphy decided to double down. “Oh give me a break Lori I think it’s pretty obvious what it means. It’s also pretty obvious that you’re all enjoying excluding EVERY OTHER RELIGION by wearing those ‘Christmas only’ hats.”

That added complaint about Christmas made it seem like this person is just trying to troll everyone reading. Lori (or Hallmark) fans weren’t amused. “I am a liberal and you are ridiculous,” one commenter wrote to Murphy.

Despite Loughlin’s protests, however, and regardless of whether Murphy’s complaints are sincere, there is something to all of this. Last year, the Los Angeles Times reported that the Hallmark Channel is most popular in states that voted for Trump in 2016. Those markets tend to favor less edgy programming that depicts traditional family values, according to a survey obtained by the paper.

The other point we can glean from this exchange is that there’s no such thing as a neutral red hat these days. Sorry, Canada.