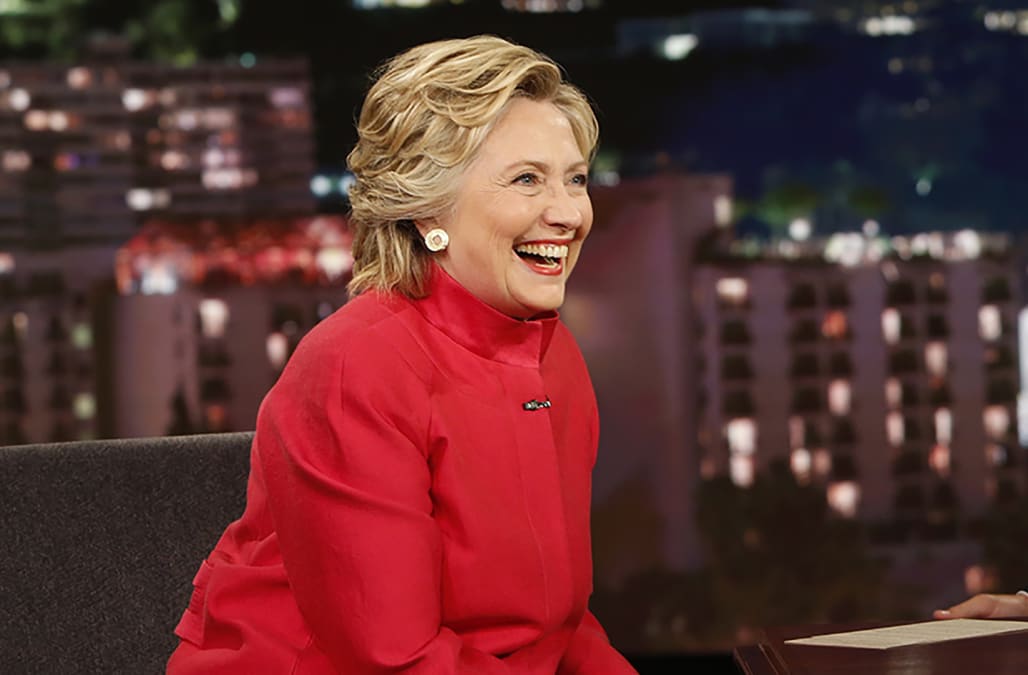 Hillary Clinton has weighed in on the “Fast and Furious” debate: team Vin Diesel or team Dwayne Johnson?

In a tongue-and-cheek segment on Friday’s “The Late Show with Stephen Colbert,” staff members were given the opportunity to ask the former Secretary of State and presidential candidate one question. “Late Show” writer “John” asked her opinion on the “The Fate of the Furious” co-stars.

“What a tough question. Boy. The ‘Fast and Furious’ movies prove that both are masters of high-octane action,” Clinton said, evoking a giggle from the audience. “And while The Rock is an indispensable part of the later films, Vin Diesel is really the heart at the center of the Toretto family and, in the end, everyone is better off when they’re able to look past what divides them and work together. You know, I like to say, ‘stronger together.'”

While some staffers asked Clinton about her proudest accomplishments, or what advice she would give women wanting to run for office, others went in a different direction, like, asking to find lost car keys or how to install a toilet seat.

And she plugged a follow-up to her memoir “What Happened,” which details her mood in the aftermath of losing the presidency to Donald Trump.

“I don’t want to make any predictions about 2020, mainly because I’m saving those for my new book, ‘What Will Happen: A Book of Predictions’ by Hillary Clinton and Paul the psychic octopus,” she joked, holding up a mock book.

The segment begins at 1:45 in the above video.