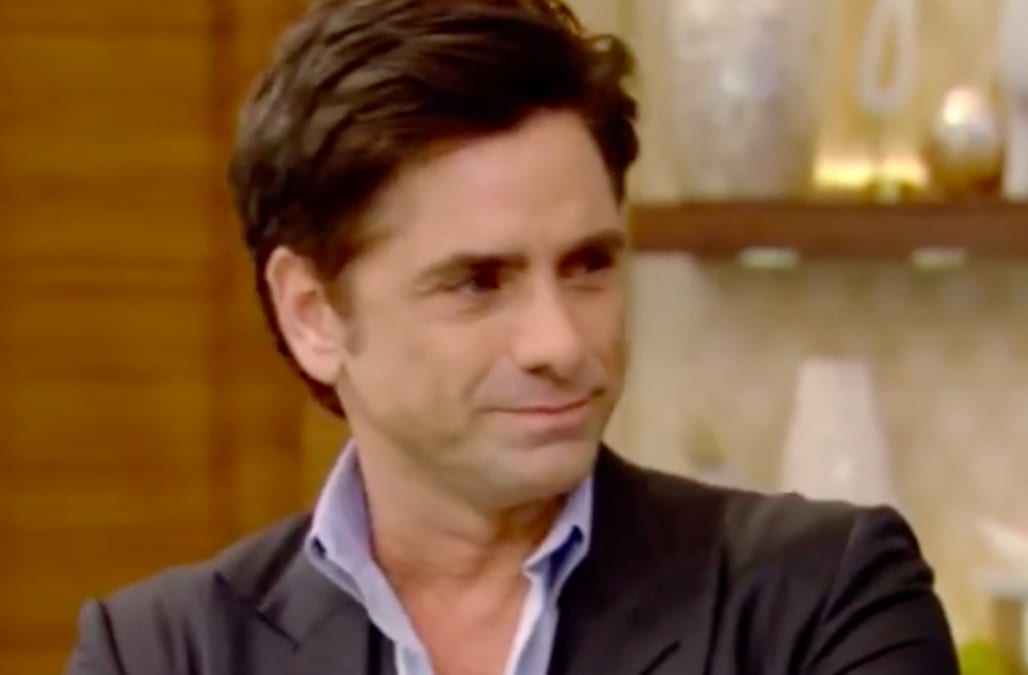 The 55-year-old actor appeared on Live With Kelly and Ryan on Thursday and got super emotional when Kelly Ripa started gushing over his 6-month old son with Caitlin McHugh. The host shared an adorable snap of Stamos and Billy in the pool, before noticing that the Fuller House star was crying.

"I miss him! I miss him. This is the longest I've been away from him. I've been waiting my whole life for [fatherhood]," Stamos, while grabbing proffered tissues, said.

This isn't the first time Stamos has lamented missing his son. Last month at the Creative Arts Emmys, Stamos and McHugh couldn't stop thinking about their baby boy, telling ET that they just "want to go back home."

"We miss him already," Stamos said at the time. "We just watched a video on the way over here."

With their infinite love for Billy, it's no surprise that the couple is eager to have baby number two! On Live, Stamos revealed that he and McHugh are definitely ready to expand their family, but said that Billy is making it quite difficult.

"We're trying but the kid's like a c-block! Can I say that?" Stamos joked.

"She calls and says, 'I'm ovulating.' You know, when they're ovulating you've got to get there," Stamos continued. "We put [Billy] in the kitchen, left the door open, we have a little bassinet in there and we go in, we start trying to get it going fast and... he started screaming, like screeching... We were so close and then he's got this elephant and he's learned how to press it and the elephant [sings], 'Do your ears hang low?'"

ET spoke to Stamos earlier this month, where he revealed that Billy isn't the only obstacle in the way of having a second child.