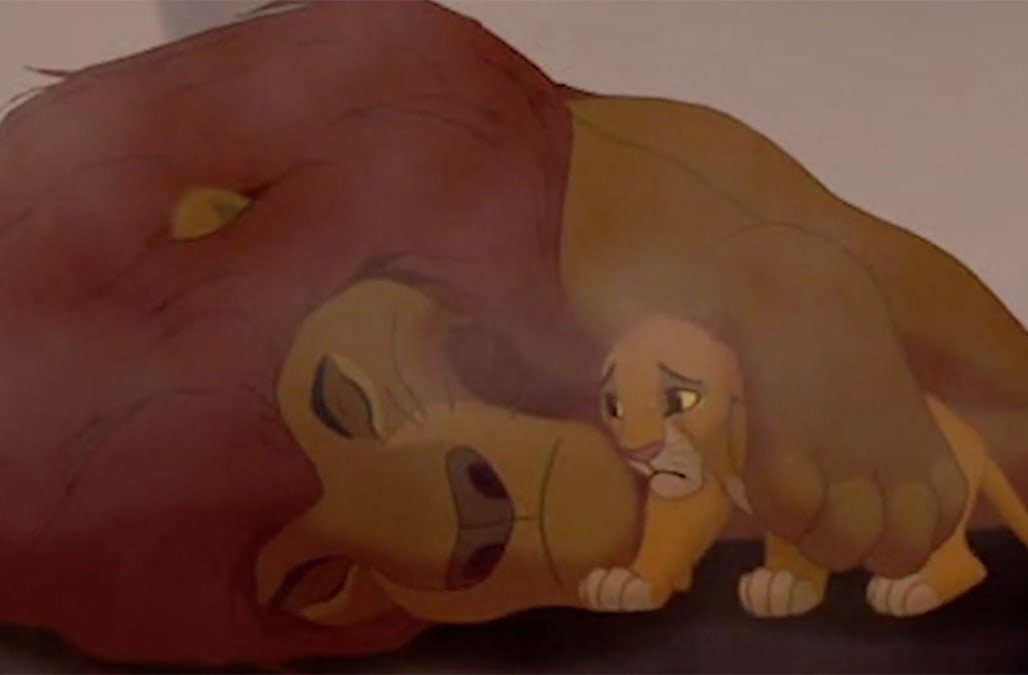 Fans of The Lion King are sure to feel the love when they see the latest photo of some of the cast!

On Wednesday, Seth Rogen shared a behind-the-scenes look at the upcoming 2019 remake of the classic Disney film on Instagram. The pic was taken in the recording studio where they're making the animated film, and features Rogen alongside his co-stars, Donald Glover and Billy Eichner as well as director Jon Favreau.

Glover, 35, had the most Disney spirit in the shot thanks to his red Donald Duck sweater. As for Rogen, 36, he wore a yellow shirt and dark baseball cap, while Eichner, 40, opted for a blue flannel over a T-shirt. Lastly, Favreau, 51, rocked a black graphic T-shirt.

The group is clearly hard at work on the highly-anticipated remake, where Glover is set to star as Simba, Rogen will take on the role of Pumbaa and Eichner will voice Timon. In addition to the famous trio pictured, Beyonce will star as Nala, while Keegan-Michael Key, Chiwetel Ejiofor, James Earl Jones and John Oliver are also set to appear.

Back in April, Eichner told ET that he was already "having a blast" making the flick.

"It's a long process, because we started last August and it doesn't come out until July 2019, but I've been doing some singing," he told ET's Sophie Schillaci. "We recorded a bunch of the songs. It's been me, Seth Rogen, Donald Glover singing 'Hakuna Matata.' Life is very surreal and fun."

As for Glover, he told ET in May that he was ready for the role, despite it being "a little intimidating."

When it comes to working with Beyonce, Glover only had wonderful things to say. "Just hearing her do it, it's been like, 'Man, this is a really special thing,'" he shared.

Rogen, meanwhile, told ET's Courtney Tezeno that making the movie was "thrilling" and "amazing for many reasons."

“One is because I’m a big fan of The Lion King. Two is because it’s the most expensive movie I'll have anything to do with probably, so that’s thrilling," he said in July. "Jon Favreau, the director, I’ve known since I was 18, is a very close friend of mine. So again, it’s always exciting to get to work with people that you know well. Yeah and we're good friends. Overall it's surreal. It will be weird when it comes out.”

Cinderella’s Castle in Disney World isn’t just for show—it actually is home to the only hotel suite in Magic Kingdom. A pumpkin carriage acts like an elevator to deliver guests to the space, which features two beds and a pullout couch in a regal interior, complete with stained glass, ornate columns, and a working fireplace. Unfortunately, you can’t book a room—you need to be invited, such as by winning a contest. Don't miss these other insider secrets to having the best Disney vacation.

In the heart of Disneyland’s New Orleans Square is a winding staircase leading to the five-star restaurant Club 33. You can’t just expect to walk in and get a seat though. The only way to get in is by being a member or a guest of a member, and rumor has it there's a 14-year waiting list to be accepted. Find out more about Club 33’s history and what it takes to become a VIP.

Right around the corner from Club 33 and above the Pirates of the Caribbean ride is an elevator leading to another elite hotel. Like the Cinderella suite, you can’t book a room unless invited, but those VIP guests are in for a treat. A button in the master bedroom makes the lighting moody with the moon and clouds projected on the wall, and a panel in the bathroom turns on Fantasia music and makes stars appear on the ceiling. A massive parlor has a French Provincial theme, based on Walt Disney’s designs for his apartment on Main Street that never came to be, according to Entertainment Weekly. VIP suite or not, check out these 14 ways to save money on a Disney vacation.

Basketball court in the Matterhorn ride

Near the top of Disneyland’s Matterhorn Bobsleds ride is a secret, attic-like room with a basketball hoop and floor markings. The room started as a resting place for the Disney employees who climb the “mountain,” then transformed into a mini half-court when one worker brought a basketball hoop when the weather kept staff from climbing. Find out where a brand new Disney park will be built.

Walt Disney had a 500-square-foot apartment built above the firehouse on Main Street that he would stay in when he visited. Employees used to know he was in town because they’d see the lamp on a table turned on. The suite isn’t open to the public, but you can still spot it from the street; the park keeps that lamp on 24/7 as a tribute to its founder. Learn the cheapest (and most expensive) times to book a Disney trip.

Four out of five Disneyland Railroad trains are named after locomotive legends, while the last is in honor of animator Ward Kimball. Every now and then, you’ll see a fifth car added to the end called the Lilly Belle, named after Walt’s wife, Lillian Disney, who helped design it. The car used to be VIP-only, but you can now reserve it for a special two-hour tour. Find out how to beat the crowds at Disney, even during its peak season.

Tucked to the right of Sleeping Beauty Castle, by the moat, is a surprisingly serene garden called Snow White Grotto. The area features marble figurines of Snow White and the Seven Dwarfs, which were sent to Walt Disney anonymously from Italy. Snow White’s voice floats over the area and echoes in the Wishing Well. Toss in a coin and make a wish—your money will be donated to children’s charities to make their wishes come true, too. There’s a similar wishing well in Disney World, too. Walking toward Tomorrowland on the right side of Cinderella’s Castle, you’ll find an easy-to-miss alcove leading to Cinderella’s Wishing Well, which also donates its coins. Learn more little-known differences between Disneyland and Disney World.

Inside tour of the riverboats

Riding the Mark Twain Riverboat in Disneyland or the Liberty Belle in Disney World is one thing, but it’s surprisingly easy to get a chance to get behind the wheel. While you’re still at the dock, just let an employee know you’re interested in checking out the captain’s quarters. As long as you aren’t with a huge group and no one else has beat you to the request, you’ll probably be allowed up to steer the ship and signal to other boats. Just leave these 15 surprising things banned from Disney parks at home.