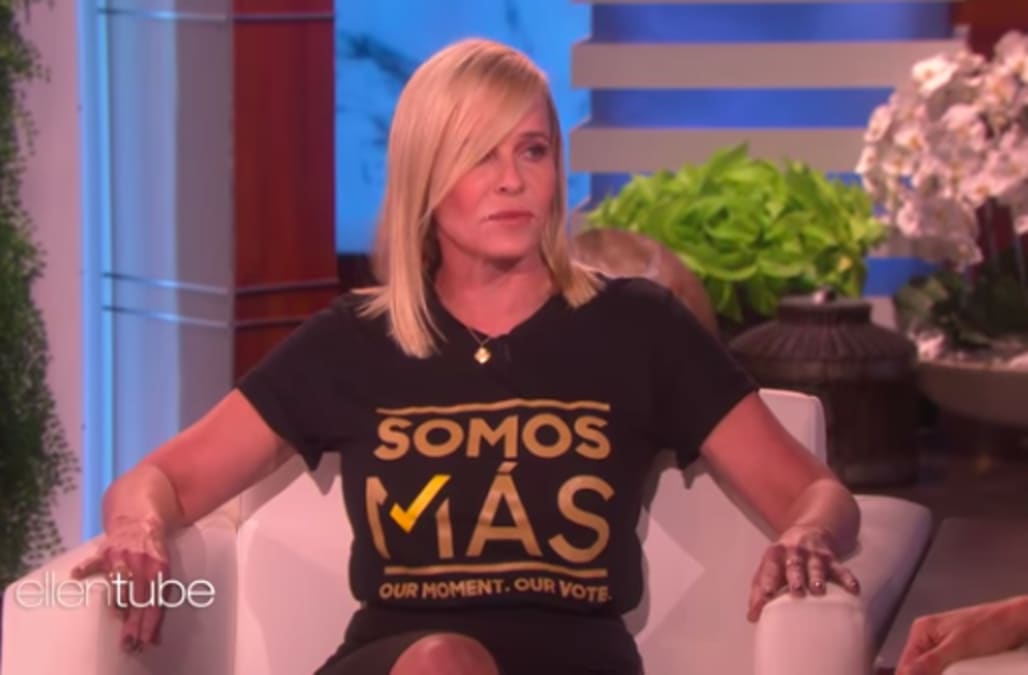 A little back-and-forth with Sen. Lindsey Graham, R-S.C. (and previously President Trump), apparently isn’t going to silence Chelsea Handler. She appeared on the Ellen show Thursday to talk politics with Ellen DeGeneres — and to try to get women to the polls on Nov. 6.

“I just started to think about all the privilege I’ve benefited from in this industry, specifically — being a Jew is a bonus, being a girl as comedian when I was coming up. I had every advantage. Every door opened for me,” she said of the inspiration for the project. “When I started to look around at people that don’t have as successful of a career or are working twice as hard to achieve the same things, I started to feel very gross about myself. On a very fundamental level, I wanted to explore it further … [starting] with my own white privilege. I’ve been badly behaved for 20 years and getting tons of money thrown at me for being a loudmouth. You could say I’m talented, but you could also say I’m not talented.”

She continued, “For me, it’s an important subject matter right now. It’s like, ‘What are the people that are benefiting from this gonna do about it?’ And I’m somebody who’s benefiting from it.”

Handler also talked politics in general, describing it as a “depressing” time. She touched on Trump’s 60 Minutes interview (“I find it really, really unsettling that that’s the president of our country”) then discussed the controversial appointment of Brett Kavanaugh to the Supreme Court. “For it to happen is just representative of white male power to me,” she said. “It just looks like a bunch of older white turtles and men who are 85-plus, saying, ‘Women, you don’t get a voice.’ And we have to say no to that.”

Handler said that the most hopeful part of this situation is seeing women coming together, calling it a “silver lining” in “all this mayhem,” adding that she hopes they will all pull together in the midterm elections.

“There’s a really beautiful moment happening with women finally coming together,” Handler said. “We all know now there’s power in numbers and there’s power collectively, so it’s so important for us all to just make each other aware of what your options are on voting day. To watch over someone else’s kids so they can go, to give somebody a ride. … We all can just do more than we’re doing. Just a little bit more.”