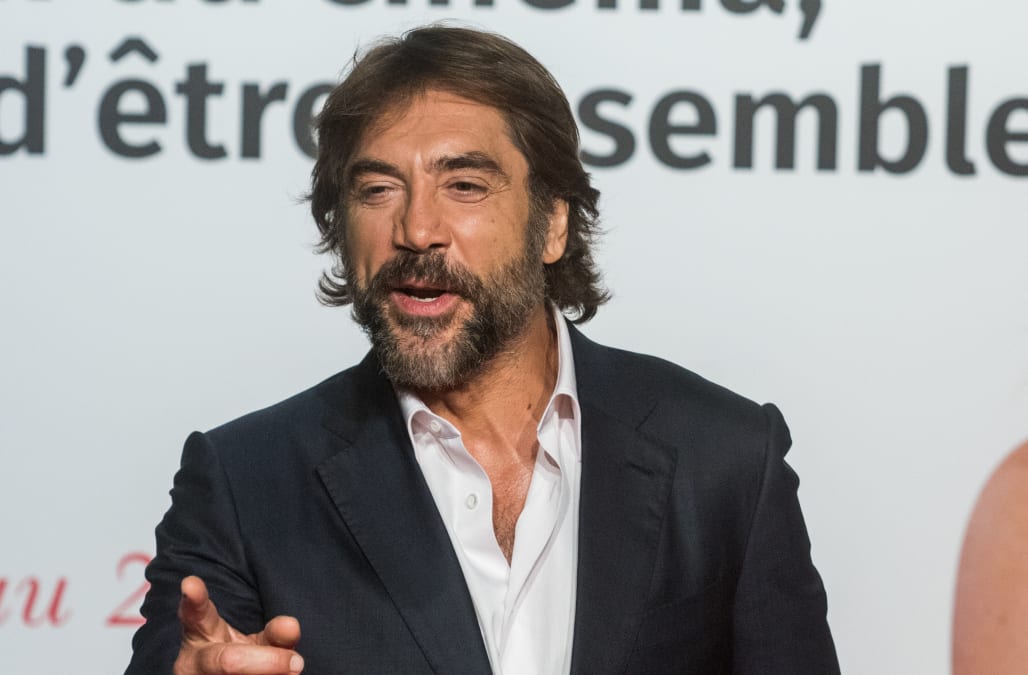 LYON, France – Javier Bardem charmed his audience at a masterclass during the Lumière Film Festival on Monday, eliciting laughter with stories of his youth, learning English by way of AC/DC, his famous family and expounding on the talent, compassion and genius of the filmmakers with whom he has worked, among them Bigas Luna, Julian Schnabel, the Coen brothers and Woody Allen.

Bardem reiterated his support for Allen, who directed the Oscar-winning Spanish actor in 2008’s “Vicky Cristina Barcelona,” saying he would work with him again at a day’s notice.

“He’s a genius,” Bardem said, adding that in this time of the Me Too movement, “I would work with him tomorrow.” He stressed that Allen’s legal status today has not changed since the last they worked together in 2007 and noted that the director had never been found guilty of any crime. “Today, 11 years later, it is the same accusation. Public accusations are very dangerous. If some day there is a trial and it’s proven to be true, I would change my opinion, but at this moment, nothing has changed.”

The actor also expressed his appreciation for Julian Schnabel, who launched his Hollywood career with “Before Night Falls.”

Bardem first met Schnabel at a San Sebastian Festival presentation in New York. “He said, ‘I want you for a film.’ I said, ‘OK, fine.’” Schnabel ended up giving Bardem the script 20 days before the start of production. “I had 20 days to learn English, lose 20 kilos, learn Cuban – it was crazy. But it was a marvelous experience.”

Asked about his infamous hairdo in “No Country for Old Men,” Bardem said he was initially in the dark about the Coens’ dastardly plans.

“The haircut from ‘No Country for Old Men’ came from a book that the Coen brothers showed me from the ’60s of a man in a brothel with prostitutes. It was a very weird photo and he had a haircut like that.”

He added: “It was a book about the border of Tijuana and they were showing me the photo and laughing. And the hairdresser that apparently understood that language, came and started to do my haircut. I was looking in the mirror and they left and then came back and laughed and left again. I had to live with that for four months.

“It was the most humiliating thing in my whole career. I had to wear a hairnet. We were shooting in Texas and I had to walk around with my hairnet,” he exclaimed, adding that he was forced to explain his appearance more than once to a local cop who regularly stopped him while driving in town.

Going back to the beginning of his career, Bardem praised late Spanish filmmaker Bigas Luna for making his career possible.

“When we did ‘Jamón, Jamón,’ Penélope was 16 years old, I was 21. It was our great fortune and divine gift to work with Bigas Luna, a person who treated us with great respect, affection and generosity. And with a great deal of love. … If we had worked that young with another type of director who had not treated us in that manner, we  probably would not be where we are today.”

14 PHOTOS
Woody Allen with celebrities through the years
See Gallery