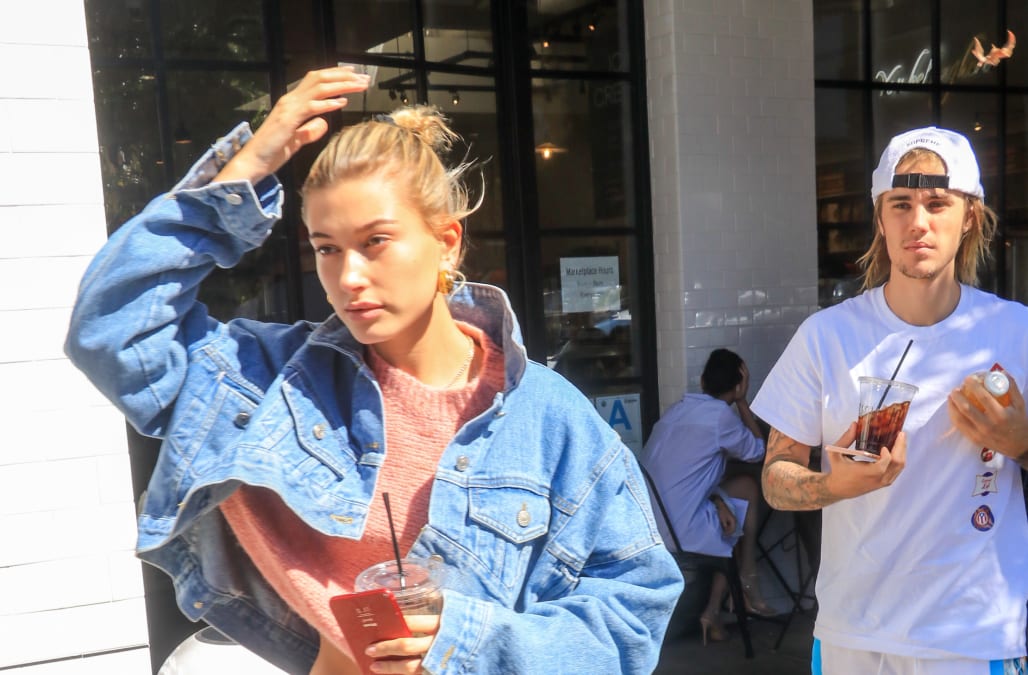 Hailey Baldwin has nothing but amazing things to say about her husband, Justin Bieber.

The 21-year-old model, who is the new face of Tommy Hilfiger, recently traveled to Brooklyn, New York, for a photo shoot for Harper's Bazaar's November issue. Dressed in the season’s chicest tomboy-inspired looks, the blonde beauty undoubtedly turned heads.

While she's clearly the center of attention in the pics, Baldwin put the spotlight on Bieber in her accompanying interview with the magazine, which was conducted before the two secretly tied the knot in New York City last month.

“He is incredible," Baldwin said of the pop star. "He crushes everything."

"Every song, every feature. It’s crazy to see what he does," she added. "I'm always blown away."

While the two are still in the newlywed phase, it sounds like Baldwin is already thinking about someday having a family with the singer. While chatting with the outlet about tattoos, she revealed she wants more ink but is "keeping space for my kids' names, and certain sentimental things."

"I don’t want to fill all the cute spots before I get there," she added.

It's been a whirlwind year for the lovebirds. While Bieber and Baldwin both grew up surrounded by the paparazzi, the model's fame skyrocketed once news of their engagement broke over the summer after rekindling their romance in early 2018.

"Over the past year," she said, "I’ve had more attention on me than I’ve ever had in my life."

Balancing a high-profile relationship with a career in the spotlight, Baldwin said that she's if she's learned anything over the past few months, it's to take time to recharge.

She credits three important factors for helping her maintain peace within herself: church ("I actually listen to sermons on my phone when I'm on the road"), boxing classes ("as a New Yorker, I'm a bit aggressive sometimes") and her family ("they’re not afraid to call me out on my stuff").

More from ET Online:
Nicole Kidman says being married to Tom Cruise kept her from being sexually harassed
Joe Alwyn opens up about the Instagram post that had Taylor Swift fans in a tizzy
Ryan Adams apologizes for his response to Mandy Moore's divorce comments