'First Man': Claire Foy 'leaned quite a lot' on Janet Armstrong's sons in portraying their mother 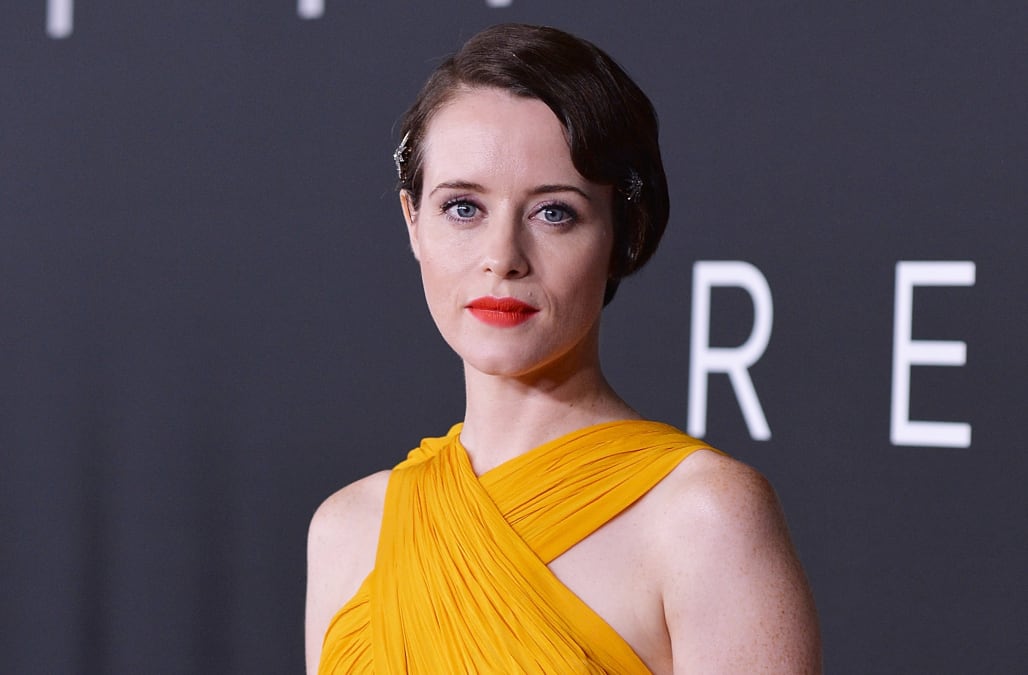 In Universal Pictures' "First Man," Claire Foy takes on yet another real-life character with aplomb.

Fresh off her turn as Queen Elizabeth on Netflix's "The Crown," Foy stepped into the shoes of Janet Armstrong, the wife of astronaut Neil Armstrong, played by Ryan Gosling.

Foy recently caught up with AOL to talk about her work in "First Man," how she and Gosling tackled the film's most emotional scenes and the pressures that come with portraying a real person on screen.

Read our full conversation with Claire Foy below (Warning: minor spoilers ahead):

I saw "First Man" in IMAX, which was a thrilling experience. What was your first experience seeing the film like?

I saw it just before we went to [the] Venice [Film Festival] with it, because I didn’t want to watch it for the first time in big group of people. I think I would’ve been completely overwhelmed. It was a small screening room in London, and I was just amazed by it. I was amazed that I was part of something that I thought was so extraordinary.

How much goes into playing the role of a real person like Janet Armstrong? She passed before the film came out, but surely she knew that the film was being made before she died.

You have to do a lot, because in order to establish a character and respect that they’re a living, breathing person, you have to make sure you’ve covered all the bases, really. So, I did a lot of research because there wasn’t really anything out there about Janet in particular. I obviously used James Hansen's book ["First Man: The Life of Neil A. Armstrong," which our movie is based on], which is full of information, and I leaned quite a lot on [Armstrong's sons] -- Rick and Mark -- and they were really helpful, as were some friends of Jan’s. I was very lucky that people were so willing to talk about her, and I think that’s because people loved her so much.

12 PHOTOS
Claire Foy out and about
See Gallery

What I found so interesting about this film was how even-keeled Neil was as a person and how that affected their dynamic as a couple. What was it like acting opposite Ryan Gosling, who at some points was so level-headed that he almost showed zero outward emotion. How were you able play off of that?

Ryan gives you so much as a fellow actor. He’s so present and there and supportive, and I really hope I was for him, as well. From Janet’s point of view, her main difficulty was that she knew he was feeling things but that he couldn’t express it. That’s why Ryan’s performance is so amazing to watch, because you know how much pain he’s in. You know that he must want to express himself, but that he doesn’t have the faculty or the understanding to do it. It was a very collaborative experience working with him, and we really talked through things a lot.

Without spoiling anything, it all really leads up to an explosive scene before he goes to the moon. What was it like working on that scene specifically?

That’s a scene that we knew happened: We knew, from the boys, that they had found themselves sitting around the dining room table having this conversation with their dad, and we know that it’s Jan who made them do that, but we don’t know the mechanics around how that happened. Considering these two very different people, that’s where the exciting thing as a dramatist comes in: How do these two people get to that point? That’s all we did, really. We had a whole night shoot, and we only did that scene. We improvised a lot of it. We just did it until there was nothing else to bring out of it, really, and until we felt that we’d gotten to a point where we’d explored every avenue and that Damien [Chazelle] had enough to figure out how it would work for the story.

What I found so incredible about your take on Jan was that, 10 or 20 years ago, her role could have been done much more one-dimensionally: We've seen the "wife waiting at home" character in other films, but you made sure that she was so much more than that. What were the most important traits that you wanted to bring out in Jan?

I suppose I really thought it was important to show the full color of their marriage. When it’s drama, the tendency is that you don’t see [everything], because it can be quite a lot to ask the audience to go along with the idea they’re arguing one minute and happy the next, but it doesn’t have to be consistent and it doesn’t have to be linear. Romantic relationships especially are complicated, and that’s what I really wanted to get across that this wasn’t some perfect, idyllic marriage that worked all the time or that there wasn’t any resentment or bitterness or pain in any way.

Jan was a force of nature, and I don’t mean that to say that she was overpowering or anything, but that she was able to drive the engine of that family. She was able to support and inspire and love and also protect everybody. If that meant that she had to speak up when it would be difficult to speak up and hurt people’s feelings, then she was going to do it. And it was a lot of pressure to play someone who I personally admired a lot. I didn’t set out to make her a particular way. I just wanted to make sure that Rick and Mark recognized their mom in what I was doing.

What have they said to you since seeing the film?

I’ve seen them a lot, and they’ve been on tour with us. They’ve been absolutely incredible. Their mom passed away this summer, so this must be a incredibly emotional time for them and not easy, but they’ve been so, so generous and kind with me all the way through.

Talk to me about the last scene of the film, where Jan and Neil are reunited after his trip to the moon, but they're still physically separated by a barrier. Almost nothing is said verbally, but you and Ryan were still able to convey so much. There was such intense emotion coming through in your physicality.

That’s why you do it, really. That scene we never really spoke about. Damien is always very free and open with the fact that he’s like, “Let’s see what happens.” And if he doesn’t feel anything in that moment, he’ll step in and be like, “we need to make sure we get to this point” or, “we need to make sure we highlight this” or whatever. Me and Ryan had only ever done scenes together in a room, so the separation of that scene was out of the ordinary and difficult. There’s so much that they could’ve said and apologized for -- both of them -- or made promises for the future, but their words didn’t cover it. I love that scene, and I think it’s a very tentative piece, but weirdly hopeful.

"First Man" is in theaters now.