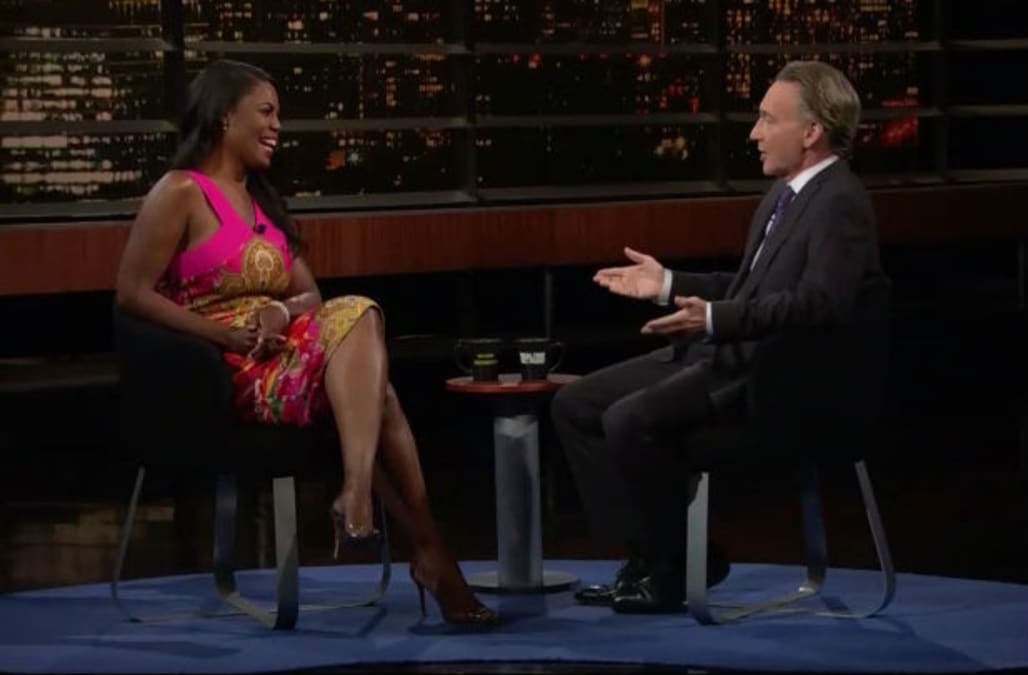 Omarosa Manigault Newman was the top of the show guest Friday on “Real Time With Bill Maher,” and the ex-Trump adviser didn’t hold back while talking about her former boss — and his daughter.

Asked point blank by Maher if Trump is “really hot” for his daughter, Ivanka Trump, Newman grimaced for a second and then said outright: “I mean he said it himself.”

“I’m just going to say his own words, he wanted to sleep with his daughter,” she continued. “It’s pretty disgusting. He would pat her on the behind, he’d kiss her on the lips, he would rub her for very long periods of time. It was awkward.”

Maher, clearly not expecting her to be so direct, took a sip of water and asked “In front of people?” to which Newman said “Yeah, absolutely.”

Maher then asked how Ivanka reacted to that behavior. According to Newman, “she just loved it, she loved being daddy’s little girl.”

Newman also said Ivanka has recently put on airs, telling Maher that “she would say ‘my daddy,’ and then would correct herself and say ‘my father.’ And I’d think ‘where’s this accent from?’ I met her 15 years ago, she had a very potty mouth.”

“Maybe she cleaned it up for the White House,” Newman added.

Ivanka wasn’t the only White House staffer Newman gossiped about. For instance, Maher suggested Ivanka’s Husband, senior White House adviser Jared Kusher, “might be smart,” she shook her head and called Kushner “that guy in the room who thinks he’s the smartest guy in the room, and has absolutely no idea what’s going on.”

“The sad thing about Jared,” Newman continued, “is that he doesn’t know how stupid he sounds when he’s talking.”

She also weighed in on Trump’s relationship with his Chief of Staff, John Kelly: “They’re both kind of old, cantankerous, insane guys.”

Newman has been making the rounds in support of her book, the White House tell-all “Unhinged.” It’s been a big success, taking the No. 1 spot atop the New York Times best-seller list in August.

30 PHOTOS
Donald Trump and his daughter, Ivanka, together through the years
See Gallery

More from The Wrap:
Tim Tebow faith-based film ‘Run The Race’ acquired by Roadside Attractions
Kimmel mocks Trump’s lunch with Kanye: ‘Why They Decided to Allow Cameras Into This Meeting, I Have No Idea’
Steve Carell says ‘The Office’ wouldn’t ‘fly’ today: ‘The climate’s different’