Oprah Winfrey recalls a health scare where she 'thought the worst' 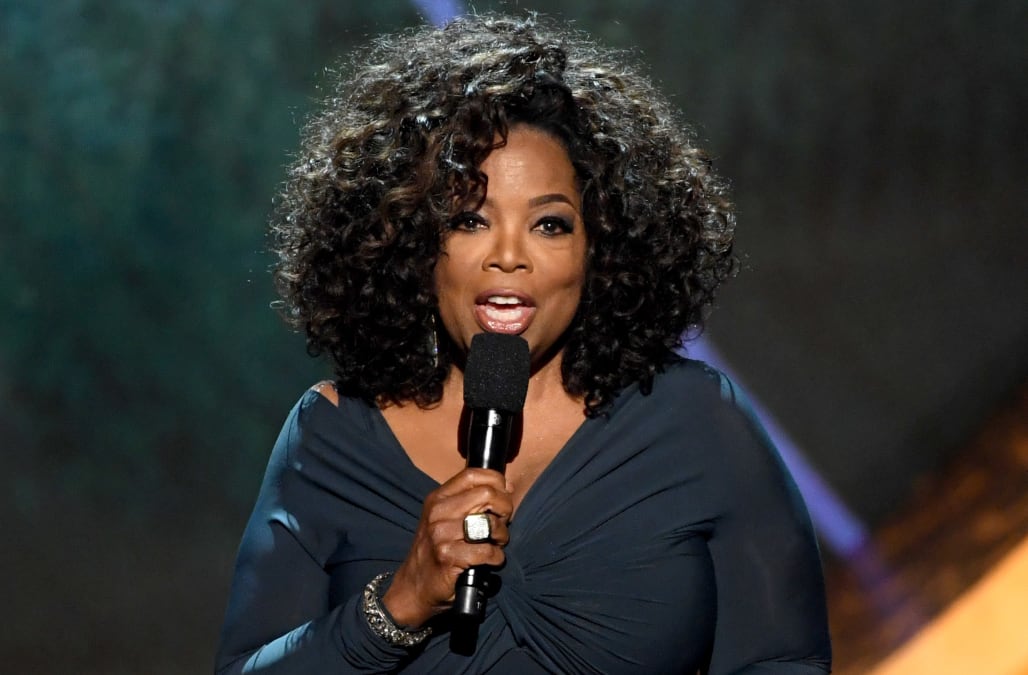 Even Oprah Winfrey isn't immune to panicking prematurely when it comes to her health.

The 64-year-old media mogul opens up about a recent health scare she experienced in an essay for O, The Oprah Magazine's November issue, and the alarming thoughts that immediately went through her head. Winfrey says she first noticed all wasn't well when she experienced soreness in her neck and saw that the left side of her chin had swelled up. She then Googled "swollen lymph gland causes," which she now regrets.

"None of the results were good," she notes. "For the next four hours, I thought the worst. Why would a neck suddenly swell? Maybe it wasn’t sudden. Maybe whatever it was had been growing for days, or longer, and I only now noticed."

She scheduled a doctor's appointment for the same day, and by then, was bracing for life-altering news.

"When I finally opened my mouth to say 'ahhh,' I was prepared for the doctor to say, 'I’m so sorry, Ms. Winfrey, you have. Insert terrible disease," she shares. "What she actually said was, 'I think your salivary glands are blocked. Go home, drink plenty of water, and try sucking on some lemons to stimulate your salivary ducts.'"

Winfrey says she couldn't believe her health scare wasn't more serious, so she called a second doctor, who gave her the same diagnosis.

"I couldn’t believe it," she admits. "I’d worked myself up to a blood pressure reading of 150/80 thinking about how I was going to rearrange my life to deal with whatever this was. Drinking water and sucking on lemons couldn’t be the answer."

Winfrey is of course grateful that her swollen neck wasn't a symptom of something more serious, and says the incident did end up teaching her a lot about appreciating the complex ways the human body works.

"Our bodies are amazing," she marvels. "And too often we are not grateful for their perfect functioning, balancing bacteria and enzymes, managing blood flow, thrumming the sinus rhythm beat, beat, beat of our hearts day in, day out. As they say, you don’t appreciate your health until you no longer have it."

"Wherever you are in your life’s journey -- whatever the status of your career, your relationships, your finances, whether you’re successful or struggling, happy or not -- I know for sure that you need look no further than your own body to offer a prayer of thanksgiving," she continues. "Truly, you are a marvel."

This isn't the first time Winfrey has candidly discussed her health. Last August, she talked about her lifelong struggle with maintaining her weight.

"This whole P.C. about accepting yourself as you are -- you should, 100 percent," she told The New York Times Magazine. "[But] for your heart to pump, pump, pump, pump, it needs the least amount of weight possible to do that. So all of the people who are saying, 'Oh, I need to accept myself as I am' -- I can't accept myself if I'm over 200 pounds, because it’s too much work on my heart. It causes high blood pressure for me. It puts me at risk for diabetes, because I have diabetes in my family."

Winfrey and her best friend, Gayle King, recently took a trip to Paris, France, with King's daughter, Kirby Bumpus, where the trio was the epitome of glamour for a friend's wedding.