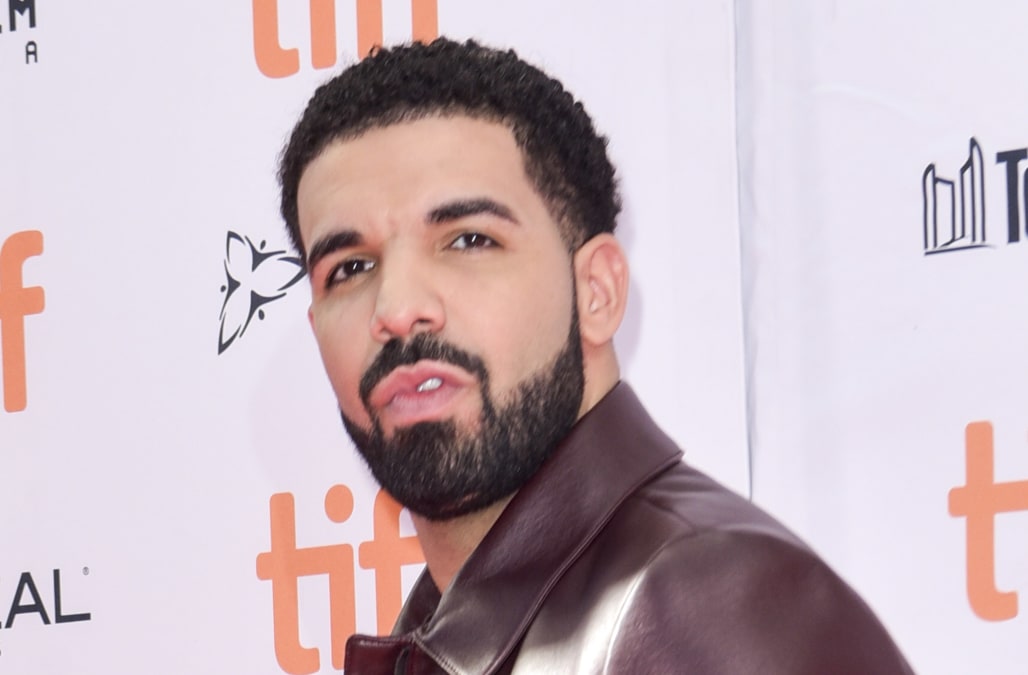 Drake is finally talking about that infamous Pusha T diss track and the alleged role Kanye West played. Drake addressed his beefs and what he saw as their origin during an appearance Friday on LeBron James and Maverick Carter’s HBO series, The Shop.

Back in May, Pusha T released “The Story of Adidon,” which claimed, among other things, that Drake had fathered a secret son. A month later, Drake confirmed via his album Scorpion that he has a son. Based on Drake’s comments on The Shop, though, it sounds like he’s more upset with Kanye than with Pusha T about the whole situation.

RELATED: See the rapper over the years

“I’m in Wyoming. … I send him a picture of my son. I tell him I’m having trouble with my son’s mother. We had a conversation,” Drake said to James and Carter on the show. Fans are interpreting that to mean that Kanye may have tipped Pusha T off about Drake’s son in the first place. Kanye produced “The Story of Adidon” after working with Drake in Wyoming, the rapper explained. (For what it’s worth, Kanye denied talking to Pusha T about Drake’s son in a series of now-deleted tweets he posted in September.)

Aside from the comments about his son, Drake also shared on The Shop that he went to Wyoming thinking Kanye would help him with Scorpion, but they ended up working on Kanye’s music most of the time instead.

Drake seemed genuinely hurt by what he said was Kanye blasting him by producing “Adidon.” “I was just there with you as friends, helping you, and now you’re dissing me,” Drake said.

And even though Kanye later apologized, that hasn’t stopped some fans from siding with Drake after hearing his words on The Shop.

Drake really exposes Kanye on #TheShopHBO and it’s genuine. How quickly Drake was so trusting to show his son to Lebron and them, let’s me know he trusted in Kanye with the information about his son. Kanye deleted his IG and Twitter this week. It’s not looking good for Ye.

Drake also explained why he decided not to release a diss track about Pusha T in response to “The Story of Adidon.” Referring to Pusha T, Drake told James and Carter, “I wanted to do other things. I didn’t want to further your reputation or your career by rapping back at you and having this exchange.”

The “In My Feelings” rapper also criticized Pusha T for talking about Drake’s friend Noah Shebib, who suffers from multiple sclerosis. “When you mention defenseless people who are sick, in the hospital, that passed away, that really sent me to a place where, you know, I just believed then and I believe now that there’s a price you have pay for that,” Drake said on The Shop.

Drake’s The Shop appearance wasn’t all about the feuds, though. Drake also stopped to show James a photo of his son, Adonis, and James’s reaction is priceless.

Drake shows LeBron a photo of his son on #TheShopHBOpic.twitter.com/9BxhxQSBCI

Drake also shared some sweet words about his son, calling Adonis “a beautiful boy” on the show. "Crazy blue eyes, baby blue eyes,” Drake said of his son. He even joked that when Adonis is older, he’ll take him to James’s house to hone his basketball skills.

The rapper even shared some positive words about Adonis’s mother, telling the hosts, “No matter what happens, I have unconditional love for the mother of my child because I want him to love his mother and I have to project that energy.” If this interview is any indication, Drake is over public feuds, and forgiveness and empathy are in.