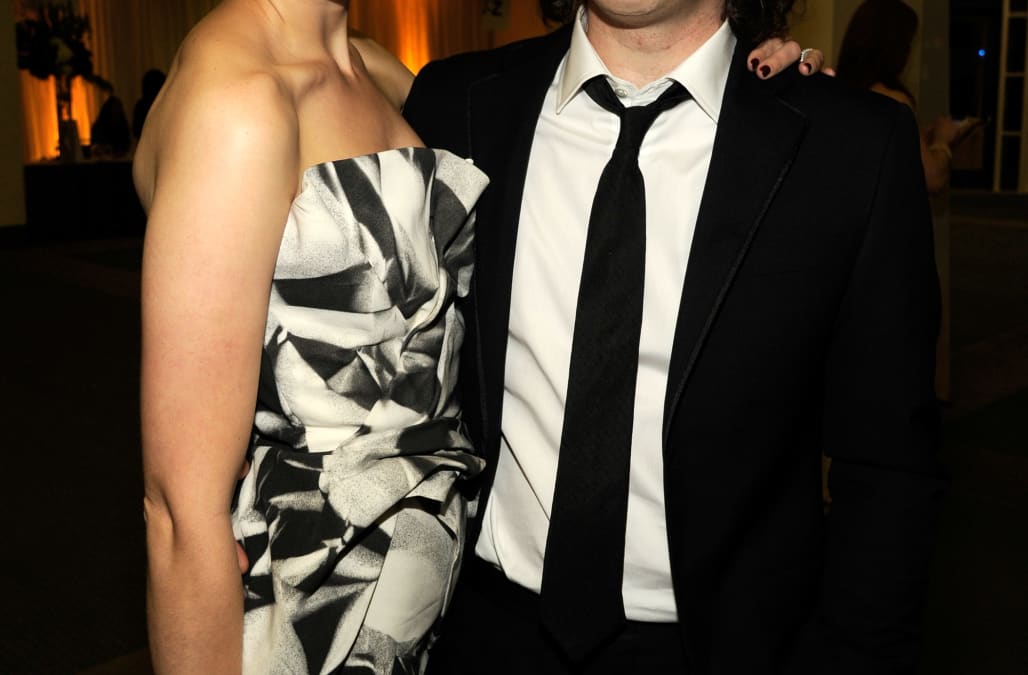 Ryan Adams is taking back some surprising remarks he recently made regarding his marriage to Mandy Moore, and their divorce.

On Wednesday, the 43-year-old musician took to Instagram to respond to an interview Moore sat down for with Glamour, where she said she "didn’t choose the right person" when she tied the knot with Adams in 2009.

Responding to a tweet posted by Perez Hilton that highlighted that particular comment in the interview, Adams quipped, "She didn't like the Melvins or BladeRunner. Doomed from the start... If only I could remember the start lol."

The musician then remarked, in a since-deleted tweet, that he was so high painkillers that he didn't remember his wedding day.

"When someone told me we got married I thought they were joking. Then I realized how many painkillers I was taking," Adams wrote. "Honestly there weren’t enough to numb the shock. Gollygooops"

Adams then began to post a long series of cryptic and undeniably concerning tweets while at the same time promoting World Mental Health Day. His disconcerting tweets led to fans worrying about him and his own mental health.

Later, after Hilton took heat from Adams' fans who felt he was responsible for Adams' apparent depression, the tabloid blogger apologized to Adams for any role he may have played in distressing him.

"I am a huge Ryan Adams fan. I apologize if I caused him any pain today. That was not my intent," Hilton wrote. "I didn't think we did. But if so, I am sorry."

On Thursday afternoon, Adams came out to apologize for his remarks about his marriage to Moore, writing, "I apologize for my remarks. I was trying to be funny. But I have and will always choose to remember the amazing moments.

"It isn't classy or ok [to] lessen what was," he continued. "I am happy for everyone and doing my best."

Adams also thanks Hilton for his mea culpa, adding, "Thank you for taking the high road, Perez. Wishing you & your fam well."

I apologize for my remarks. I was trying to be funny. But I have and will always choose to remember the amazing moments.
It isn't classy or ok lessen what was. I am happy for everyone and doing my best.
Thank you for taking the high road, Perez. Wishing you & your fam well. https://t.co/ysoV0Jp7Dh

Amid the many concerning tweets Adams posted throughout Wednesday night and Thursday morning, the singer seemingly addressed Moore's Glamour magazine comments with a number of posts, including one in which he reflected on the number of songs he'd written that had been influenced by his relationship with the actress.

When one fan tweeted at Adams speculating that he "probably wrote the 75% of your love songs thinking about her," the singer responded, "There's not actually a single song about her. Like not one. Fact."

Adams also responded to some fans who were worried he planned on doing himself harm, writing, "I'm doing the best I can right now. I am in pain. It's real. People will leave you and your life will fall into total chaos. You will feel like you're having a heart attack. They might not even care. But I would never leave my post as my cats dad. But I am in pain. I am crumbling."

Later, following several similar posts with a decidedly nihilistic tone, Adams thanks fans for their supportive messages and assured his followers, "I am speaking with a grief/ crisis counsellor."

"I apologize if I caused anyone any worry," he added, alongside photos of his beloved feline friends. "Depression, anxiety/ panic attacks & grief are very real and serious issues. If anyone is suffering I urge you seek help. And cats."

Thank you for the kind messages. I am speaking with a grief/ crisis counsellor.
I apologize if I caused anyone any worry. Depression, anxiety/ panic attacks & grief are very real and serious issues.
If anyone is suffering I urge you seek help. And cats. pic.twitter.com/mmm6jrx1Q7

For more on the former couple's troubled relationship and divorce, watch the video below.

If you or someone you know needs help, please call the National Suicide Prevention Lifeline at 1-800-273-TALK (8255).