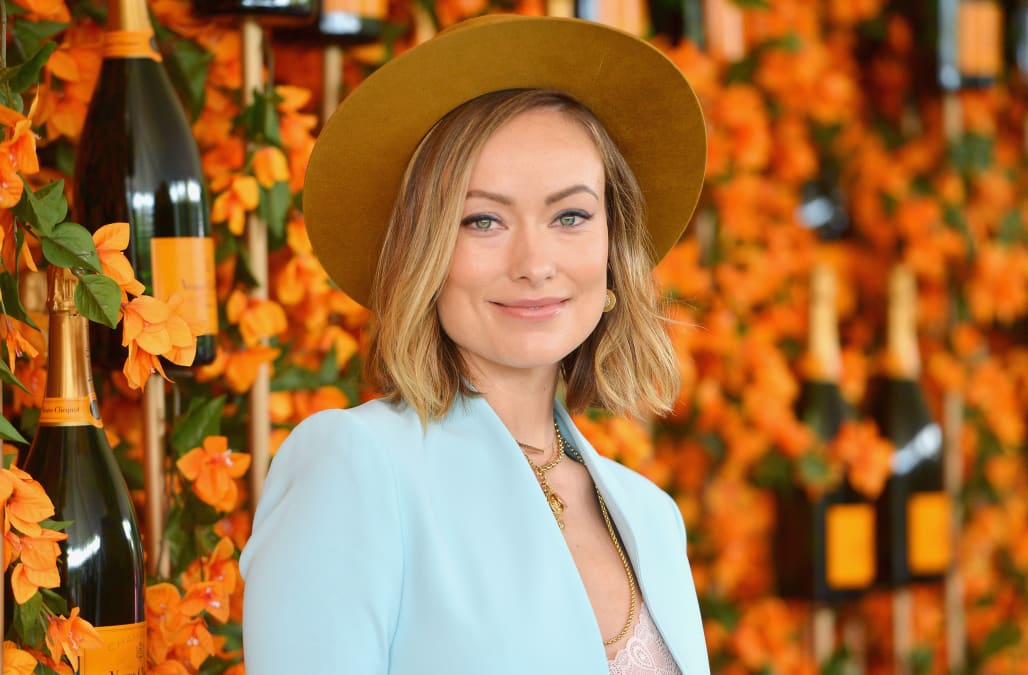 Olivia Wilde has never been afraid to be outspoken, and she couldn't be prouder of all of the other celebrities who have let their guards down and allowed themselves to speak freely on the topics that matter most to them -- critics be damned.

The actress has long been an advocate for other women around the world in raising awareness for a variety of issues and has also spoken out on the rights of farmworkers, healthcare, education around the world and sustainability. The list goes on, but the point is that Wilde has never let the risk of alienating people that don't agree with her stop her from speaking out on what she believes in, which she's noticing more and more from other public figures.

"I’ve always been outspoken. Ever since I had any kind of platform, I have used it to try to share information that I thought was important," Wilde explained exclusively to AOL's Gibson Johns during a recent sit-down. "Now you see a new generation of people that really embrace that, and they want to use their platforms and large fanbases to really change things, whether that’s getting people registered like Yara Shahidi and her incredible initiative, or it's people with massive followings like Kim Kardashian talking about criminal justice reform. That’s a really important conversation, and I give her a lot of credit for bringing attention to it."

"There are so many different people who have these genuine, authentic interests and they’ve kind of lost the fear of using their platforms to talk about real things," she added.

19 PHOTOS
Olivia Wilde out and about
See Gallery

Really, what is there to lose? It's a question that Taylor Swift was surely grappling with before she broke her silence on her own personal politics last weekend, and she clearly came to the same conclusion as many of her peers: Not much. If anything, there's more at stake by not speaking out about things that truly matter.

"I know that when I post something political that I use followers," Wilde said with a laugh. "I’m amazed that they ever followed me to begin with. They’re like, 'Unfollow!' And I’m like, 'What?! Who did you think I was?' I’m excited about the way that people are now using social media to learn about new ways of thinking, new ways of getting involved in politics and new ways of becoming activists."

And it's not just celebrities who are sticking their necks out to spread the word about important issues and initiatives these days, either. Large brands with national recognition are using their power to make a difference, too. Wilde partnered with Dunkin Donuts Coffee at Home in New York City recently to open the world's first Home That Runs on Dunkin' -- a tiny home powered completely by coffee grounds, which is exactly the kind of potentially game-changing project that gets the actress so excited.

"When you come in contact with a large brand like Dunkin’ that wants to use their huge platform to actually start a conversation about sustainability, that’s really kind of amazing," she explained. "I’m always looking for large brands that want to do that."

It's an initiative that truly falls in line with the work and research that the 34-year-old has done throughout her career.

"I was really excited when they came to me with this idea, because I am always interested in researching evolution and sustainability in terms of all different kinds of technology, whether it’s beauty or the auto industry or home design with any kind of materials," she said. "Biofuel is something that I’ve put a lot of thought into and I’d researched all different types of alternative fuel, and the idea of fuel made from spent coffee grounds was exciting to me in particular because I am a massive coffee fan. Imagine a world where power is running on coffee grounds! It's a real dream kind of scenario."

More from Aol.com:
Arnold Schwarzenegger says he feels bad about his past treatment of women: 'I stepped over the line several times'
Hollywood legend Bob Barker suffers horrifying 'medical emergency'
Some are calling out Sarah Palin over meme they say 'demeans' people with Down syndrome