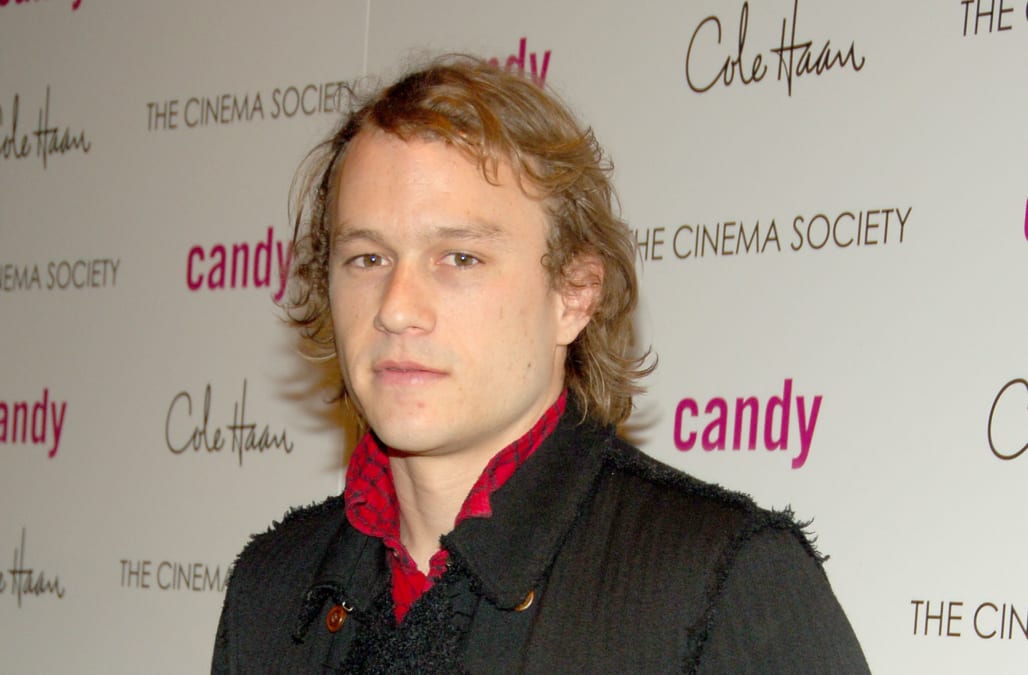 Maggie Gyllenhaal remembers Heath Ledger for his final and most iconic role.

The 40-year-old actress co-starred alongside Ledger in the 2008 superhero flick, The Dark Knight, where she played Batman’s love, Rachel, and he played the villainous Joker.

During an appearance on Wednesday’s Watch What Happens Live with Andy Cohen, Gyllenhaal was asked by a caller about her favorite memory of working with the late actor, who died before the film’s release.

"I remember coming to work and seeing him — that scene where the Joker throws me off a roof — and seeing him come in and start to do what he was doing, which was the first time I saw it,” she said of the method actor’s work. "I still think about this sometimes.”

Gyllenhaal added that what Ledger did was unique for an actor in a blockbuster film.

"It’s so hard to be good in a huge movie like that. It’s not about the acting, really,” she said. "It’s so much easier to be good in a little tiny movie where it’s all about you. To be amazing like Heath was in a movie that’s got explosions and huge stunt scenes and big sets is a whole other thing. I don’t know if anyone’s ever, ever done that as well as he did in The Dark Knight.”

Host Cohen marvelled at the star’s ability to command a scene and to prove his acting prowess in such a large scale production.

"It felt like that on set too. It was like, ‘Whoa, you’re on a whole other level,’” Gyllenhaal agreed.

Ledger went on to posthumously win a Best Supporting Actor Oscar for the film. He is the only actor to have won an award in this category after his death.

Maggie’s brother, Jake Gyllenhaal, also had a close relationship with Ledger after the pair co-starred in the 2005 film Brokeback Mountain, which earned them both Oscar nominations.

See photos of Heath Ledger, Michelle Williams and their daughter: