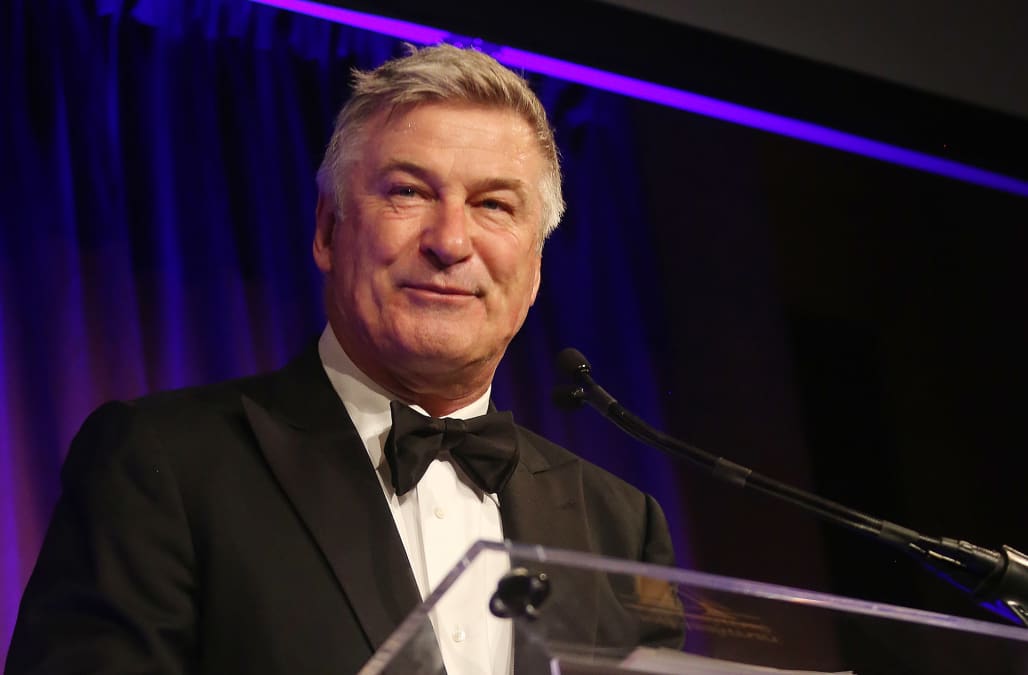 The 60-year-old actor was recently a guest on The Rachael Ray Show, for an episode that will air Oct. 15, where he opened up about the type of chats he had with the lovebirds ahead of their secret nuptials.

"It's young love," he says. "They came to my house this summer. Hailey, who is adorable, she came with [Justin] to my house, and they sat down. And I always say to people, 'You get married because you have to.' I don't mean in that sense... I meant that when I met my wife, [Hilaria Baldwin], I wasn't really thinking about getting married again. I wasn't sure [if I wanted to], I didn't really think about it much at all."

"And when I met Hilaria, I remember sitting there going, 'Oh, the thought that that woman is out there and I don't have her, I would be miserable,'" he continues. "Like, I had to marry her."

And Alec certainly knows a thing or two about tying the knot in the spotlight. He's been married to Hilaria since 2012, and the two share four kids together: daughter Carmen, 5, and sons Rafael, 3, Leonardo, 1, and Romeo, 3 months. He also shares a daughter, 22-year-old Ireland, with his previous wife, Kim Basinger.

ET spoke with Ireland at the iHeart Radio Festival back in September, where she reacted to what it's like seeing Hailey and Justin so in love.

"[Their engagement] was meant to be a long time ago," she added. "It was just a long time coming, and we're all like, 'All right, thank God, let's move forward.' They’re so in love and they really do a lot of good for each other, and that's the most important thing for me, that he makes her so happy."

Just one month after rekindling their romance, Justin, 24, proposed to Hailey, 21, in July while the two were vacationing in the Bahamas. They secretly tied the knot in New York City last month.

An additional source told ET earlier this week that although Justin and Hailey are legally married, the pop star is choosing not to wear a wedding band just yet, but will "most likely" rock one following a "more formal ceremony" with family and friends.

"Justin is telling friends he isn't planning on wearing a wedding band for a while," the source said. "As much as Hailey and Justin are public about their relationship, they are trying not to make a spectacle of it, and that is why they kept their marriage under wraps and got engaged without telling anyone."