Peggy McCay, longtime star of ‘Days of Our Lives,’ dies at 90 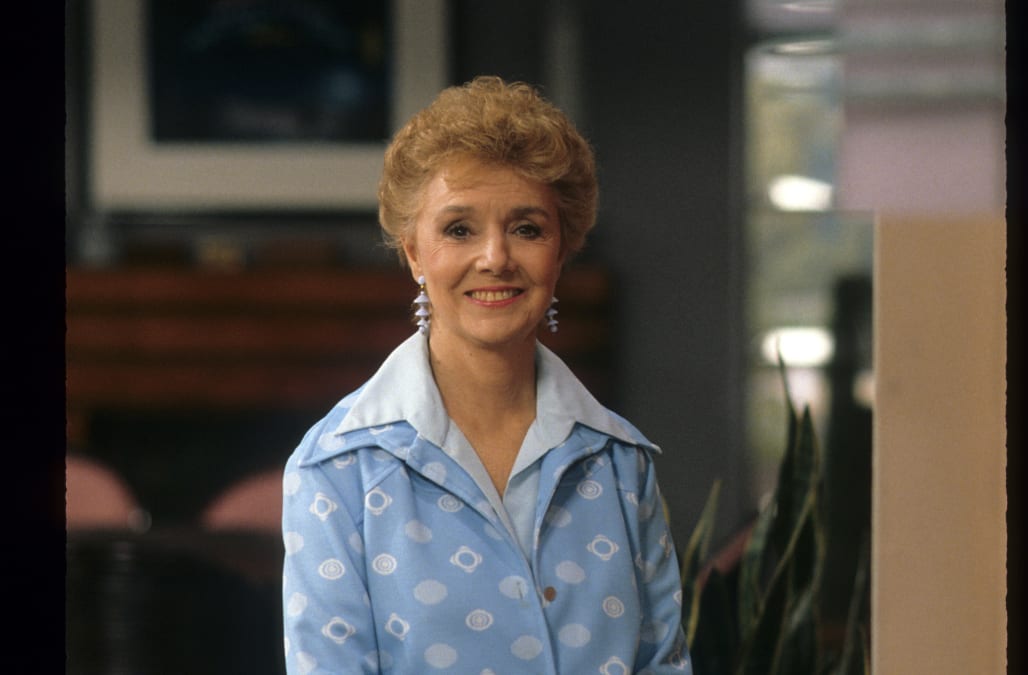 Peggy McCay, who played Caroline Brady on “Days of Our Lives” for 30-plus years, died Sunday of natural causes. She was 90.

Her “Days” co-star and close friend Deidre Hall made the announcement on Facebook, writing:

McCay studied with Lew Strasberg in New York and later assisted in setting up his west coast acting studio, which was attended by such luminaries as Marilyn Monroe, James Dean and Paul Newman. Early in her theater career she won an OBIE for Best “Off-Broadway” Young Actress of the Year for her performance in “Uncle Vanya.”

Although she appeared in countless television shows, including “Maverick,” “The Andy Griffith Show,” “Perry Mason,” “Gunsmoke,” L.A. Law,” “Cold Case,” “Lou Grant” and won a primetime Emmy for for Outstanding Guest Actress in a Drama Series for her performance in “The Trials of Rosie O’Neill,” she is best remembered for her role as family matriarch Caroline Brady on the NBC soap opera, “Days of Our Lives.”

McCay joined the cast of the daytime drama in 1983, during which time she was nominated four times for Daytime Emmys, most recently in 2016 at the age of 88.

Members of her soap opera family paid tribute: Check our their emotional messages in the gallery below.

Stars pay tribute to Peggy McCay
Well Peggy, this is unexpected. The last time I saw you, you talked about how eager you were to get back to work. You said it with such conviction and longing. Don’t worry, you gave the world plenty. Gave your audiences inspired performances and your fellow actors your strength and inspiration and absolute love of the work. I will miss you sweet, Peggy. I am so grateful for the time I had with you . Sending love to your loved ones. Rest In Peace. #days #mamabradyforever
Peggy McCay was such a beautiful and tender woman. Her Presence was truly special to be around. Very honored to hav… https://t.co/R8lIw8NAyT
Peggy was a complete pro. Tough, caring, dedicated. I watch her on Gunsmoke reruns, Andy Griffith and so much more.… https://t.co/oMGSKXy4M0
Just heard Peggy took her Final bow. RIP love...you’re a star forever!
RIP Emmy winner Peggy McCay - ⁦Days of Our Lives⁩' Caroline Brady - gone at age 90. No one in show biz was more in… https://t.co/1mWtcLYgar
RIP Momma Brady... What a truly wonderful woman... Blessed that I got to act opposite you... You will be missed and… https://t.co/XtT4cjUZ12
I just heard the news that #PeggyMccay has passed. She was like a real grandmother to me, a mentor, a great source… https://t.co/x11r8ICly7
Always a classy lady our Emmy winning Peggy McCay who cared about her craft, her fellow actors and the Life of Days… https://t.co/az5vsLGyfD
Up Next