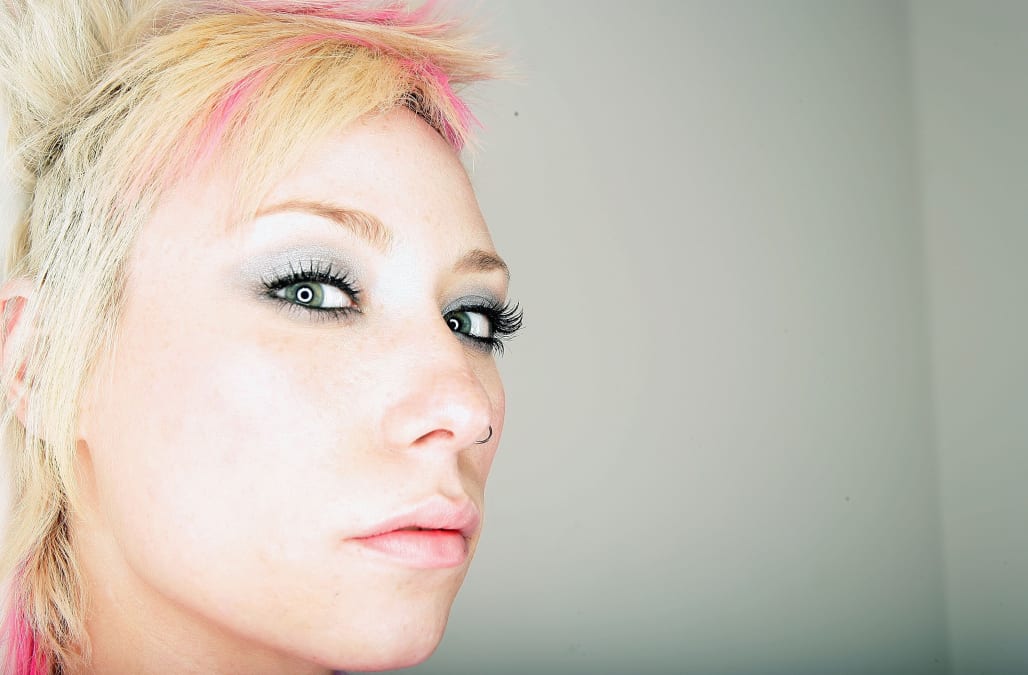 Jael Strauss is fighting for her life.

The 34-year-old model, who finished sixth on the eighth season of America's Next Top Model in 2007, took to Facebook earlier this month to reveal her devastating diagnosis of stage IV rapidly progressive metastatic inflammatory breast cancer.

"I was gonna write some long thing but some of you guys deserve to know, On October 2nd I was diagnosed with stage IV breast cancer," she wrote. "It has aggressively spread throughout my body and is incurable. With treatment it may prolong my life longer than the 'few months' doctors said I could make it."

The 2013 miracle she referenced is likely related to her sobriety. Strauss celebrated her fifth-year sober back in August in a lengthy Instagram post.

"Miracles are real, Recovery is possible for everyone no matter how far gone you think you are, We are never too broken to be put back together, Service work feels better than the greatest high, Sobriety makes you weirder not normal😊," she wrote in part at the time. "And I’d be dead if it weren’t for all the love and forgiveness I’ve been showered with by my friends and family."

Today I have 5 years sober. Good God! I know a few things to be true: Miracles are real, Recovery is possible for everyone no matter how far gone you think you are, We are never too broken to be put back together, Service work feels better than the greatest high, Sobriety makes you weirder not normal😊 and I’d be dead if it weren’t for all the love and forgiveness I’ve been showered with by my friends and family. Thank you to anyone that’s ever let me sponsor them. Thank you to my partner Cody Bear for showing me what real love is like. Thank you to all my beautiful family (blood and extended). Because of this gift I have no friends, only family. Love you all! Keep up the good fight😘 #Recovery #sobriety #12steps #drphil #antm

"She has just begun chemo, but we do not know how things will play out. What we do know is that Jael is putting all of her energy and drive into fighting this insidious disease and can use as much support and love as possible," the page reads in part. "... She has created 'gofundmes' for literally dozens of her friends, and it is now time for us to pay her back. We have the chance, and honestly the obligation, to step up and return the favor."

In an update posted earlier this week, Cody Haynes, Strauss' partner, thanked contributors for raising more than $8,000 of the $15,000 goal.

According to a second update posted on Tuesday, Haynes revealed that Strauss is "sleeping soundly here at the hospital tonight" as she prepares for her second round of chemotherapy, which will begin on Wednesday.

Haynes said that everyone is remaining "optimistic throughout her treatment."

"The road ahead may be quite long and challenging at times, and your continued support, love and prayers are needed," Haynes wrote.

In an Instagram post on Wednesday, Strauss revealed that there will be a cancer relief fundraiser for her on Saturday, Oct. 13 in Austin, Texas, and will feature raffles, a DJ and a photobooth.