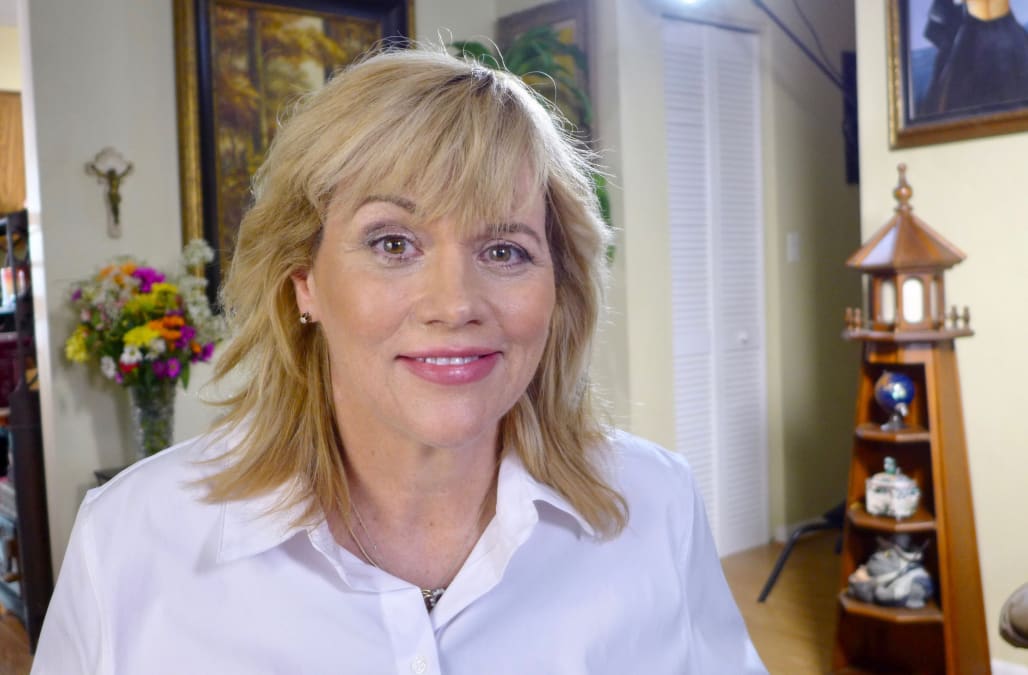 Samantha Markle is opening up about her uninvited visit to Kensington Palace earlier this week.

In an interview with DailyMailTV, Meghan Markle’s 53-year-old half-sister discussed what led her to drop by the Palace on Monday.

“I wasn’t trying to crash anything, I’m very polite and respectful. I was not turned away from Kensington Palace. I’m pretty mature, I’m pretty composed, I’m not the kind of person that’s turned away,” Samantha said.

“I was very respectful and I went there to deliver a letter,” she continued. “Nobody was turned away, nobody was disrespectful and it was a wonderful experience. It was a nice experience and nobody was mean to me at all, I was quite surprised.”

Samantha’s characterization of her demeanor at the Palace is in line with what a source told ET earlier this week, calling the writer “upbeat and cheery.”

Samantha remained mum about the exact contents of the letter, but said, “I think I accomplished my goal and we’ll just have to wait and see how it was received.”

“I wanted to express some sentiments and set some records straight,” Samantha shared to DailyMailTV. “I can’t give the details of that but I really wanted the world and really my sister and the British royal family to know what happened and know the truth about a lot of things.”

As for a direct plea to her 37-year-old half-sister, Samantha had a lot to say.

“Let’s just cut through all the crap, you’re a woman, life is short. I believe you have it in your heart to do the right thing here,” Samantha said. “You know Dad loves you, you know he’s been there for you more than anyone, so don’t let this public monster and misperception that he’s like a sperm donor dad trying to be involved all of a sudden.”

Samantha continued to stick up for her father, whom, she claims, Meghan lived with “for much of her life” and whose treatment by Meghan and the royal family has been, she says, “all grossly unfair.”

Though she’s not taking anything off the table, Samantha knows that there’s one thing she would not do to get to her sister -- contact the queen.

“Addressing her is not appropriate. I know people have done that before – my brother – but she’s 93, 94 years old, it’s not her issue,” she said. “It’s very disrespectful to address the queen, so no, I’m not going that route. I know the public would love me to or say that’s my next move but I’m not tacky.”

As much as she’d like Meghan “to do the right thing,” Samantha has placed “the ball in my sister’s court.”

“It’s a real family and life is very short so I just hope, for her sake as well, that Meg doesn’t let this go,” she said. “I was concerned about my father passing away without resolve here because that would be awful for everybody and I really doubt she could live with that. She needs to do the right thing.”

According to a source, though, it’s unlikely that Meghan will reach out to her family.

"The Palace doesn't want to dignify any of it because it just adds fuel to the fire. Samantha revels in the attention. Meghan is not corresponding with her sister or father [Thomas Markle]," a source told ET.

"Meghan loves her new role," the source continued. "She takes it very seriously and wants to make a difference. She's mindful that she's representing the queen and the royal family and doesn't want to put a foot wrong."