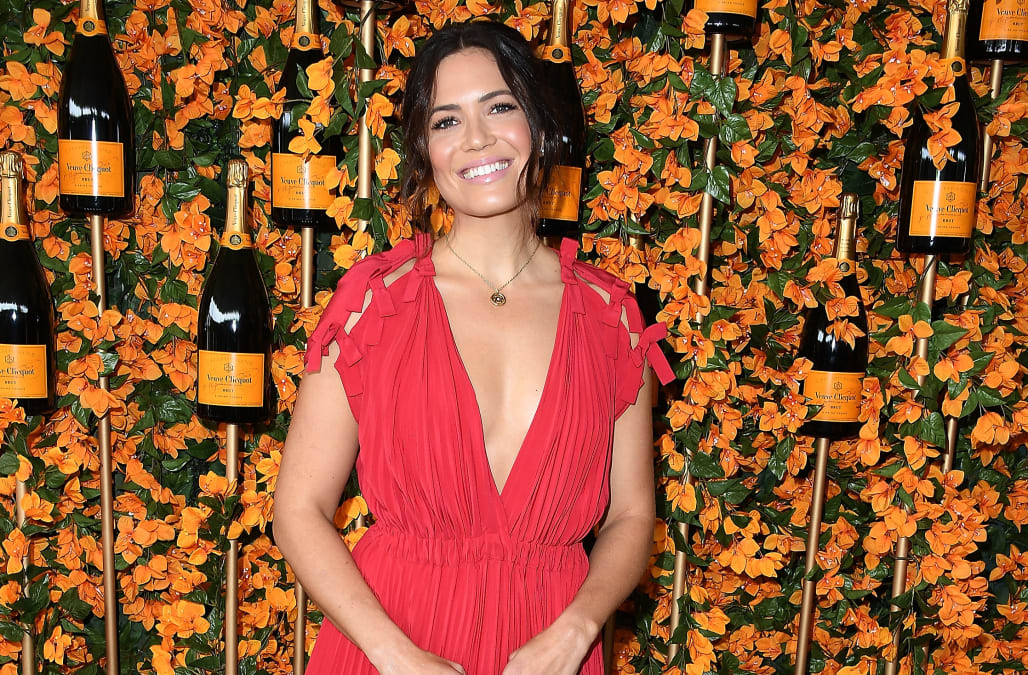 A kiss from an ex!

Mandy Moore had some fun at the Verve Clicquot Polo Classic over the weekend. The This Is Us star, 34, reunited with her ex, actor Wilmer Valderrama, who gave her a sweet smooch on the cheek for a selfie.

Moore posted the pic on her Instagram account along with several other pics from the event. For the Polo Classic, Moore sported a cherry red dress with see-through black heels.

“Thanks for having us, @veuveclicquot,” Moore captioned the pics. “#veuveclicquotpoloclassic.”

The exes still seemed to be on friendly terms, despite Moore calling out Valderrama, 38, back in June for lying about taking her virginity.

“He did not. I dated him when I was 16 and 17 — No!” Moore said on Sirius XM’s The Howard Stern Show. “I love him and I still love him and he’s a very good friend. And that’s why I was so shocked by it because not only was it a fib, but it was so unlike him, it was so uncharacteristic.”

Though the two exes are certainly friendly, there’s nothing romantic going on there. Moore got engaged to musician Taylor Goldsmith last September, and Valderrama is currently single, though he has been regularly visiting his ex Demi Lovato during her rehab stint.

A source recently told ET, “Demi has been fortunate to have her family and friends for support during this time. Demi’s mother and her ex, Wilmer, have visited her in rehab when they can.”

More from ET Online:
Gwyneth Paltrow offers fans a peek at her honeymoon suite in Paris
Jennifer Garner says family Halloween decorations will include Ben Affleck after finalizing divorce
Scott Disick says he 'doesn't like looking at' Kim Kardashian for this reason