'The Good Place' star Jameela Jamil gets real about her body: 'I won't be thinking about the love handles that I did or didn't have' on my deathbed 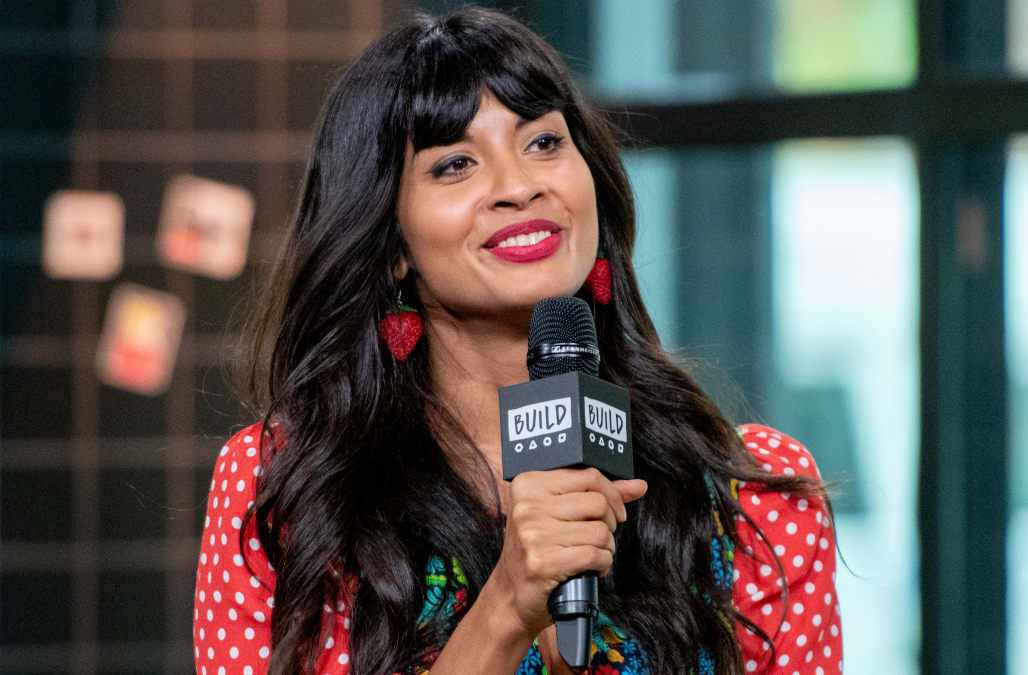 A meme featuring Kim Kardashian’s reported weight of 123 pounds made The Good Place star Jameela Jamil realize that society values women based on how “much flesh they have on their body and how much space they’re taking up in the world physically.”

And because of this revelation, the actress was inspired to share her own weight with the internet — which, she believes, has nothing to do with her appearance. Instead, her self-image is all about her relationship, financial independence, job, and more defining characteristics, specifically the ones that she’ll remember on her deathbed. “I won’t be thinking about love handles that I did or didn’t have or whether or not I had a flat stomach,” she shared on Build recently. “I’ve never had a flat stomach. It just doesn’t happen, it’s just not going to happen, and it’s my little warm roll, and I like it, and I’m not a failure for not having a flat stomach,” she said. 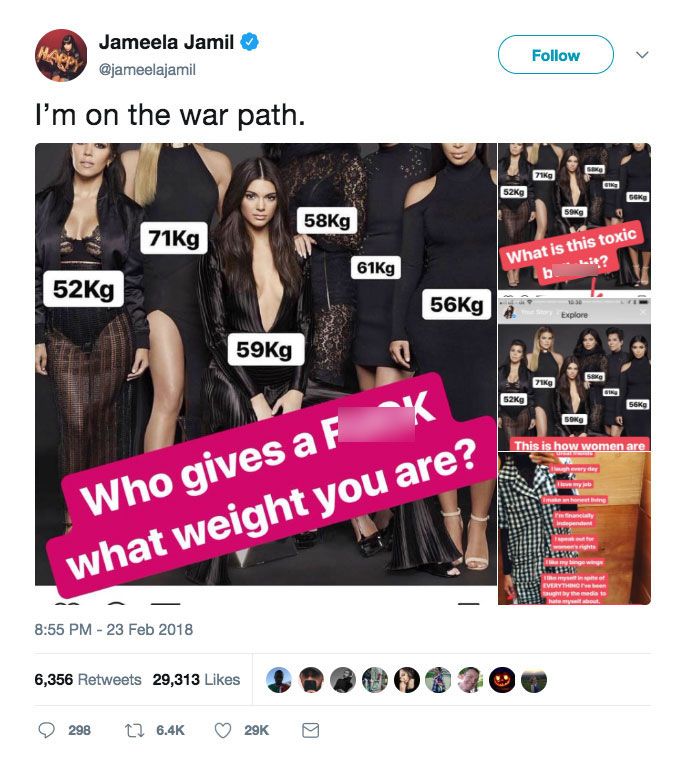 Jamil never expected the response to her post to be so prolific — but in just a couple of months, more than 170,000 people have followed the @I_weigh page she started in March.

“I think what I might have done, for a few people anyway, was woken them up to realizing that we’re being poisoned,” she speculated about the reason her movement has resonated so much. “And it’s worse than ever because of social media. It was bad when I was young, but you had to go out and buy magazines that were toxic, you had to go out and look for bad websites. Nowadays it’s just on your phone and pops out whether you want it to or not. We’re taking girls’ eyes off the ball; we’re making them think about their bodies all day when they should be thinking about their jobs, or relationships, or growing their happiness.”