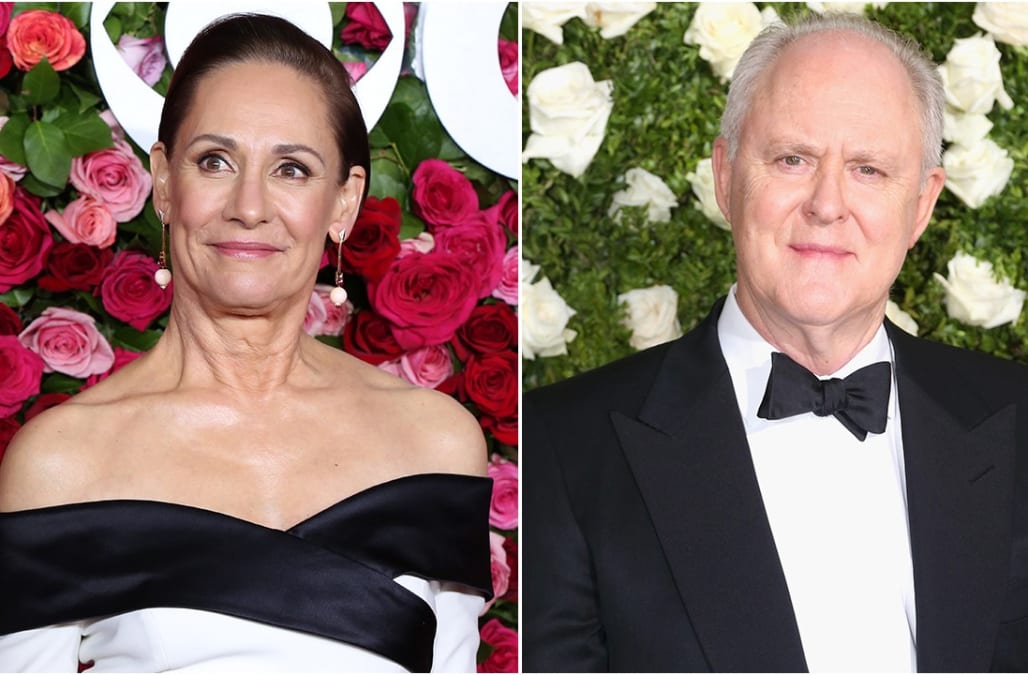 Laurie Metcalf and John Lithgow are taking on the Clintons.

The two actors will portray Hillary and Bill, respectively, in a new Broadway production, Hillary and Clinton, written by Lucas Hnath and directed by Joe Mantello.

The play will take audiences behind closed doors of the early days in the former first lady’s bid for the 2008 presidential election as her husband and campaign manager butt heads over how things should be run. Hnath’s play will examine gender and marriage politics through the lens of this American dynasty in crisis.

The play marks a reunion for Metcalf and Hnath, who wrote A Doll’s House, Part 2, for which Metcalf won a 2017 Tony Award. The following year, she took home another Tony for Three Tall Women, co-starring Glenda Jackson, who won the triple crown of acting for her performance, and Alison Pill.

Speaking with ET about her celebrated turn in A Doll’s House, Metcalf praised Hnath for the collaborative atmosphere as the play made its journey from the workshop to Broadway. “Everybody had a say and it was helpful in, I think, finding a balance for all four characters’ viewpoints. Lucas was open to working with everybody.”

Offstage, Metcalf is set to reprise her role as Jackie on The Conners, ABC’s new spinoff after Roseanne was canceled earlier this year.

Lithgow, meanwhile, is no stranger to the stage, having recently come off a limited run of the one-man show, John Lithgow: Stories by Heart. His portrayal of Clinton follows his award-winning turn as Winston Churchill on The Crown and news that he’s been cast to play Roger Ailes in Fair and Balanced, the working title for the upcoming Fox News biopic, starring Allison Janney, Charlize Theron, Kate McKinnon, Margot Robbie and Nicole Kidman.

Previews for Hillary and Clinton begin March 16, 2019, with an official opening set for April 18, 2019. The theater is to be announced.