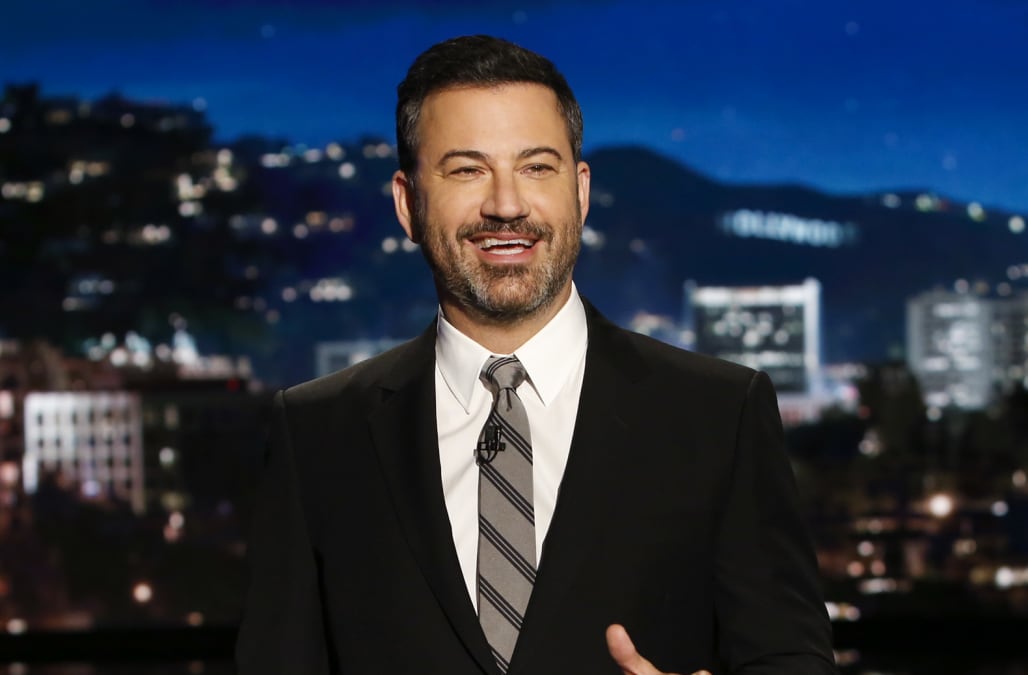 In a new interview with The Hollywood Reporter focused on his announcement that he's partnering with Caesars Entertainment to open a comedy club in Las Vegas next year, the late-night host was asked about how he would go about vetting and booking comics, considering the backlash that the Comedy Cellar has faced for giving Louis C.K. a platform to perform twice in the last two months, despite C.K.'s admission that allegations of sexual misconduct against him were accurate.

"If we get into the business of sanitizing every comedian and doing a thorough background check before they walk through the door, it’s going to be a very empty stage," Kimmel said with a laugh when asked how he would vet the performers at his future comedy club. "I think people tend to focus on the one or two people who walk out of a situation like that. Ultimately, the audience decides whether someone is welcomed back."

When the interviewer pushed Kimmel on his answer, asking if he'll be looking for a more diverse lineup of comedians to welcome into his club, he insisted that he'll be seeking talent based on just that -- talent -- and no other factors.

Pushed once more on how he would go about making his future club a "safe space," he laughed again.

"Oh, I don’t know that comedy clubs should be a safe space!" he said.

At least one high-profile celebrity called Kimmel out for his comments regarding Louis C.K.: "Top Chef" host Padma Lakshmi. The television personality, who last week penned a harrowing op-ed in the New York Times revealing that she was raped as a teenager, tweeted her response to a Vulture article that picked up Kimmel's interview.

"Love you @jimmykimmel but the comedy community can also evolve their culture so that a known abuser who sexually humiliated women & silenced them for decades isn't welcomed back w/ open arms by @ComedyCellarUSA," she tweeted. "I know a lot of standups who are NOT ok with sharing a bill with him."

Other Twitter users were quick to jump on the comments and criticize Kimmel for his words.

"I don't even know if guys like this know how many people they're kind of kicking in the head when they say this stuff?" NPR host Linda Holmes wrote in a Twitter thread. "Anyway, I am taking a short break from Dude Opinions."

"No one is asking comedians not to do risky material or to be perfect people," someone else responded. "As a workplace safety issue, patrons & other comics should not be subjected to the presence of those credibly accused of patterns of assault & harassment. You're conflating 2 diff things."

Others were more harsh, writing "Jimmy Kimmel still sucks" and questioning "how that goes over with his writing staff."