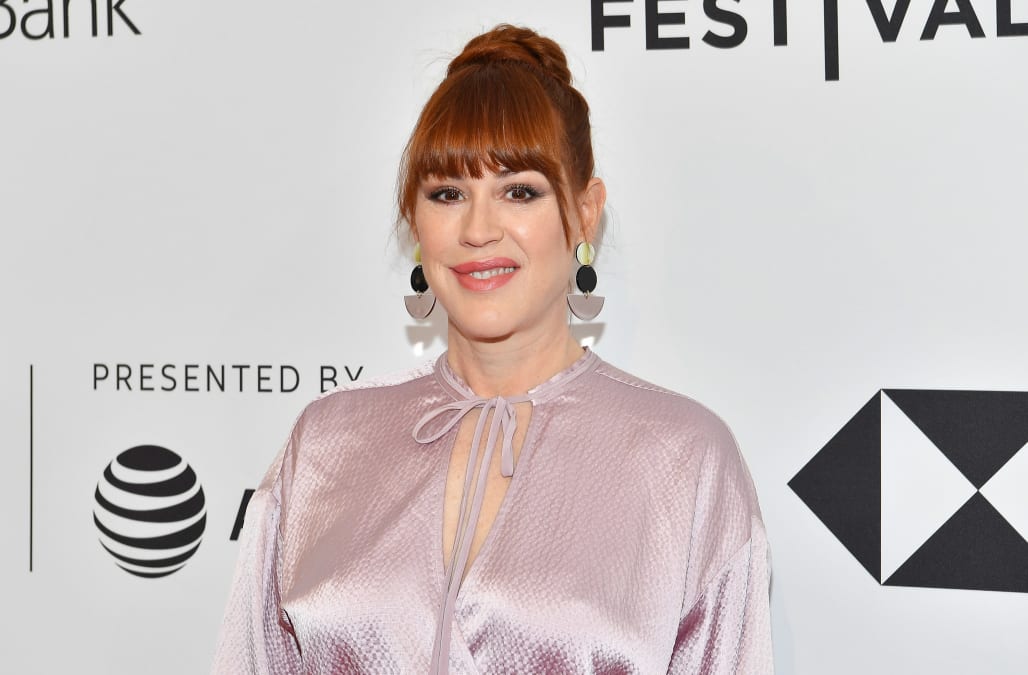 The 1984 John Hughes flick Sixteen Candles has long been hailed as a coming-of-age classic, but in light of the #MeToo and Time’s Up movements, a lot of the story’s plot has been seen as problematic by both fans and now star Molly Ringwald.

The 50-year-old actress opened up to NPR about the film more than three decades later, saying that while she had some problems with the film at the time, becoming the mom of a teenage daughter has also changed her perspective on it.

“Everyone says and I do believe is true, that times were different and what was acceptable then is definitely not acceptable now and nor should it have been then, but that’s sort of the way that it was,” Ringwald said of the ‘80s. “I feel very differently about the movies now and it’s a difficult position for me to be in because there’s a lot that I like about them.”

The film features male love interest and lead Jake Ryan (Michael Schoeffling) talking about the possibility of “violating” his unconscious girlfriend, Caroline (Haviland Morris), and later shows Caroline not remembering having sex with Ted (Anthony Michael Hall) after Jake sends her home with him.

Ringwald also noted that it’s important to her not to criticize or “appear ungrateful” to late director John Hughes, who is known for Sixteen Candles, The Breakfast Club, Ferris Bueller’s Day Off and more classics, but added, “But I do oppose a lot of what is in those movies.”

The ‘80s icon insists that she was concerned about some of the film’s content even back when they were making it, saying, “There were parts of that film that bothered me then. Although everybody likes to say that I had, you know, John Hughes’ ear and he did listen to me in a lot of ways, I wasn’t the filmmaker. And, you know, sometimes I would tell him, ‘Well, I think this is kind of tacky’ or ‘I think that this is irrelevant’ or ‘this doesn’t ring true,’ and sometimes he would listen to me, but in other cases he didn’t.”

Ringwald notes she was cautious about crossing a line with the director at the time. But just because she finds parts of Sixteen Candles problematic doesn’t mean that Ringwood is opposed to all of the Hughes’ films she made.

“Having a teenage daughter myself, I know that it’s not always easy to get teenagers to talk. But these films or to break through that,” she said. “There’s something that really touches teenagers, especially The Breakfast Club I feel like sort of gives them permission to talk about their feelings — says that teenagers’ feelings really matter.”

This isn’t the first time Ringwald has spoken up in light of the #MeToo movement. Last October, she penned a piece for The New Yorker discussing her own sexual harassment at the age of 13.