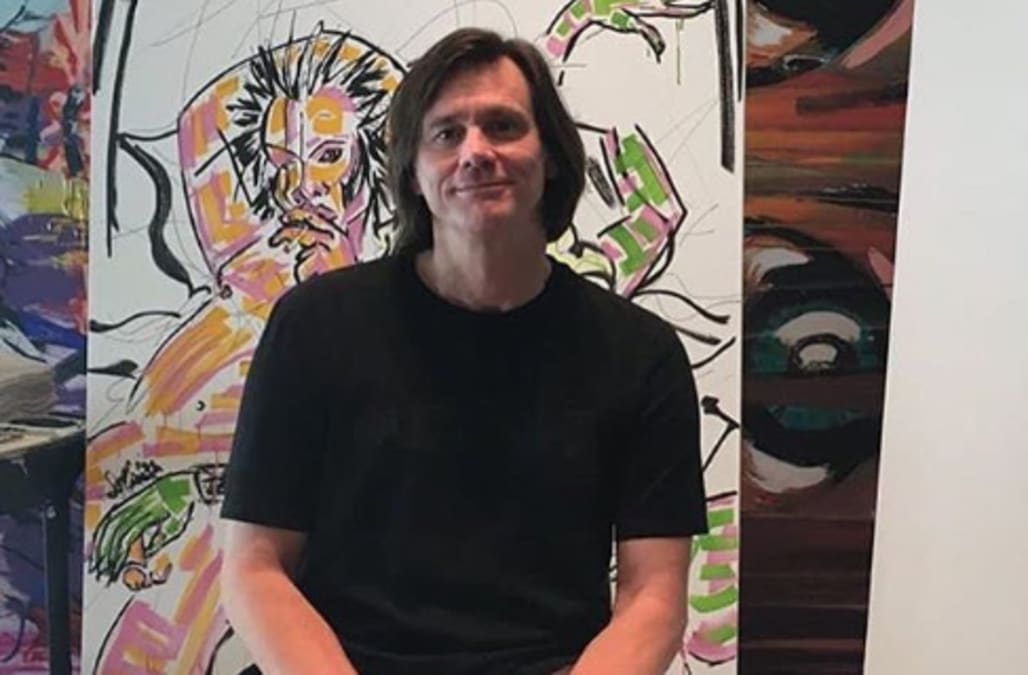 Jim Carrey was back at the drawing board (literally) Friday night, this time depicting his contempt for Sen. Lindsey Graham and his rage-filed tirade during Supreme Court nominee Brett Kavanaugh’s testimony before the Senate Judicial Committee on Thursday.

Carrey’s latest politically charged artwork was of a squinty-eyed and toothy-scowling Sen. Graham, presumably recreating his take on the Republican’s outburst following the testimony of Dr. Christine Blasey Ford, who accused the judge of sexually assaulting her three decades earlier.

“Ever wonder why women don’t report sexual abuse?” the caption read. “Look no further than the hideous and hateful face of Lindsey Graham who offered nothing but anger and absolute disdain to Dr. Christine Blasey Ford following her courageous, and very credible, testimony. Talk about ‘a disgrace.'”

Ever wonder why women don’t report sexual abuse? Look no further than the hideous and hateful face of Lindsey Graham who offered nothing but anger and absolute disdain to Dr. Christine Blasey Ford following her courageous, and very credible, testimony. Talk about “a disgrace." pic.twitter.com/PSCNZv2cnp

After Dr. Blasey Ford’s emotional testimony in which she said that Kavanaugh tried to rape where when they in high school, the judge answered the committee’s questions. Democrats repeatedly asked him if he would be willing to have the FBI reopen his background check so his name could be cleared, which set off Graham.

In a lengthy, angry rant, Graham accused the Democrats of wanting to “destroy this guy’s life” and put him through “hell,” shouting that Republicans who voted against Kavanaugh would be “legitimizing the most despicable thing I have seen.”

Graham is just the latest target of Carrey’s unflattering political art that he’s been painting and posting to Twitter over the past year. In case you’re not on social media, most of his stuff is firmly anti-Trump.

“I do cartoons because I can’t just watch this nightmare unfold. I have to make it into something,” Carrey said at the Television Critics Association press tour. “I have to alchemize it into something that is at least creative and different — even if it’s crass at times.”