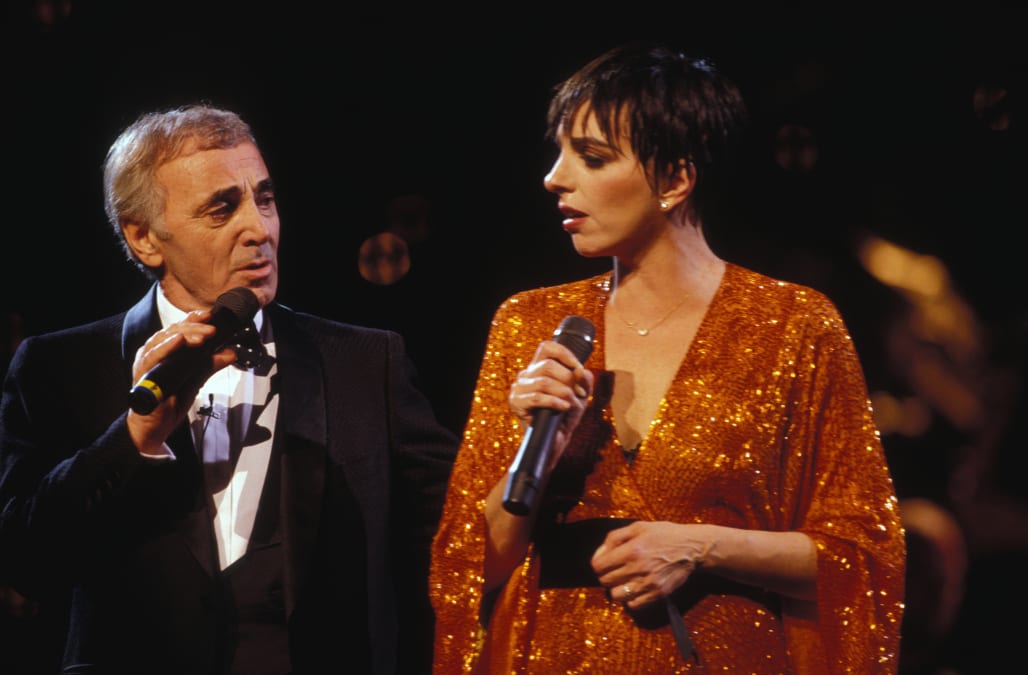 Charles Aznavour, one of France’s greatest singers, composers and film stars, has died. He was 94.

According to multiple media reports, the French Culture Ministry announced his death on Monday. A representative for the Culture Ministry has not yet responded to TheWrap’s request for comment.

According to the BBC, Aznavour died at one of his homes in the south east of France.

Aznavour was perhaps best known for his 1974 hit, “She,” and received a star on the Hollywood Walk of Fame in 2017. He was also named entertainer of the century by CNN in 1998. In a career spanning over 80 years, he released more than 1,200 songs and wrote or co-wrote over 1,000. According to The Guardian, he was regularly referred to as France’s Frank Sinatra. He sang for presidents and royal families at numerous charitable and humanitarian events.

He often sang about taboo subjects. His 1955 song “Apres l’Amour” was banned in France because it depicted a couple in post-coital happiness, while 1972’s “What Makes a Man” was about a gay transvestite. His singing partners included Sinatra, Elton John, Celine Dion, Sting and Liza Minnelli.

Apart from selling more than 180 million records, Aznavour also starred in 80 films and TV movies, including 1974’s “And Then There Were None,” as well as 1979’s “The Tin Drum,” which won the Academy Award for Best Foreign Language Film in 1980.

Aznavour was born on May 22, 1924 in France to Armenian parents who had fled Armenia’s genocide to start a new life in Paris. The Guardian reported that he left school at the age of nine to become a child actor, appearing in Francois Truffaut’s “Shoot the Piano Player.” During the occupation of Paris during World War II, he forged his singing career performing in cabarets as his family hid Jews and communists in their apartment while fighting with the resistance.

Aznavour was also an activist for the Armenian people. After the 1988 Armenian earthquake, he founded an organization with his friend Levon Sayan, and in 2009, he was appointed the ambassador of Armenia to Switzerland, as well as Armenia’s permanent delegate to the United Nations at Geneva.

According to the BBC, the singer was set to embark on a seven-date tour across France and Switzerland starting in November this year.