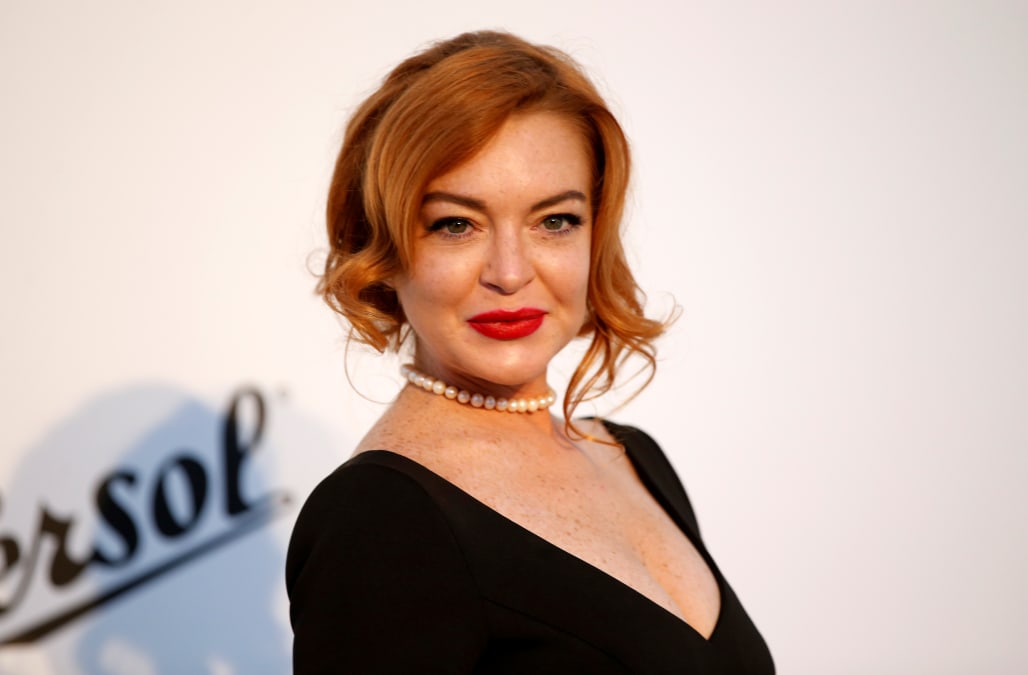 Lindsay Lohan is under fire once again after a bizarre incident involving a Syrian family which she broadcasted live on Instagram.

The run-in with the family began innocently enough on Friday evening, with the actress hopping out of a car — it’s unclear if she’s in Paris or Moscow, as some have said — and telling her viewers about the family.

“Hey everyone, I just want to show you a family that I met,” she tells viewers as she walks up to the family where they huddled on the side of the road. “A Syrian refugee family that I’m really worried about. They really need help. Tell me your story so I can help you. What do you need? Do you want me to give you a hotel? So I want you to tell America what you need, and I will get it for you.”

RELATED: Lindsay Lohan as a teenager growing up in New York

Lohan laughed and smiled at the family’s son, who cheekily smiles back. But things soon escalated when Lohan encouraged the little boys and their mother to accompany her to a hotel.

“Thirty seconds — run. You shouldn’t be sleeping on the floor. You’re a good little boy, and this is not fair. You should not have them on the floor,” she tells the parents. “You’re a hardworking woman. If someone’s offering them a home or a bed, which is me at this moment, give it to them. I’m a good person.”

When the family realized Lohan wasn’t going to back down, they got up and started walking. However, she followed the family around town on foot, promising to put them up in a hotel for the evening and saying that their son can watch movies on her TV or computer.

“Are you cold? You want to come with me? Come with me, I’ll take care of you guys,” she says to the family. “Do you want to stay in a hotel tonight? Do you want to watch movies? He’s so cool. It would be so cool to watch a movie on a TV or a computer. Let’s go. I’ll take you with me.”

But the confrontation soon turned ugly when Lohan realized the family wouldn’t be joining her.

“Look what’s happening. They’re trafficking children. I won’t leave until I take you,” Lohan says while trailing the family, peppering the conversation with Arabic and Russian words. “Now I know who you are. Now you won’t [expletive] with me. You’re ruining Arabic culture by doing this. You’re taking these children; they want to go. I’m with you, I’m with you. Boys, don’t worry. The whole world is seeing this right now. I will walk forever. I will stay with you, don’t worry. Is he your son? From Pakistan? Don’t [expletive] with Pakistan.”

The family’s mother responded by yelling at Lohan, and delivering a smack that knocked the actress and her camera to the ground.

“I’m, like, in shock right now,” Lohan said through tears, saying she was only trying to help. “I’m just, like, so scared.”

Social media was in an uproar in response to Lohan’s video, with both hate and praise for Lohan across the Twitterverse. Some accused her of trying to kidnap the children, whereas others said that she was only trying to help the family.

....so Lindsay Lohan accused a possibly homeless woman of child trafficking and tried to steal her children, but got punched in the face, while streaming to her Instagram, is a thing that I am reading apparently happened in real life?

Lindsay Lohan’s IG live is one of the wildest things I’ve ever seen. She’s speaking gibberish in a fake accent and trying to take two homeless boys to a hotel room against their parents wishes. Their mom pushes her to the ground and then Lindsey cries into the camera.

Lohan has been lying low lately, although she did make a brief appearance at the spring/summer 2019 Saint Laurent show at Paris Fashion Week on Tuesday. Looking healthy in a black minidress and with long, red hair, Lohan joined the festivities with her brother Dakota Lohan. But besides that short appearance, Lindsay Lohan has primarily been camped out on the Greek island of Mykonos, where she has a stylish oceanfront club called the Lohan Beach House. Her unique dance moves at the house were recently caught on video, and they went viral. Word on the web was that she was planning to star in an MTV reality show that chronicled her journey running the beach club on the luxurious Greek island.

More from Yahoo Entertainment Video:
Shawn Mendes and Jimmy Fallon argue over who Justin Timberlake likes more
Kim Kardashian reveals Scott Disick wants another baby with Kourtney
'Oh, no, not the BMW': Martha Stewart trolled over post about friend's luxury car being destroyed in a flood