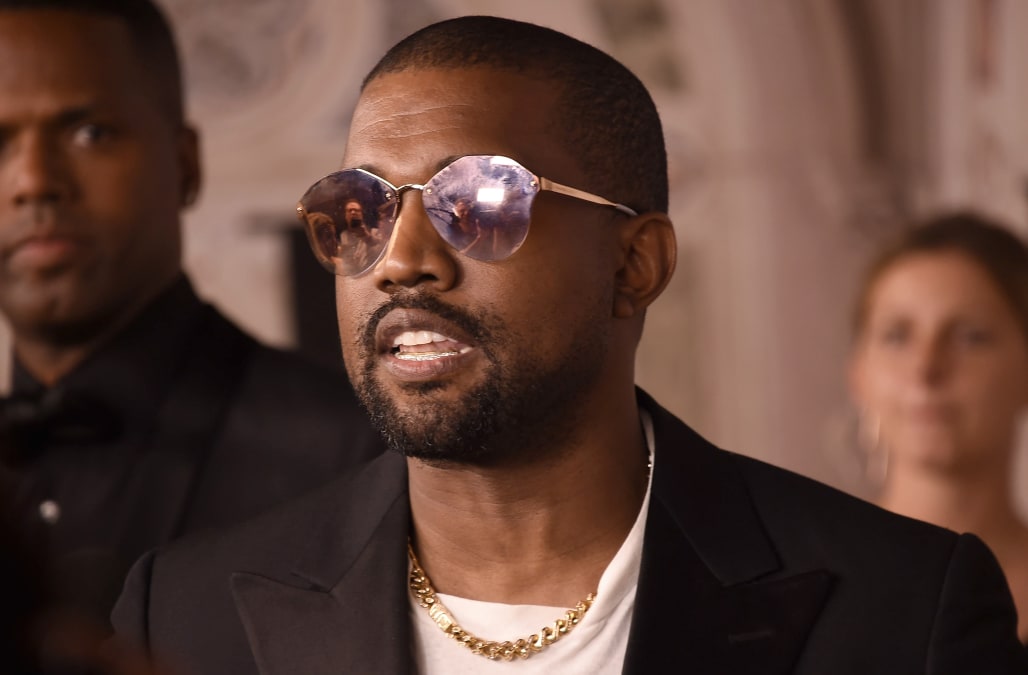 When Kanye West amps up the controversy, it usually means he’s got an album on the way, and today he both confirmed that “Yandhi” will be arriving Saturday night — and made a number of controversial statements in a visit to the offices of The Fader magazine.

West had sort-of announced last week that he’s dropping “Yandhi” this Saturday — his third album of the year, including “Ye” and his “Kids See Ghosts” collaboration with Kid Cudi — which is also the day he’s performing on the season premiere of “Saturday Night Live.” Today he tweeted confirming that the album is indeed coming Saturday night, outside of the industry’s usual album-release cycle — a stunt he also pulled with his 2016 album “Life of Pablo,” which dropped in the hours after his last appearance on the program.

He said in the tweet that he expects his album will debut behind Lil Wayne’s long-delayed “Carter V,” album, but he’s cool with it. “We know it will come in number 2 to my brother Lil Wayne and that’s lovely,” he wrote. “The universe needs Ye and Wayne music at the same time.”

The universe needs Ye and Wayne music at the same time

West also made a visit to the New York offices of The Fader today — a longtime supporter that was the first publication to feature him on its cover — and played the staffers some songs from the album that were described as “unfinished.” (Yes, the album is scheduled to drop in two days, but this is nothing new in the West world of 2018.) The album features contributions Ty Dolla $ign as well as controversial rappers 6ix9ine (who pled guilty to three felony accounts of sexual misconduct with a child) and the late XXXtentacion, who was accused of abusing his pregnant girlfriend before being murdered in an attempted robbery earlier this year. West also said he was sending one of the hooks of the song to Rihanna for her to contribute vocals, and at various times asked listeners if he should change some of his lyrics, and invited several people to his studio for further consultation.

He also engaged in what was described as “a complex dialogue about his role in the world, his business plans, and his love of Chicago.” Brief highlights from that conversation, as reported by The Fader, are below:

*He was wearing a “Make America Great Again” hat, which he said he has “redesigned.” He said, “I changed the brim, I mean I changed the shape right here and I put positive energy into the hat.”

*In a typically head-spinning contrast, he was also wearing a Colin Kaepernick sweatshirt that he had designed himself this morning.

*He said he would have preferred that comedian and admitted sexual abuser Louis C.K. host “SNL” this weekend instead of Adam Driver.

*He said that he would have “run, fought, or got killed” if he were a slave. (One of the new songs he previewed states multiple times “I’m giving up my slave name.”)

*He incorrectly stated that there were only 800 slaves in the 1800s (in 1860, the year before the Civil War began, there were 3.9 million, according to The Root). He also said that there are 2 million slaves in the U.S. now, referring to the number of people trapped in the private prison system

*On his move back to Chicago, he said he’s meeting with outgoing Mayor Rahm Emanuel soon to discuss various projects, which may or not include a building a school/studio in the heart of the city.

*He also said he wants to build a flying-car factory in Chicago with the help of former Tesla employees.

*He has been sharing updates about highlighting “positive” words in his pocket dictionary, and discussed how several of those words have informed his new music (see photo below).