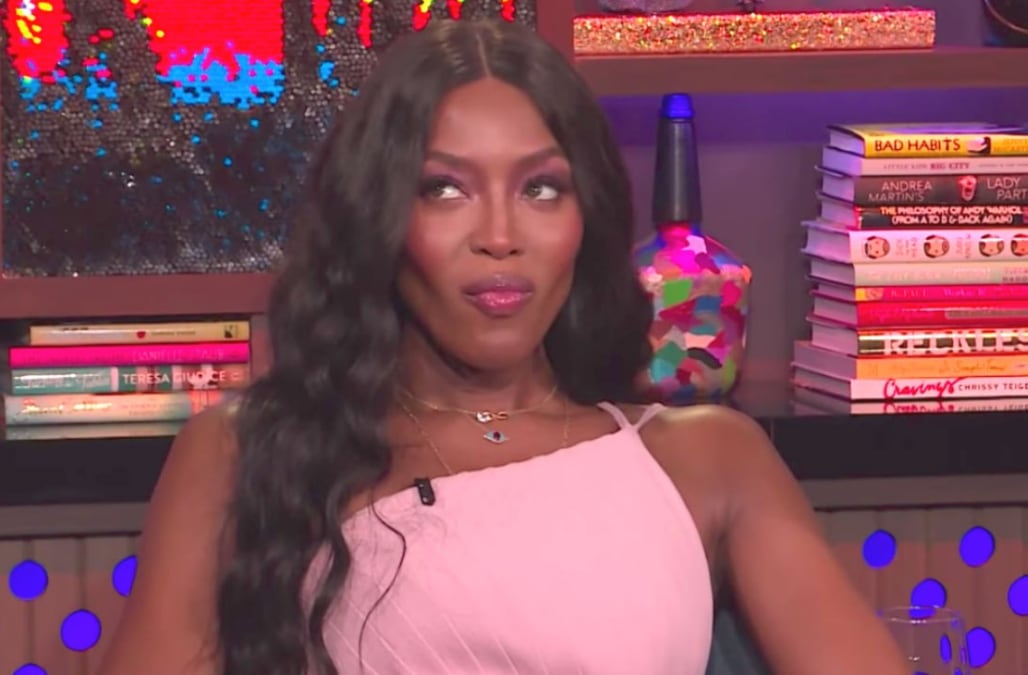 Naomi Campbell is not impressed with some of today’s biggest stars!

The 48-year-old supermodel appeared on Wednesday’s Watch What Happens Live with Andy Cohen where she was asked about Kendall Jenner being one of today’s highest paid models while saying she cherry picks her jobs.

Campbell gave her best cold stare, before saying, "Next question.”

The British stunner was also asked about Cardi B and Nicki Minaj’s fashion week fight at Harper’s Bazaar’s ICONS party. It turns out, Campbell wasn’t in attendance at the event, which she also shaded.

"It was called an ICON party, but there were no icons there,” she quipped. “Kate [Moss] and I were at home on the couch watching TV."

Jokes aside, Campbell wasn’t impressed by the two rapper’s altercation.

One new star who isn’t disappointing Campbell is 17-year-old Kaia Gerber, the daughter of Cindy Crawford and Rande Gerber.

"She’s adorable. I’m very proud of Kaia,” said Campbell, whom Kaia calls “auntie.” "I’ve sat with her and her mother… we sat at the kitchen table and went through all the shows she should and shouldn’t do at the moment because she’s a baby, she’ll get to them. And she has followed everything. Very proud of her!”

Campbell opened up to ET last year about the new generation of models, saying, “I embrace newcomers and I always will. If they want me to teach them how to walk, and I have the time, I’ll do it.”

Nicki Minaj Breaks Silence on Cardi B Brawl: I Was 'Humiliated'