Cleo Wade on her latest project with Reese Witherspoon 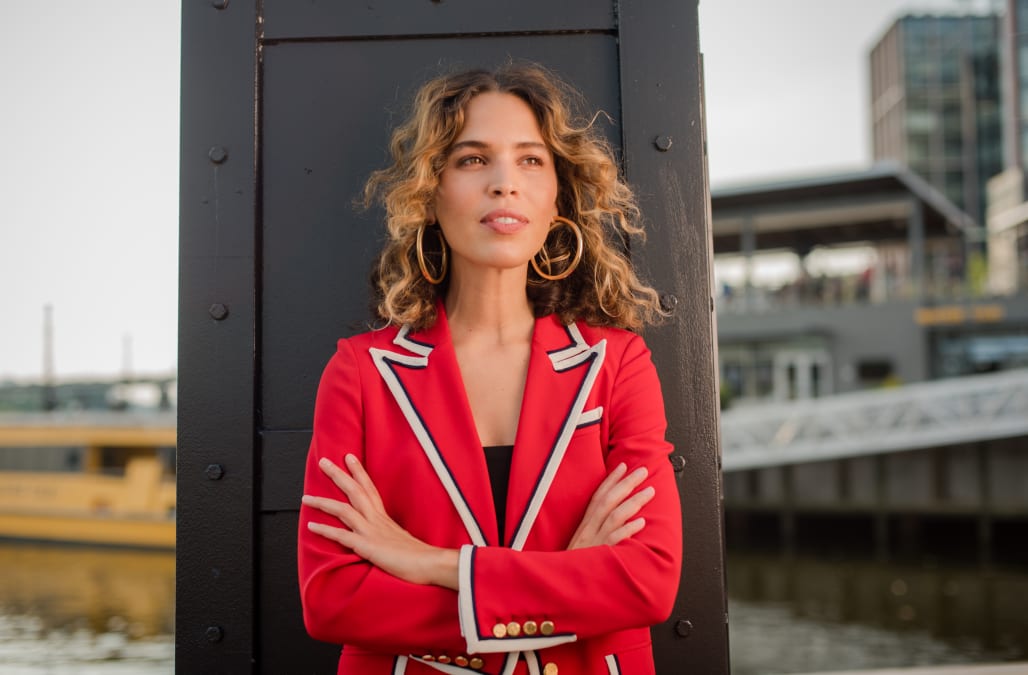 Cleo Wade has been dubbed as "the millennial Oprah" by New York Magazine.

The Instagram poet/artist won over the hearts of America with her inspiring book, "Heart Talk", which gained her worldwide recognition. Now Cleo is partnering up with fashion brand Lou and Grey for their #GirlsTalkReal initiative and working on an inspiring project with Reese Witherspoon.

We talked with Cleo about the importance of working with female-positive brands, the success of Heart Talk and what it's like working with Reese.

AOL: Why did you feel like 'Heart Talk' needed to be written for the world?

CW: I asked myself what type of tool I really needed but felt wasn’t in the world yet. I felt I really needed a book that felt like a friend or a warm blanket on a cold night, so I wanted to create that.

What was it like for you to experience the success of 'Heart Talk?' Did you know it would be this big?

I am just so grateful for all of the amazing people I have gotten to meet from putting Heart Talk in the world. I feel so lucky that as I travel around the world each of them gifts me with stories from their lives. I truly treasure that part the most.

From Olivia Culpo to Reese Witherspoon and so many more, you've received tons of support (especially on social media) from females. Why is it important for females to see that women actually can support other women?

Can you tell us about your new series "Shine on with Reese" and how that came about?

Reese created an incredible show highlighting how a diverse group of women live their lives and get their work done. I am really proud I was able to participate in an episode with one of my best girlfriends Elaine Welteroth.

Why is it important for you to continue to partner up with female-positive brands such as Lou & Grey and OKREAL?

People, especially young women, really need spaces to feel free and safe to be themselves. I am so proud of brands like Lou & Grey and OKREAL who see that and work to create spaces to support their growth and inspire them.