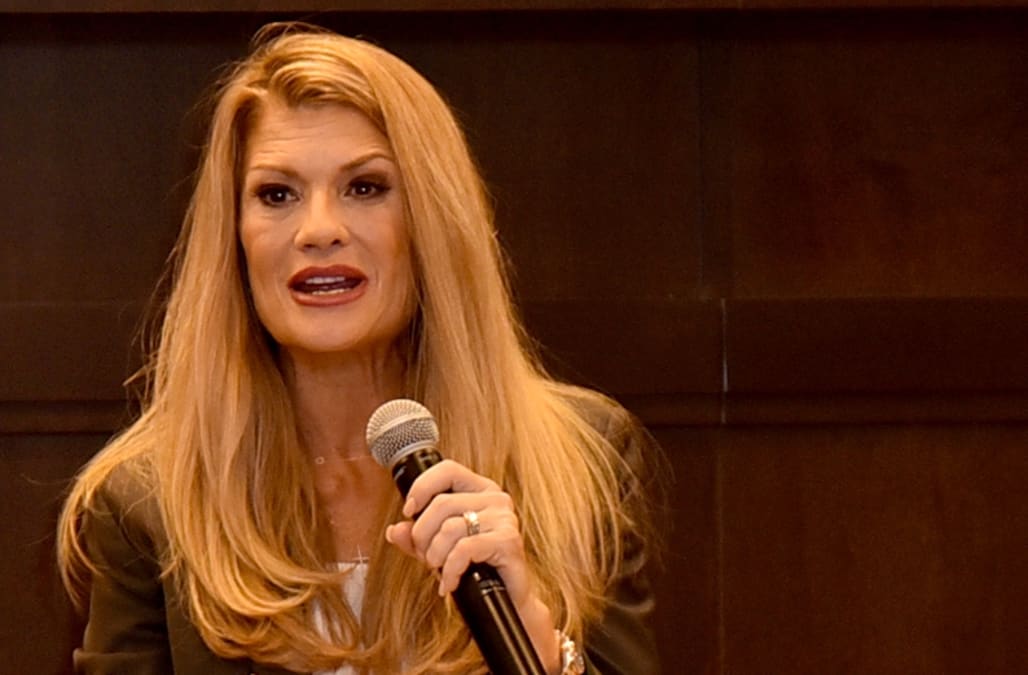 Demi Lovato’s mother is speaking out about the singer’s overdose for the first time.

With Lovato’s permission, Dianna De La Garza talked with Newsmax TV and recounted the terrifying moment in July when she learned of her daughter’s overdose. She also revealed just how serious the life-or-death incident was, sharing that Lovato was in “critical condition” for two days. De La Garza is trying to bring awareness of the opioid epidemic sweeping America.

“It’s still a really difficult thing to talk about. I literally start to shake a little bit when I start to remember what happened that day,” she began. “I was actually looking at my phone and all these texts started coming in.”

De La Garza could see the first lines of the flood of messages saying things like, “‘I just heard the news, I’m so sorry, I’m praying for your family, I’m praying for Demi.’ I was in shock. I thought, what is going on? … My heart just dropped.”

“I got a phone call from Demi’s assistant at the time, Kelsey. I answered the phone and Kelsey was rambling like she had obviously been through something terrible, and she said, ‘I need to tell you what’s going on … you’re going to see a report come out.’ I stopped her and said, ‘Kelsey, just tell me what’s going on.’ The next words that came out of her mouth were words … that are so difficult to hear as a parent,” De La Garza recalled. “She said Demi overdosed. So I was in shock, I didn’t know what to say. It was something I never, ever expected to hear as a parent about any of my kids. I said, ‘Is she OK?’ And she stopped for a second and she said, ‘She’s conscious, but she’s not talking.’ I knew at that point that we were in trouble.”

De La Garza and her other daughters rushed to the hospital to which Lovato had been transported.

“We ran into the emergency room to be by her side, and she just didn’t look good, at all,” she remembered. “She was in bad shape, but I said to her, ‘Demi, I’m here. I love you.’ At that point, she said back to me, ‘I love you too.’ From that point on, I never allowed myself to ever think that things weren’t going to be OK.”

Lovato was in “critical condition” for a “couple of days.”

“We just didn’t know for two days if she was going to make it or not,” De La Garza said. “I was very concerned, and I was trying to be strong for her and for her sisters and for my family back home. … I just feel like the reason she’s alive today is because of the millions of prayers that went up that day.” De La Garza also thanked the doctors at Cedars-Sinai: “I couldn’t have asked for a better team of people to save her life.”

It’s the first we’ve heard just how dire the July 24 situation was. At the time, reports claimed that Lovato was hospitalized for an extended period of time due to “complications.” After 10 days, she was released from the hospital and immediately entered rehab. Lovato has been seeking treatment ever since.

“I can honestly say today that she is doing really well,” De La Garza added. “She’s happy, she’s healthy, she’s working on her sobriety, and she’s getting the help she needs. That in itself encourages me about her future and the future of our family.”

Lovato’s mother said she’s now become an “accidental spokeswoman” for the opioid crisis after going through this terrifying ordeal. “You don’t see it coming, and that’s the scary thing,” she explained. “The opioid crisis in America is at an epidemic level, and people don’t understand that until they start researching it. … After this happened, I started researching and looking into how opioids are killing our kids. … Every 15 minutes someone dies from an overdose.”

She concluded: “I want to do whatever I can in this fight and fight with whoever will help me.”

It hasn’t been confirmed what Lovato overdosed on, but a source maintained to Yahoo Entertainment that it wasn’t heroin, contrary to TMZ’s initial report. It’s believed to have been oxycodone laced with fentanyl.

Before entering rehab, Lovato made a statement to her fans vowing to “keep fighting.”

More from Yahoo Celebrity:
Demi Lovato's mom opens up about the singer's overdose and not knowing for 'two days if she was going to make it or not'
Burt Reynolds cut 30-year-old son out of his will: Here's why
Kristin Davis called 'petty' and 'shameful' for sharing 'Sex and the City' throwback minus Kim Cattrall for the Emmys