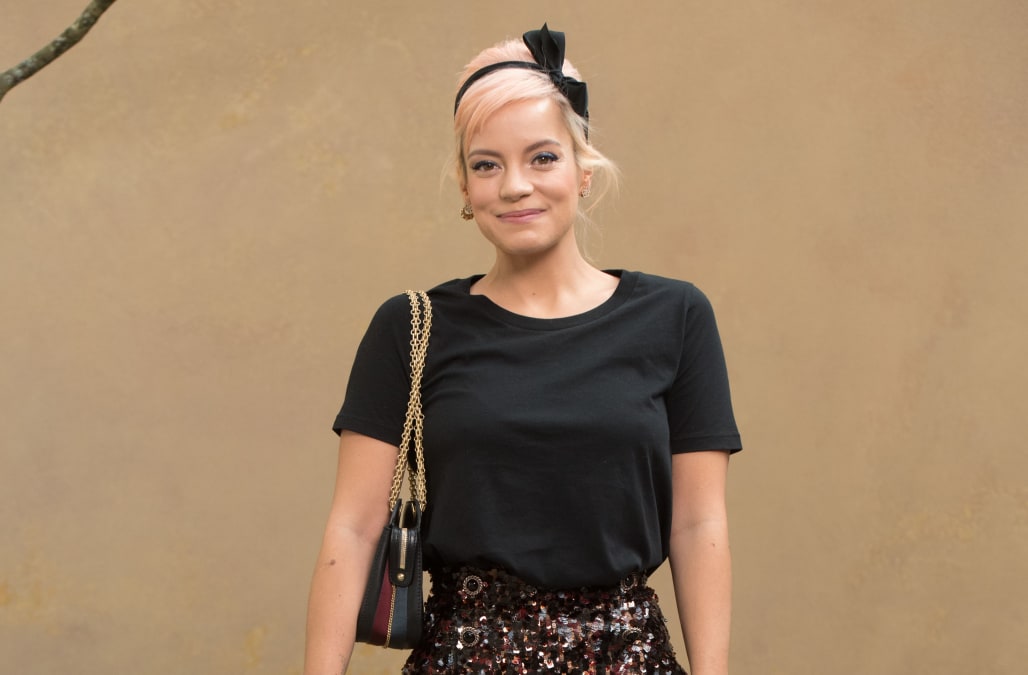 Lily Allen kissed a famous girl and she liked it!

The “Smile” singer revealed in her shocking new autobiography that she once made out with Zoe Kravitz while still married to Sam Cooper.

Allen, 33, admitted the make-out session with 29-year-old Kravitz occurred during her 2014 tour.

“For my New York shows, Zoe Kravitz and her band Lolawolf supported me, so I got to know Zoe a bit,” wrote Allen in her book, My Thoughts Exactly. “We became friends.”

“Later in the tour, when we were in Washington, the girls and their nanny, Jess, came out to visit me for a few days, but I had to go back to New York for a day or so for work,” she continued.

However, the kiss with Kravitz wasn’t Allen’s only fling with a fellow singer.

Allen also admitted to hooking up with ex-Oasis frontman Liam Gallagher, 45, after they got “hammered” together and joined the mile-high club while they flew together to Japan for the Fuji Rock Festival in 2009.

After they got drunk, she wrote, “at some point Liam and I found ourselves together in the toilet doing something that he shouldn’t have been doing, and it wasn’t drugs. Then we were in a lie-down bed together.”

“Zoe and I went out partying and ended up kissing. I heard that later that same night she’d got down with A$AP Rocky.”

“When we landed in Tokyo, Liam said, in his distinctive nasal twang, ‘What you doing now? Why don’t you come back to our hotel’… I was like, ‘Yeah, OK,’” she continued.

According to Allen, Gallagher, who was married to All Saints singer Nicole Appleton at the time, begged her to never reveal their fling to anyone.

“It wasn’t until the next day when he said something like, ‘No one can hear about this because of Nic’, then I clocked he was married,” she recalled.

Allen, who’s a mother of two, recently revealed on Instagram she even had intimate relations with female sex workers after she suffered post-natal depression amid her crumbling relationship with Cooper.

“I slept with female escorts when I was on tour, cause I was lost and lonely and looking for something,” she recently said on social media. “I’m not proud, but I’m not ashamed.”