Celeb Spotter 074: Venice Film Festival and US Open kick off 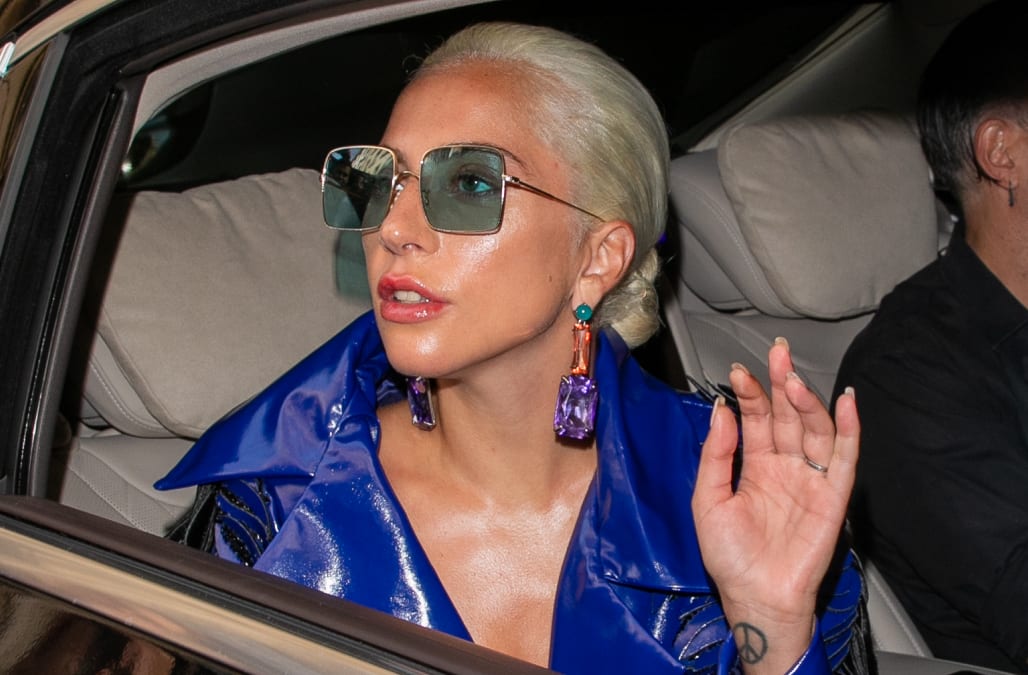 As summer winds down, two star-studded events are taking us into fall.

Both the 2018 US Open and the 75th Venice Film Festival kicked off on Monday, with a slew of major names already being spotted at the events, both of which attract major, international crowds.

At the US Open, the likes of Hugh Jackman (with his wife), Anna Wintour and Gayle King have all been photographed taking in the action on Arthur Ashe Stadium during the tournament's famous night matches. Over in Italy, Naomi Watts, Ryan Gosling and Emma Stone have highlighted the first several days of the Venice Film Festival.

Also stepping out this week were Britney Spears and Lady Gaga, both of whom were spotted in Paris rocking outfits that were notable for very different reasons.

Celeb Spotter 074: Venice Film Festival and US Open kick off

Bradley Cooper, Irina Shayk and their daughter Lea were photographed arriving at the 2018 Venice Film Festival on Thursday.

Bella Hadid flashed her abs while out and about in Los Angeles on Wednesday night.

Lady Gaga shined bright in the sunlight in Paris on Tuesday in platform lace-ups, a blue trench coat and shimmering lime green bra.

Lady Gaga and boyfriend Christian Carino were photographed leaving their hotel in Paris together on Tuesday.

Jury Member Naomi Watts stepped out for a photocall at the 75th Venice Film Festival in Venice, Italy, on Wednesday in a stunning all-white look.

Britney Spears wowed in a $25 H&M top while out and about in Paris on Monday ahead of her two Piece of Me tour shows.

Bridget Moynahan and son, John Moynahan, whose father is Tom Brady, took in the action on the third day of the US Open on Wednesday.

Register for an auction here to bid on everything from Chanel archives to collectible Hermes Birkins and so much more!

Ryan Gosling waved to fans at the Venice Film Festival on Wednesday during a rare public appearance.

Lady Gaga rocked an extravagant black leather trench as she left her hotel in Paris on Wednesday.

Blac Chyna and Amber Rose stepped out for a girls' night in Los Angeles on Tuesday night in a pair of unusual ensembles.

Emma Stone was all smiles at the 75th Venice Film Festival on Wednesday.

Lady Gaga soaked up the sun as she road a boat into the Venice Film Festival on Thursday ahead of the "A Star Is Born" premiere.

Eddie Murphy, who is expecting his 10th child, rocked an all-grey sweatsuit for a coffee run in Los Angeles on Saturday.

Spike Lee and his wife Tonya Lewis Lee cozied up on a boat at the Venice Film Festival on Thursday.

Rabbitohs owner Russell Crowe caught the action from a box during the round 25 NRL match between the South Sydney Rabbitohs and the Wests Tigers at ANZ Stadium on Thursday in Sydney, Australia.

Jen Meyer and Sara Foster posed together at The Tot x BumbleBFF x Peanut Back-to-School Block Party at The Grove in Los Angeles on Saturday.

Kris Jenner's boyfriend, Corey Gamble, was spotted out on a shopping excursion in Los Angeles on Tuesday.

Patrick Schwarzenegger was spotted grabbing coffee with an unidentified friend in Los Angeles on Tuesday.

Vera Wang and Hugh Jackman enjoyed themselves at opening night of the US Open on Monday evening.

Lady Gaga opted for an old school all-red look while heading out to eat at a restaurant in Paris on Monday.

Chloe Grace Moretz donned a chic baby blue top coat while walking back into her hotel in London on Tuesday night.

Emma Stone stepped out at the Venice Film Festival on Thursday.

"Shark Tank" star Daymond John and his fiancée Heather Taras caught Serena Williams in action at the US Open on Monday night.

Jennifer Garner was spotted running errands in Los Angeles on Monday night, a week after bringing her ex, Ben Affleck, back to rehab.

Adrienne Bailon-Houghton attended the return of "Kandyland," produced by Dylan Marer and Karma International, over the weekend at Boulevard3 in Hollywood, Calif.

Lady Gaga rocked a skintight orange dress as she left her hotel in Paris on Thursday morning ahead of the Venice Film Festival.

Emma Roberts was spotted out and about in a casual look on Sunday in Los Angeles.