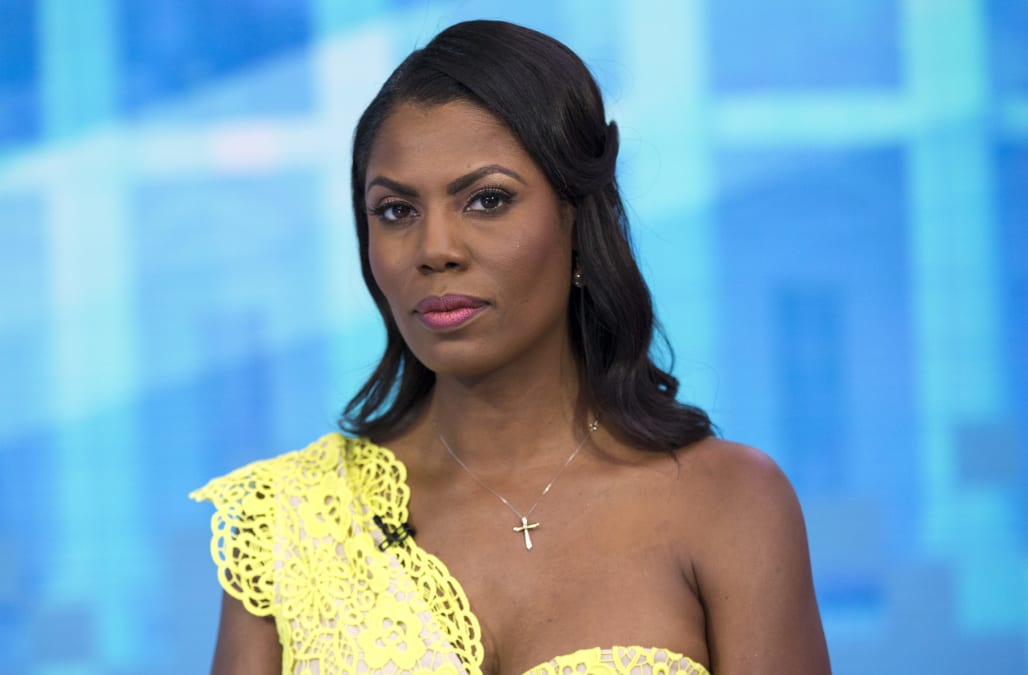 Omarosa Manigault Newman may be banned from appearing on CNN.

Amid the former White House aide's exhaustive promotional tour for her tell-all book, "Unhinged," sources close to the network are alleging that not only did they pass on an interview with her, but producers have been actively looking to book guests that will have negative things to say about her.

"Don Lemon was offered one of the first cable interviews and passed," an insider told Page Six.

While Omarosa has appeared on MSNBC and several other networks to discuss her book and her time in Trump's White House, she has yet to appear on CNN. She was reportedly scheduled to appear on "State of the Union" with Jake Tapper, but the network cancelled her appearance at the last minute.

Insiders say that it's part of CNN's effort to paint Omarosa in a bad light.

"They only wanted to book guests with nothing positive to say about her," a source told Page Six. "They were specifically looking for people who would provide a more negative slant when discussing Omarosa."

Omarosa's press tour has garnered countless headlines over the past several weeks, as more and more allegations from "Unhinged" come to light, including that the former "Apprentice" contestant has numerous secret recordings of the president and staffers like John Kelly.

See more of Omarosa's claims from her book:

Claims made in Omarosa Manigault-Newman's book

In her tell-all book entitled 'Unhinged: An Insider’s Account of the Trump White House,' the former White House aide said President Donald Trump is a 'racist' who used the N-word.

She claimed to walk in on Trump eating a piece of paper in the Oval Office.

Omarosa claimed that Melania Trump plans to 'divorce' Trump as soon as his term is over and that she is punishing him with a 'style rebellion' until then.

She claimed Trump wanted to be sworn in on 'The Art of the Deal' instead of the Bible at his inauguration.

She claimed she was offered a $15,000-a-month contract and a job in exchange for her silence by President Trump's daughter-in-law and campaign adviser Lara Trump after her firing.

In one excerpt from the book Omarosa said, 'his mental decline could not be denied,' during an interview Trump did with NBC's Lester Holt in 2017.

She claimed Trump questioned Harriet Tubman's appearance reportedly saying, 'you want to put that face on the twenty-dollar bill?'

Omarosa also claimed that Trump and KISS singer Gene Simmons talked about his daughter Ivanka's looks in front of her.

According to the book, the president called his son, Donald Trump Jr., a 'f--k up' after he released emails about the Trump Tower meeting.

Omarosa claimed Trump drinks 'eight cans a day' of diet coke and said she thinks it's causing his health to decline.